In How to Walk Like a Man by Eli Easton, Deputy Roman Charsguard is having a bit of a hard time getting used to his new human form.  When Matt Barclay enters his life, things become even more complicated.  Between protecting the town from drug runners and figuring out human sexuality, he definitely has his hands (and paws!) full!  I received one copy of this book at no charge in exchange for my honest reviews but all opinions expressed here are my own.  This post contains affiliate links.

How to Walk Like a Man by Eli Easton 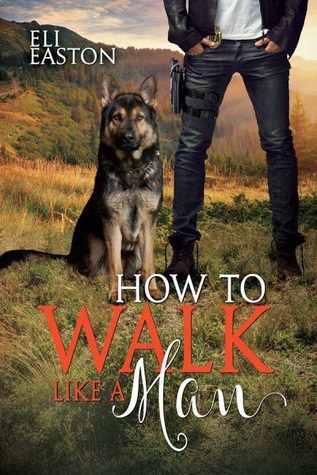 Deputy Roman Charsguard survived Afghanistan where he lost his best friend—his K-9 handler James. Roman was a military dog until two years ago when he developed the ability to shift into a human. It’s not easy to learn how to be a man. He found a place to live in Mad Creek, a haven for the secret world of dog shifters. Finding a reason to live has been harder. That is, until a certain human walks into the Mad Creek Sheriff’s office and starts making trouble.

Matt Barclay has the worst luck. First he was shot in a SWAT drug raid, then he was sent as DEA investigator to Mad Creek, a little town in the California mountains. Matt’s job is to keep a lookout for illegal drug farms, but nobody in the town wants him there. And then there’s Roman, Matt’s erstwhile baby-sitter. He’s the hottest guy Matt’s ever seen, even if he is a bit peculiar. If this job doesn’t kill Matt, sexual frustration just might.

Deputy Roman Charsguard has been ‘quickened’ for a relatively short amount of time.  That means he’s still trying to figure out a lot of human things and struggling to keep from acting on ‘dog instincts’.  Smelling people as a human is weird,  but the fact that his hands can reach his penis fascinates him.  (Honestly, there were parts of this story that had me laughing out loud and watching Roman figure out male sexuality was downright hilarious!)  Roman’s character was amazing….a man as loyal and determined as a military trained German Shepherd is truly a spectacular thing!

Matt Barclay really didn’t want to be sent to Mad Creek to keep an eye out for drug runners.  It was clear that the Sheriff did NOT want outsiders in his territory, but Matt is determined to do his job well.  He is smart, curious, and definitely attracted to Roman even if he is just a tad bit odd.  They spend a lot of time getting to know each other as they scour the wilderness around Mad Creek for illegal drug farms. I loved seeing their relationship grow and thrive and even when Roman was in dog form they were bonding beautifully.

Watching Roman try to assimilate to human life was probably my favorite part of this story.  There are bikes to ride and table manners to learn and remembering not to sniff people can be tricky.  The attraction between Roman and Matt is sweet and hot and sexy and I was thrilled when they finally figured things out and got together.  You will seriously laugh out loud at some of poor Roman’s experiences.  And Matt really doesn’t understand why there is a guy in town barking at a cat in a tree….

The story isn’t just lighthearted romance…there are drug growers to find and deal with and this portion of the story is nicely developed.  The town is trying to protect itself from outsiders intent on trouble, but they can’t reveal who they really are to Matt, no matter how closely they have to work together.

Roman’s sadness over the loss of his handler while still in service is incredibly touching and sad.  I have had German Shepherds.  I am passionate about the entire military K9 program.  I know how loyal these dogs are and how much even a ‘regular’ dog grieves when it’s handler dies.  Seeing those emotions in Roman really tugged at my heartstrings.  You can just feel how hurt he still is over the loss.  Watching him fall for Matt and knowing that he had a new place to put that incredible love and loyalty made me very happy!

I truly LOVED How to Walk Like a Man.  It was just the right balance of sweet and hot with a bit of angst and drama and humor thrown in to keep you turning the pages.

How to Walk Like a Man by Eli Easton is part two of the series and you really should read How to Howl at the Moon first.  You will learn all about how dogs become quickened and be introduced to all the main characters in Mad Creek.  It is a fabulous book and you can read my review before you buy!

How to Howl at the Moon by Eli Easton 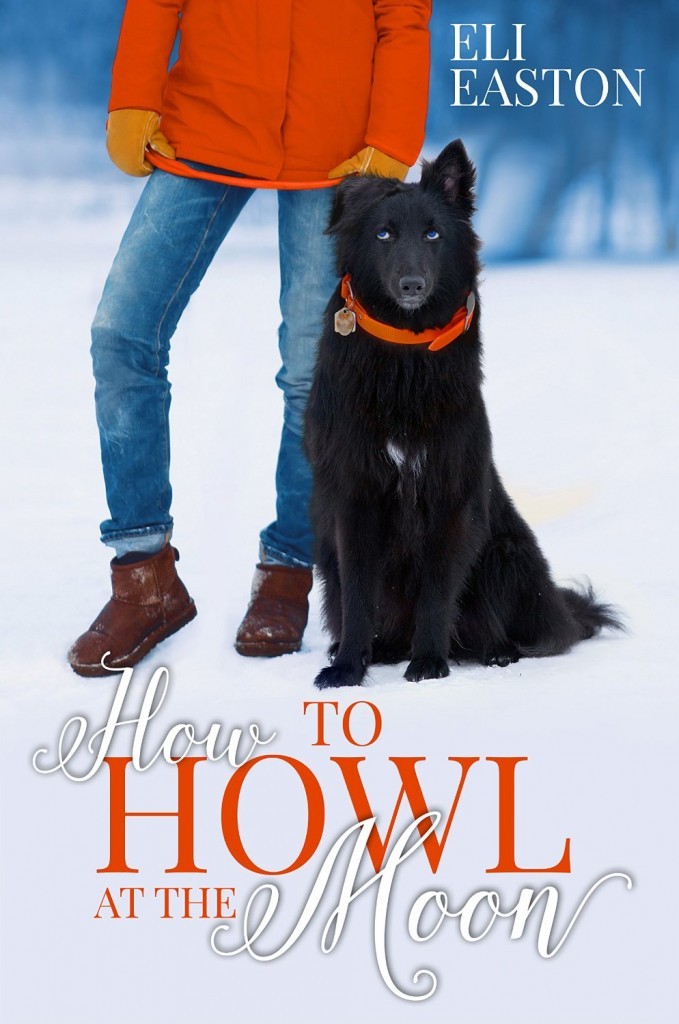