A Vampire’s Claim by Jordan Ashton is a short and sexy vampire romance with plenty of action and adventure.  Read on for an excerpt from the book as well as a chance to win a copy of the book for yourself!

A Vampire’s Claim by Jordan Ashton 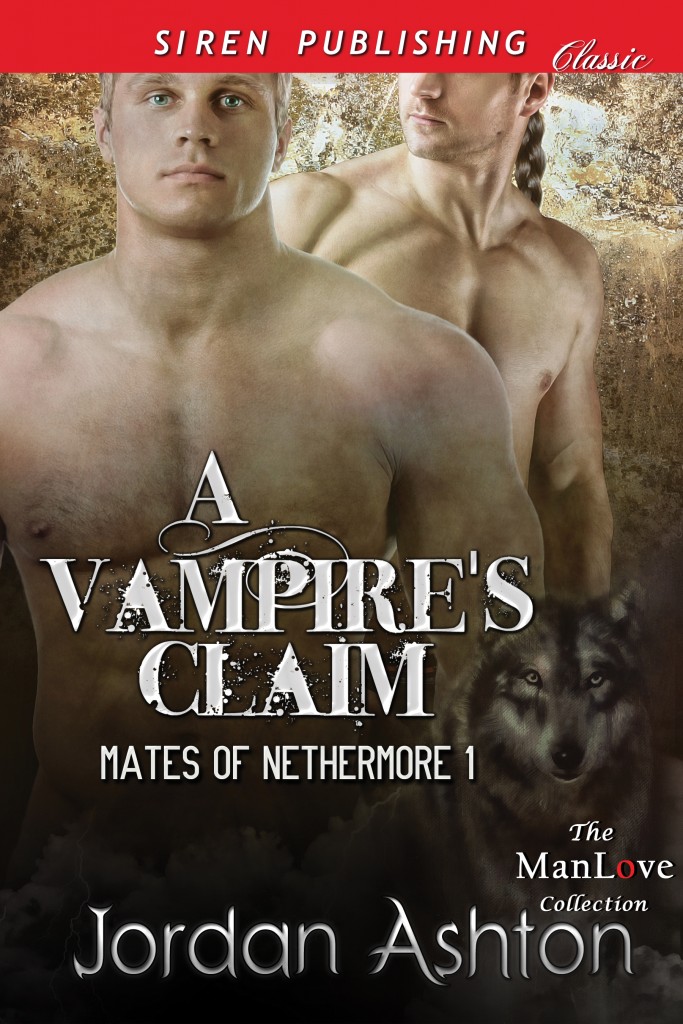 Series: Mates of Nethermore Book One

Vincent Ambers hasn’t seen the outside world in months thanks to the Draco vampire clan that have kept him and his brother captive. When he finally escapes, he runs into a handsome stranger named Mason Pride who offers him his help to save his brother. But after all the evil Vincent’s seen in this new dystopian world, he’s afraid to trust him and let him into his heart.

Mason Pride is a wolf shifter who slays vampires in his spare time along with his brothers. When he comes across a cute, frightened man named Vincent Ambers who looks like a vampire, drinks blood like a vampire, but who doesn’t quite act or smell like one, he’s not only intrigued, he’s also smitten. Although his brothers want to kill Vincent, all Mason wants to do is hold him in his arms and protect him.

When Mason and Vincent head to the Draco lair to save Vincent’s brother, they get caught in a complex web of love and danger, because although Vincent claims he isn’t a vampire, he isn’t quite human either. Can Mason make Vincent trust him and open his heart to the everlasting love that exists between them, while protecting him from the vampire clan that wants him back alive or undead? 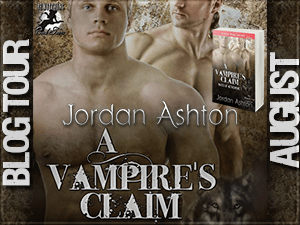 Vincent Amber’s weighing heart lightened when he saw the rusted screw. It stuck out of the mortar screaming for his attention. Could this be the glimpse of hope he had been waiting for?

He stared up at the vampire who had brought him his drink, his vile undead stench permeating the room and making Vincent’s stomach sour. His enemy didn’t speak. No words were needed for his task. And as soon as he had deposited their nourishment, he exited not having noticed the excited glimmer in Vincent’s eyes

He waited until he was sure the vampire’s acute sense of hearing couldn’t pick up his voice, then whispered to his brother Warren, “I think I know a way we can escape.”

Vincent stretched, reaching for the brick wall and grasped the head of the rusted screw. He prayed the mortar it was screwed in was as old and battered as the screw itself and it would loosen with vigorous twisting.

When it wiggled with his touch, he gasped. “Yeah, just hold on. I almost got it.”

“What do you almost have?”

When it had completely come free, Vincent held it in his hands, observing the oxidized tip. It was sharp enough to do the job. “This.” He held up his possession.

Warren’s eyes and face brightened. Vincent hadn’t seen his brother smile in months, ever since the Draco vampire clan raided their home, killed their parents, and kidnapped Warren and Vincent. They had been the vampires’ source of nourishment and entertainment ever since then, prisoners in a three-story farmhouse not that far off from the highway and the town.

The Draco clan had taken it over about six months ago, using it as their lair and hide out.

Using the sharp edge, Vincent began to rub it against the rope constraining his hands in a back and forth motion across it. Thanks to its dry, brittle’s texture, it frayed easily.

He laughed. “Ha, I bet they didn’t even search the basement before they moved us here yesterday.”

“Yeah, they were too excited to make room for their new prizes and too cocky to think we would try to escape.” Warren leaned closer to peer at Vincent’s handiwork. “Is it working?”

Vincent pulled his bound wrists apart. The rope snapped. “Yep.” He quickly got to work loosening his feet.

It took him less than ten minutes to free himself and his brother. They stood and wiggled, loosening their tight muscles in an inept motion. It felt off to Vincent after having been constrained for so long. He walked to the boarded window on legs like jelly.

“We have to do this quick before they catch on,” Warren warned.

“I know.” He searched the toolbox on the shelf next to the window. Luck was finally on their side this evening. He found a hammer in it. He couldn’t believe it. He wondered if he were dreaming, a dream from which he’d wake up any second. After all these months of being held captive, they finally had a chance at freedom.

Using the claw side of it, he pulled out the nails and loosened the wood board. He opened the window in stealth silence and they quietly crawled out. Once outside they took deep breaths. The cool, crisp evening air caressed the lining of their lungs and his skin. Goosebumps spread with Vincent’s experience. They began to run as fast as their unaccustomed, wonky feet and leg muscles allowed.

“We just have to make it to the road.” Vincent panted. He guessed from the moving light beams ahead they were about two hundred yards away from the highway.

And when he thought they had finally made it, he heard the sound of flapping wings. A haunting wave rolled over him. He knew what that ominous sound meant.

He turned his stiff neck to look up over his shoulder and saw them. He shuddered. Vampire bats were approaching at lightning speed.

“Hurry, Warren!” he shouted as he picked up speed.

A few seconds later he heard his brother scream.

Enter the Giveaway below for a chance to win: