In Overexposed by Megan Erickson, love runs wild on the Appalachian Trail.  Two men who are fractured in their own unique ways learn to love and depend on each other in the wilderness.  But can their feelings for each other last once they leave the trail?  I received one copy of this amazing Appalachian trail romance at no charge in exchange for my honest reviews but all opinions expressed here are my own.  This post contains affiliate links. 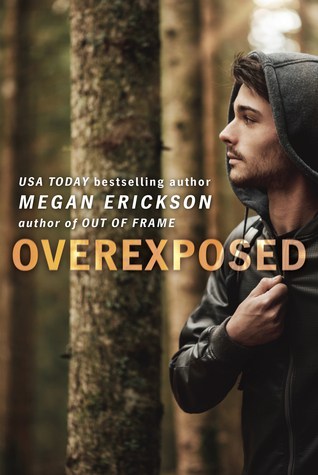 Learn more about Megan Erickson by checking out the author’s website or following along on Goodreads or Twitter.

Levi Grainger needs a break. As a reality show star, he’s had enough of the spotlight and being edited into a walking stereotype. When he returns home after the last season of Trip League, he expects to spend time with his family, only to learn his sister is coming back from her deployment in a flag-draped casket. Devastated, Levi decides the best way to grieve will be to go off grid and hike the Appalachian Trail—a trip he’d planned to do with his sister.

His solitary existence on the trail is interrupted when he meets Thad, a quiet man with a hard body and intense eyes. Their connection is stronger than anything Levi has ever experienced. But when Levi discovers the truth about what Thad is hiking to escape, their future together looks uncertain, and uncertainty is the last thing Levi needs…

Overexposed by Megan Erickson is book 4 of the In Focus series but can be read as a stand alone novel.  This was the first book of the series that I have read and quite honestly, it was amazing.  I quickly bought the first 3 books in the series as soon as I finished it and spent an entire weekend reading all of them.  I have nothing but great things to say about this Appalachian trail romance!

Levi is introduced in a previous story but, basically, he has just finished a year on a reality TV program where he was cast as the out and proud, flamboyant gay guy.  It was exhausting and he was looking forward to hiking the Appalachian Trail with his sister when she came home from her deployment.  However, his sister does not make it home alive and Levi is devastated.  They were incredibly close and he decides that he wants to hike the trail anyhow, in her memory.  Even if he isn’t the most qualified hiker in the world.  He is determined and he needs the escape.

Levi’s solitary trip is interrupted when he meets a mysterious man named Thad.  He is incredibly quiet, very intense, and clearly, has some of his own demons that he is battling.  But, they make a great hiking pair and form an incredibly intense connection.    Thad is an intense puzzle that Levi desperately wants to figure out.

I won’t give you all the details of the romance and drama that ensues.  You will have to read the book for yourself to really dig into that.  However, Thad has issues that he needs to deal with and it is not all smooth sailing between him and Levi.  Their intense Appalachian trail romance leaves the trails after a while and heads back into civilization where both of these guys come face to face with their own realities and they aren’t always pretty.

The story is told from Levi’s point of view so you don’t really get to know Thad all that well.  However, you do get snippets of text messages from Thad to an individual from his past which gives you brief insights into his history.  I must admit, I did want more and probably took off a fraction of a point just because he remained a bit of a mystery for too long and I really wanted inside his head.  He is a man of VERY few words so you don’t really get to know him all that well.  He feels an amazing pull towards Levi that is undeniable, even if he is hesitant to let go of his heart.

The relationship development in Overexposed by Megan Erickson is truly amazing.  These two guys have very troubled pasts and they are hurting inside.  While they are battling their own demons in their heads, they are starting to realize that their hearts are getting involved.  Neither one is sure they are willing to risk being emotionally hurt and it definitely causes some hiccups as their feelings come into play.

The chemistry between these two guys is amazing but the sex never overpowers the story itself.  The relationship development, character struggles, and the details about the hike play a much more significant role in this story than the sex but when they DO get together, it is intense!

Overall, I definitely recommend Overexposed by Megan Erickson.  And having now read all the rest of the books in the series, I can honestly tell you to buy them ALL!