The Author Spotlight will focus on a different author every few weeks – it may feature an experienced writer who has a long history of published books, or a new author who is destined to be a future star. Today our Author Spotlight will be on Doug Lloyd. You can keep in touch with Doug at the links following the interview! 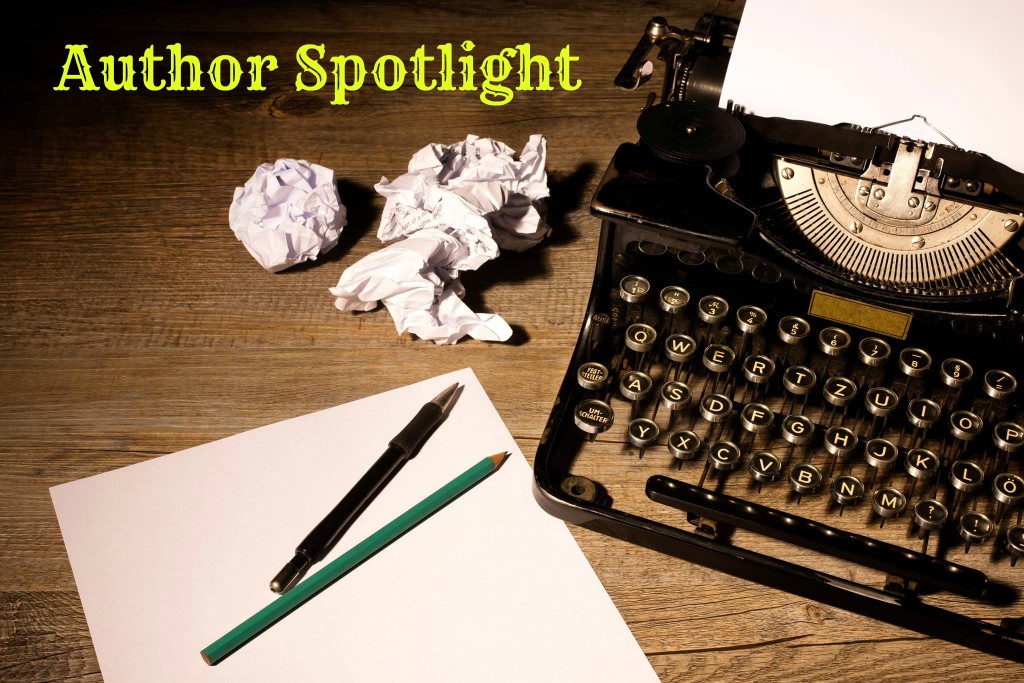 First off, I want to thank Doug for taking the time to answer these questions for me. Please feel free to leave any questions you may have in the comment section below! 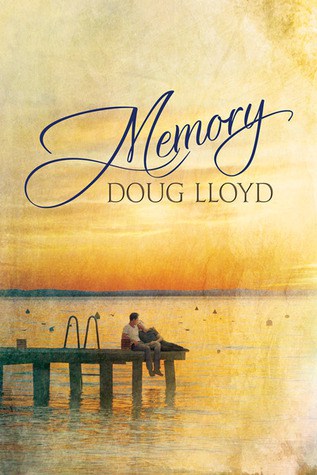 Doug Lloyd is an author in his late twenties who moonlights as an attorney and business consultant in his spare time. Despite his many attempts to be artistic (music, drawing, film, clay arts), he has found writing to be the only creative outlet he is marginally good at. He is a trivia sponge—a trait which tends to make writing novels take substantially longer during research—and former *Jeopardy!* one-day champion. Despite being born and raised and living his whole life in the Boston area, he is not a fan of the cold weather and snow and plans on one day moving someplace where the climate is a bit more balanced. Until then, he continues to wear one of his many orange sweaters during the winter months. Doug enjoys writing across many different genres—romance, thriller, science fiction, and more—though his works tend to feature LGBT characters in major roles. When not clacking away at the keyboard, Doug spends time with his husband Eric and their three pets in Massachusetts, where they live. He is also an avid board- and video-game enthusiast, chef in his own mind, chocoholic, and insomniac.

Paul Nelson, a military veteran home from Korea, refuses to stand by and watch Kenneth Pittman, a young man he’s just met, get beat up by a group of teens. After a few chance encounters with Kenneth, Paul questions parts of his identity he’s been trying to suppress, and despite his struggles re-acclimating to civilian life and his personal fears, Paul finds the courage to ask Kenneth on a date. The two then begin a relationship. But in the 1950s, cultural and societal norms threaten openly gay men. Paul and Kenneth can only see each other in secret, and Paul’s new boss, a former investigative journalist and proud bigot, has a habit of meddling in his employees’ lives. After tragedy strikes close to home, the two men question whether their slice of happiness is worth the trouble or if safety is more important. After vacationing together in Provincetown, a gay haven, to escape the chaos, they decide to stick it out, only to return to the consequences of being outed to everyone they know. Ultimately, Paul realizes the freedom he fought for should apply to them too, and he must bravely act in defiance of society’s expectations to be with the man he loves.

This story is something that had been bouncing around in my head for at least a couple of years before I wrote it. The first draft was actually prepared during National Novel Writing Month (NaNoWriMo) in 2013, after I finally got tired of not doing anything with it and NaNoWriMo provided the perfect excuse to put pen to paper — or, rather, fingers to keys! I was very lucky to grow up in a time and place that is and was very accepting of LGBTQ culture, but clearly that was not the case sixty years ago. I think what drew me to writing a story set back then was not only that I enjoy history, but also to force me to think about and process life at a very different stage of the LGBTQ rights struggle.

Paul and Kenneth are each very loosely based on people I know, though I won’t say who! I also once worked at an LGBTQ rights organization and while working there heard of a pair of elderly gentlemen who, like Paul and Kenneth, met in the 1950s and were finally able to apply for a marriage license because their state had recently legalized same-sex marriage. It made me wonder what they must have gone through over sixty years, and more to the point, how difficult it must have been for them to start and maintain a relationship back then. How much secrecy there must have been, code words, and close calls. Having Paul be a military veteran was an extra wrinkle I added because I think the irony for gay members of the military then must have been so bitter. All the propaganda of the time was that American involvement in war was about democracy and freedom, but no gay vets could dare try to be “free” in themselves when they returned home.

As for when, it’s definitely late at night. I’ve always been a night owl, and so I’m most productive as a writer probably between 10pm and 2am. I don’t really have a favorite place to write; as long as there’s a comfortable chair I’m happy. Most of the time I’ll just prop my laptop on the table in front of the very comfortable couch in my basement, but there are a couple of small coffee shops nearby with big, soft chairs tucked into quiet nooks. Either way, I also will put on my noise-canceling headphones and listen to some 80s music (my favorite!), usually with the same song repeating over and over so that I have background music and noise, but it’s not the kind of thing where I want to stop and sing along.

I read a lot of books for work, although I wouldn’t call them pleasure reading, so I assume we’ll exclude those from consideration! In terms of the last book I read for enjoyment it was Aziz Ansari (from Parks and Recreation)’s new book “Modern Romance” which is both hysterical and also quite interesting. I highly recommend it!

I’ve always enjoyed creative writing, and have explored many different outlets for it — I’ve written poems, plays, musicals, and for college television — but this was my first ever novel. Writing is not my full-time career though, much as I might like it to be. I do some freelancing with web design because I have a background in computer science, but right now I spend the bulk of my working time as an attorney in solo practice, which is pretty interesting!

Well like I said, definitely some trashy music on repeat while the actual typing is going on! In terms of the process before that point, I keep things pretty fluid. I have a rough sketch of where I want things to start and end, and usually I have a couple of specific scenes that jump out at me that I consider waypoints that I have to hit along the way. (For people who have read or will read Memory, the scene relatively early in the book where someone drives the car in the construction area was one of those “waypoints”.) But that’s it, it’s a very rough outline. I fill in the gaps by letting my mind go wherever it will. And I don’t go back and delete anything until the first draft is complete. Sometimes large chunks of the story will get cut out and redone in later drafts, but sometimes I’m pleasantly surprised by where the story has gone. Not using backspace is one of the tips I got from NaNoWriMo, and it’s probably the best thing I’ve internalized from that experience. Get the story out in some form first, and then refine it later. If you have to plot out every detail in advance, you may never get around to telling the story at all, and that would be a shame!

If there was more mainstream LGBTQ popular media, I think the perception of LGBTQ people themselves would change from what has historically been a rather negative perception to one that is gradually becoming more and more accepted socially. I’m very lucky to live in an urban area with liberal attitudes towards it, but not everyone does or can. But just about everyone can read a book, watch TV, or go to the movies. And if those books, shows, and films feature LGBTQ characters living their lives like everyday people, it becomes easier and easier to feel comfortable with LGBTQ people, even if someone thinks they don’t know any in their area. Of course, being gay myself makes the desire to contribute something featuring LGBTQ characters that much more important. As for romance… who doesn’t enjoy a good love story? I don’t think I’ll exclusively write romance novels going forward, though I expect future novels will still prominently feature LGBTQ characters.

I’m a passionate foodie too. I cook all the time and love experimenting with new things. That said, I have a bit of a weakness for boxed macaroni and cheese; I always keep a few boxes on the shelf for quick meals when I just don’t feel like cooking, or a guilty pleasure late-night snack! 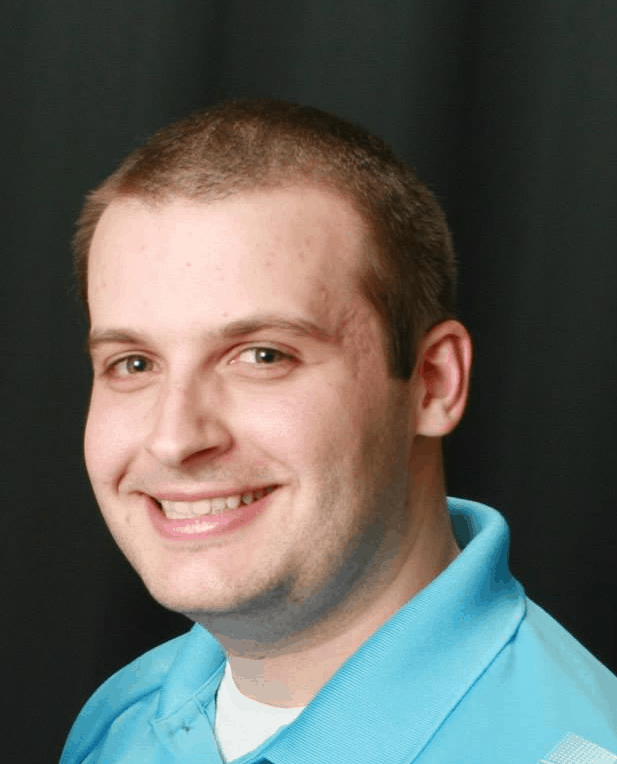