Becoming His Master by M.Q. Barber 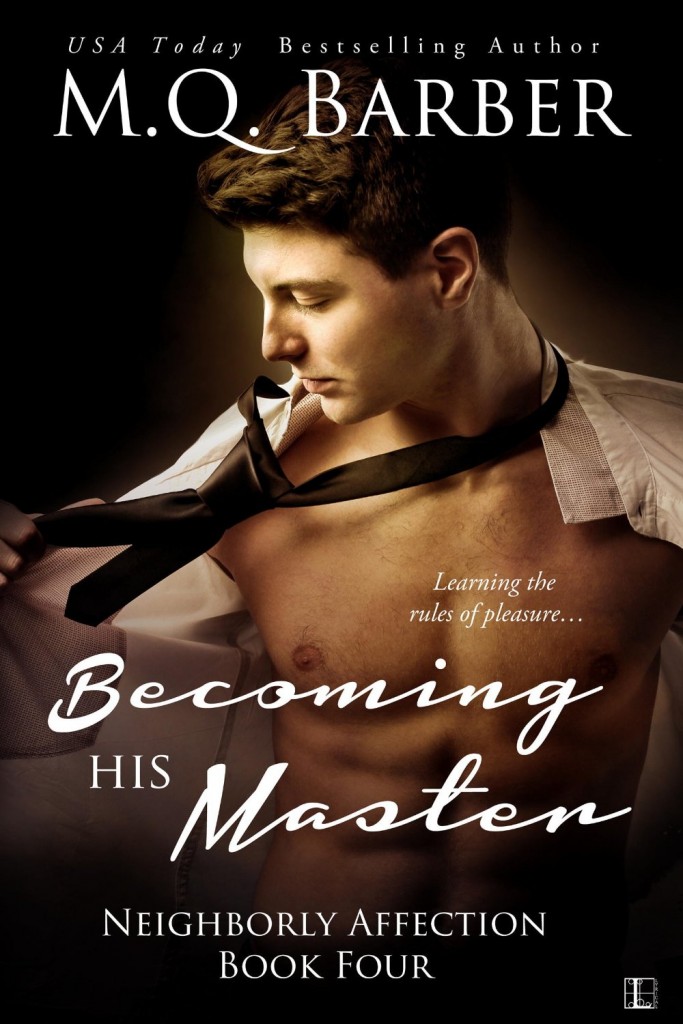 From rescue to romance…

Teach a wounded submissive the value of his service. The task ought to be an easy one for an experienced dominant like Henry Webb.

But novice Jay Kress challenges his teacher like no other. Still bearing the bruises of an encounter outside the bounds of safe consensual play, Jay is desperate to submit to the man who saved him—and shamed by his desires.

Henry recognizes the dangers of a relationship built on hero worship. He’ll teach Jay how to stay safe, that’s all. He won’t take advantage of the younger man’s trust. He won’t share his fantasies about his dark-haired, athletic student. He’ll never claim this submissive for his own…

Becoming His Master is the first book in the Neighborly Affection Series that I have read, however it is completely understood as a standalone novel.

Jay has serious confidence issues and will say yes to any demand, merely because the Dom wants him to.  He has acted the submissive for far to many abusers over the last few  months and Henry worries for good reason.  However, his hero worship of Henry may get in the way of them developing a successful relationship.