Thank you for stopping by today’s blog tour for Believing Rory by S.C. Wynne.  This book is a coming of age romance between two men who are struggling to stay strong emotionally after a friend’s sudden death.  I received one copy of this book at no charge from the author and you will find my review further down.  You can also read an excerpt from the book and enter the giveaway that the author is hosting. 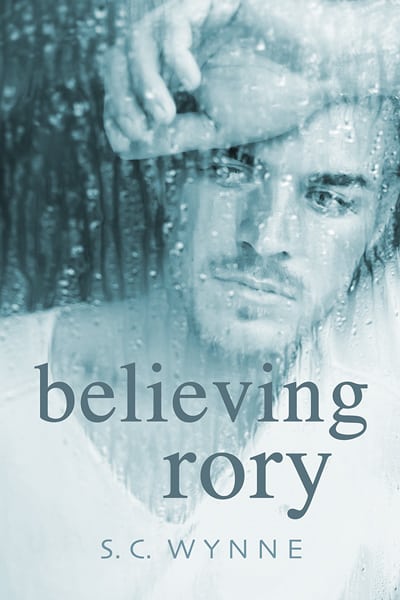 BLURB:
Will Rory bring them together or stand between them?
Eighteen-year-old Lane
Graham has always relied on his braver, more confident buddy, Rory. But Rory’s
sudden suicide blindsides Lane and sends him into an emotional tailspin. How’s
he supposed to start college in a few months feeling this damaged?
Baron MacDonald knew
Rory from playing League of Legends together. He was always intrigued by Lane’s
online presence, and Rory had promised to set them up. Now that Rory’s gone,
Baron has to approach Lane on his own.

On the surface, Baron and
Lane couldn’t seem more different. Baron is confident and serious, and Lane is
guarded and uncertain. But it’s the pain beneath the flesh that binds these two
souls together like barbed wire and cement.

Believing Rory by S.C. Wynne is a hard book for me to review. The story is incredibly well written with well thought out characters and it really just drags emotions right out of you.  While the author did a great job with the writing and the storyline, it was a hard book for me to enjoy due to the very deep nature of the subject matter.

Lane has just lost his best friend Rory, who committed suicide.  He has always had zero self-confidence and is struggling emotionally to keep going after Rory’s death.  He meets Baron, who was apparently a friend of Rory’s that Lane didn’t know about.  They had all met playing online games but Lane didn’t realize that Rory and  Baron had actually become friends.  It throws him for a loop but the two of them bond trying to stay strong after Rory’s death.

Baron seems so together on the outside but he is actually battling some pretty strong internal emotions.  He is trying to balance being the perfect son, the perfect friend, the perfect student and it is incredibly overwhelming.  I found Lane and Baron bonding over various methods of killing themselves rather morbid and depressing but probably realistic given their histories.

The author does a great job developing the secondary characters.  I really liked Lane’s little brother Kit and enjoyed seeing Lane build his relationship back up with him.  His mom seemed like a typical mom….trying to balance the worry with giving Lane some independence.

The real problem I had with the book was really just the heavy subject matter.  It starts off rather depressing and really doesn’t get too much happier for most of the book.  It dragged me down and I really struggled trying to read it.  There doesn’t seem to be a light to balance the dark of this book.  And since the guys are 18, the relationship they develop is full of angst, drama, yelling, jealousy, etc. There are lighter and more romantic moments occasionally but they are few and far between.

Believing Rory by S.C. Wynne  is a well written story which brings to light some very deep emotions.  It is a good story but a very heavy one.

“See you in class, I
guess.” She wanders away into the crowd of students. She’s still easy to spot
with her pink hair, though. Maybe that’s the point.

S.C. Wynne started writing m/m in 2013 and did look back once. She wanted to say that because it seems everyone’s bio says they never looked back and, well S.C. Wynne is all about the joke. She loves writing m/m and her characters are usually a little jaded, funny and ultimately redeemed through love.
S.C loves red wine, margaritas and Seven and Seven’s. Yes, apparently S.C. Wynne is incredibly thirsty. S.C. Wynne loves the rain and should really live in Seattle but instead has landed in sunny, sunny, unbelievably sunny California. Writing is the best profession she could have chosen because S.C. is a little bit of a control freak. To sit in her pajamas all day and pound the keys of her laptop controlling the every thought and emotion of the characters she invents is a dream come true.
If you’d like to contact S.C. Wynne she is amusing herself on Facebook at all hours of the day or you can contact her at scwynne@dslextreme.com
||  Facebook  ||  Twitter  ||  Blog  ||  Website  ||

Winner’s Prize: $10 Amazon GC & an e-copy of a book from the author’s backlist!