In Canning the Center, Jamal finds the perfect man and woman all wrapped up in one beautiful package.  I received one copy of this book at no charge from the author in order to facilitate my review.  All opinions are my own. 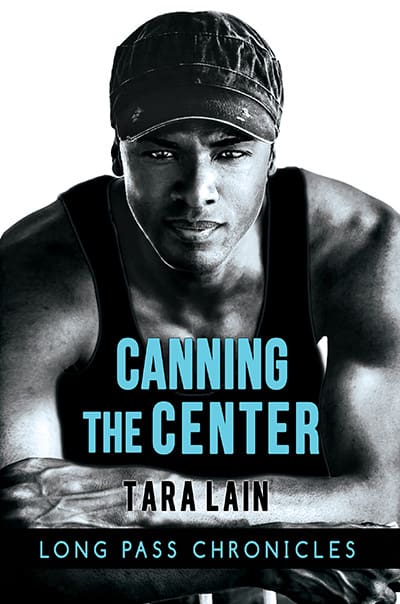 Six foot seven inch, 300 pound Jamal Jones loves football, so when he finds out the ultra-conservative owner of his new pro football team fired their current center because he’s gay, bisexual Jamal decides to stay in the closet and hang with the females. Then, at a small drag show, he comes face-to-face with his sexual fantasy in the form of Trixie LaRue, a drag queen so exquisitely convincing she scrambles Jamal’s hormones — and his resolve to nurse his straight side.
Trevor Landry, aka Trixie LaRue, hides more than his genitals. A mathematician so brilliant he can’t be measured, Trevor disguises his astronomical IQ and his quirk for women’s clothes behind his act as a gay activist undergrad at Southern California University.
To Trevor, Jamal is the answer to a dream — a man who can love and accept both his personas. When he discovers Jamal’s future is threatened if he’s seen with a guy, Trevor becomes Trixie to let Jamal pass as straight. But Trevor risks his position every time he puts on a dress. Is there a closet big enough to hold a football pro and a drag queen?

Available for purchase at
All Romance eBooks

Canning the Center is part of the Long Pass Chronicles series.  While you can certainly enjoy the book without reading the first one (Outing the Quarterback) you will definitely have a better feel for the characters if you read them in order.

In Canning the Center we meet Jamal who is 6’7″ of brawny football player.  He also  has the heart of a teddy bear and leans more towards the ‘liking guys’ end of the bixexual spectrum.  With his new career as a professional football player, he decides he needs to keep that part of himself in the closet if he is going to make it as a professional athlete.  This proves to be a bit harder than he thought it would be.

Trevor Landry, aka Trixie LaRue, is also hiding but his closet holds more than just a liking for men.  With an IQ off the charts and a love of women’s clothes, he has a lot to lose if his closet door gets opened.  But Jamal pushes all his buttons and is the first guy he meets who truly embraces both sides of his personality. In order to keep Jamal in his closet, he starts accompanying him out and about as Trixie but the risk they are taking is pretty huge.

I loved Jamal’s character in Outing the Quarterback so I was thrilled to see him get his own story.  He is big and burly on the outside but tender hearted and soft spoken at heart.  You can really feel his internal struggle as he tries to decide if coming out of the closet is important enough to sacrifice his football dreams for.

Trevor/Trixie was such an awesome combination of characters all rolled into one.  There is alot of angst to deal with due to the stress of his classmates finding out about his crossdressing.  I really felt bad for him having to stand by Jamal’s side as Trixie and worry the whole time about being discovered.  His inability to be himself even in front of his friends at school really bugged me and I was chomping at the bit for him to ‘man up’ (or ‘woman up’!) and tell the world the truth.

The sex between these two is hot, passionate and frequent.  Not so much that it takes away from the story but enough that you know they can’t keep their hands to themselves.  I loved the heat and tender emotion that flowed between these two.

I definitely recommend Canning the Center and am looking forward to the next book in the series!

Excerpt
Trevor stuck out a
hand. “My name’s Trevor. Pleased to meet you.”
Jamal reached out to
take the offered handshake and—whoops! In one gentle pull on Trevor’s arm that
clearly required no effort on Jamal’s part, Trevor was up against that huge
chest. “I’m Jamal. I don’t mean to be presumptuous. Just tell me to stop. But
if I don’t kiss you again soon, I’m a dead man.”
Trevor smiled up
into those dark brown eyes. “I would never want to be accused of murder.”
Such full, full
lips. They moved slowly down, down to Trevor’s. The first touch sent a flash
like lightning through every nerve, and he shivered.
Jamal pulled back.
“Cold?”
“Quite the
contrary.” He wrapped his arms tightly around the bunny’s neck.
Invitation
delivered. Jamal’s mouth closed over Trevor’s. Those lips were just as soft as
they looked, but not as silky as the tongue that slipped into his mouth. Oh my,
a girl could get drunk on this sweetness. Trevor opened and received, allowing
exploration—and sharing it. His poor abused cock, which had spent a couple of
hours locked between his asscheeks, wanted to stretch in a whole new direction.
Sweet God, he hadn’t throbbed like this in ages. One leg crawled up Jamal’s ass
all by itself—and it was a long way up. Too far to get his bulge anywhere near
its rightful companion. His eyes popped open. “Well, damn. Not much chance of
sexing you up unless we’re lying down.”
Jamal chuckled. “Oh
no, sweet thing, there are advantages to all these muscles.”
He picked Trevor up
under the butt. Yes! Contact.
Trevor looked into
those melted chocolate eyes. “I am estimating your equipment fully matches in
size the other proportions of your body?” He wrapped his legs around Jamal’s
surprisingly narrow waist.
Instead of getting
all peacocky like he had the right to, Jamal kind of blushed. “Yeah. Sorry.”
“Surely you jest.”
He grinned, but he
was breathing hard. “So you don’t mind big all over?”
“Not one little
bit.”
Jamal rode Trev up
and down against his cock. Oh God, that felt so good. Trevor never had decent
sex because he had this reputation to uphold, and Trixie never had sex at all.
Jesus, that added up to one crappy sex life. But the bunny was like a world in
the middle. With Jamal, for the first time, he got to be both Trevor and Trixie
and that was whole and perfect and hot! “You might want to stop unless you
would enjoy watching me wash these jeans.”
“Better yet, how
about I take you out and we get to know each other before I quit football and
take up fucking you full time?”
Who could laugh at a
time like this? But he still did. He hugged that big, muscular frame tight and
rubbed his cock against Jamal’s huge bulge until they were both gasping. “No.
No, I think you better write the resignation letter.”
“Deal. But I could
take us out for root beer floats first.”
Trevor stopped. “I
love root beer.”
Jamal held him
still, their cocks still squashed in bliss. “You’re kidding. No one likes root
beer but me.”
“I do. It’s my
favorite.”
“There’s this
diner—” 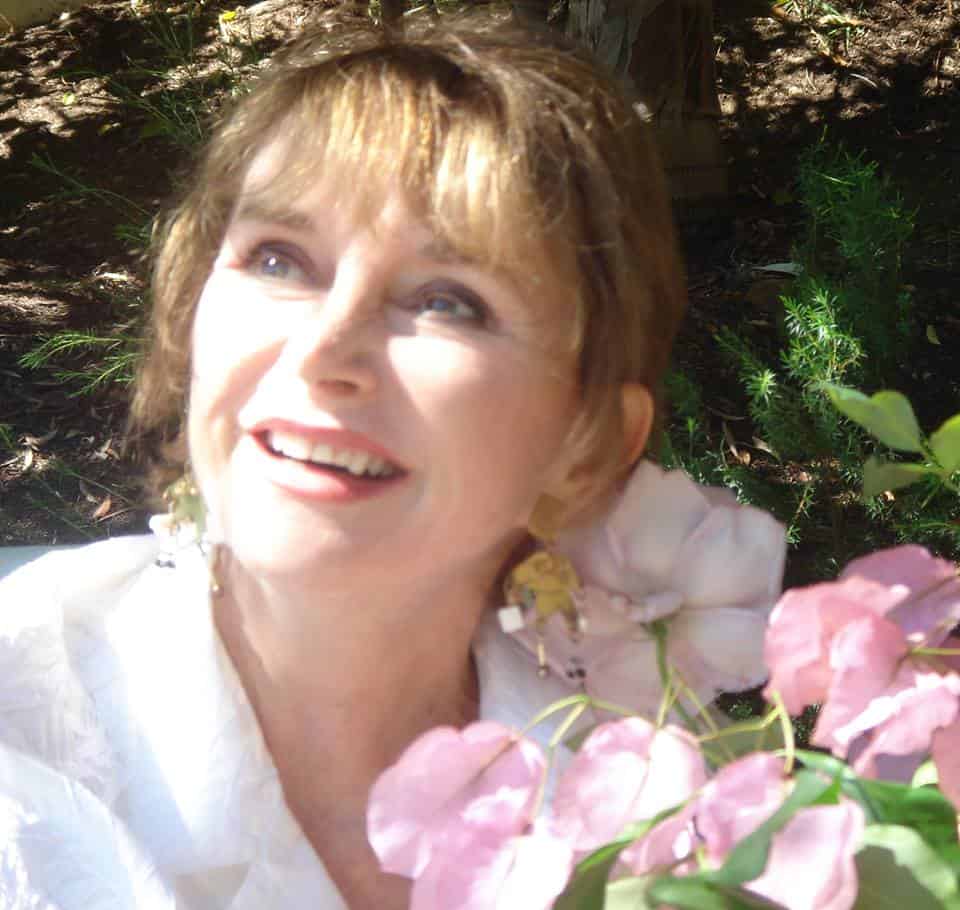 Tara Lain writes the Beautiful Boys of Romance in LGBT erotic romance novels that star her unique, charismatic heroes. Her first novel was published in January of 2011 and she’s now somewhere around book 23. Her best­selling novels have garnered awards for Best Series, Best Contemporary Romance, Best Ménage, Best LGBT Romance, Best Gay Characters, and Tara has been named Best Writer of the Year in the LRC Awards. In her other job, Tara owns an advertising and public relations firm. She often does workshops on both author promotion and writing craft. She lives with her soul­mate husband and her soul­mate dog in Laguna Beach, California, a pretty seaside town where she sets a lot of her books. Passionate about diversity, justice, and new experiences, Tara says on her tombstone it will say “Yes”

The author is giving away a prize package that contains the following items: