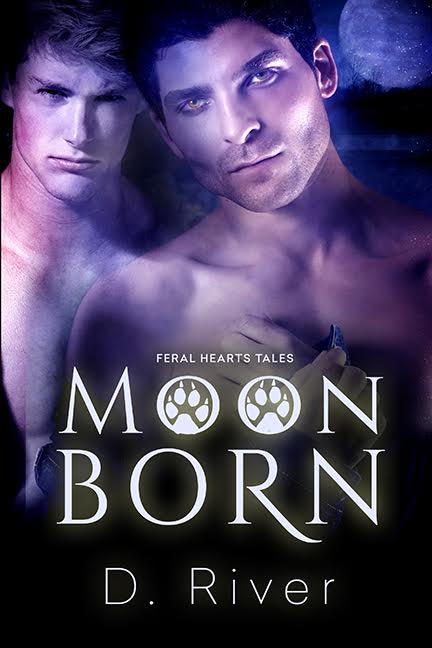 Tucker and Ryder figured that the worst was over. They’d gotten used to being lycans, they’d managed to not get killed by werewolf hunters and they’d stopped a crazy magician from trying to unleash Armageddon.

However, as they try to get back to their lives, they find a whole host of new problems awaiting them. The government has established a task force to deal with paranormal threats and lycans are at the top of that list. There is a monster prowling the dark places of New York City. And the Moon Spirit has an agenda for them to fulfill.

Ryder awoke very slowly, and only because there was an obnoxious ray of sunlight trying to burn a hole through his eyelid, undoubtedly seeking to find a way into his brain. He grumbled and swatted uselessly at the sunbeam and then rolled over to get away from it.
After three nights of glorious hunts, he and his pack were all thoroughly done in. Ryder wasn’t even sure where they were, other than the Wild Wood somewhere. He didn’t really feel inclined to care, either. The Wild Wood had been strangely hospitable to them, which made him resent it a little less even while he suspected the trees were just biding their time.
Having escaped the sunbeam, Ryder now had a twig under his ribs. He sighed and surrendered, sitting up and looking around. Tucker was already awake, standing nearby and examining a tree. Ryder didn’t ignore the fact that Tucker was gloriously naked, but after the last three days, sex was not his primary interest.
“You were twitching a lot in your sleep,” Tucker said. “It was kind of adorable.”
“I was having a good dream.” Ryder looked over at Trey, who was sleeping on his stomach and snoring peacefully. “We really need to find him a mate, you know.”
“Do they have a dating app for that sort of thing?”
“No, I don’t think anyone’s created ‘Wolfr” yet.” Ryder smiled and yawned. “It’s just…. I mean, we had so much fun these past few days and he had only his hand.”
“Which he used liberally.”
Ryder stifled a giggle. “It was hard to miss that. But anyway…. We need to look into it.”
Tucker nodded. “I think we’ll need some advice on that, though.”
Ryder cocked his head to one side. “Oh?”
“Yeah, we should head to the lycan cave, get the Moonstone and talk to the Moon Twink about his crazy idea for making more lycans.”
“You’d be willing to consider doing that?”
Tucker shook his head. “It sounds like a terrible idea. But I’m willing to hear what our friend has to say.”
Trey started to twitch violently in his sleep. Low, unhappy moans spilled from his lips. Ryder was just about to poke him awake when the younger lycan started awake. He looked around with wild eyes for a moment that were full of terror. His auburn hair was a fright, sticking up at all angles and full of leaves and twigs.
“Trey?”
For a long, unsettling moment, the young man just stared blankly ahead. Then he shook himself and rubbed at his eyes. “I’m fine.”
Tucker eyed him. “That seemed like one bitch of a nightmare. And I’ve had my share.”
Trey pulled his knees to his chest. “It…. It’s fine.”
Ryder sighed and looked skyward. “Why am I doomed to be surrounded by guys who can’t talk about what’s going on with them?”
Tucker smirked at him and then went over to sit beside Trey. Even as the younger lycan stiffened in a defensive posture, Tucker slipped an arm around his shoulders and gave him a firm sideways hug. Trey looked down at his knees, his eyes clouded with misery.
“Hey, dude, look, I get it. More than you know.” His expression grew somber. “When I was growing up, my asshole old man beat the shit out of me too. So I get nightmares of my own.”
Trey relaxed a tiny bit against his Alpha. “It’s not that. I’m used to those.”
Ryder wished he could live in a world where no one ever had to get used to that sort of thing. “Then what was it?”
“It’s hard to explain…. When I wake up, the dream sort of dissipates like smoke. But in the dream, I’m somewhere dark and someone’s hurting me….” He swallowed hard. “I think it’s Matchitehew.”
Ryder frowned. “Maybe it’s just because of that horrible place we raided?”
Trey nodded. “I think so. I mean, that’s what makes the most sense. It just…. It feels so real.”
Tucker eyed him sidelong. “Well, we’ll add it to the questions for the Moon Twink.”
“I wish you wouldn’t call him that. He might turn us into wereturtles or something,” Ryder said.
Trey giggled. “Wereturtles….”
Tucker gave Trey a pointed look. “No more keeping secrets from your pack, puppy. If something’s bothering you, you tell us.”
“Yes, sir,” Trey mumbled.
“Hey, you get all grumpy with me when I call you ‘puppy,'” Ryder complained.
“You’re not the Alpha,” Trey said.
Tucker laughed. “He’s got you there.”
“I suppose. So, homeward?” Ryder asked.
Trey nodded and stretched mightily. “Absolutely.” He smacked his lips. “I could use some coffee first. And maybe some eggs.”
“You’re not full from last night?” Ryder asked. “I’m still stuffed.”
“Well, you two hogged most of that deer, so yeah.” Trey frowned. “Not sure when I stopped thinking of raw meat as icky, but whatever.”
“Well, Clif bars will have to do.” Ryder looked around. “Now, where did we put that pack we brought?” 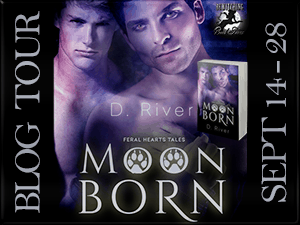 D. River has been writing for many decades, and most of it is filthy, dirty stuff that you absolutely shouldn’t read. Highly-trained experts have successfully quarantined most of that work to keep save innocent bystanders from debilitating cases of blushing.

D. River started putting out books for sale with Wild Horses. Since no one told him to stop, he went on to publish other novels, including the popular Love Bites. The men in white coats caught up with him, though, and he vanished off the face the of Earth. Having made his escape and having set up shop in an abandoned adult toy factory, he is now ready to unleash more paranormal romances/adventure stories on an unsuspecting world.