Call of the Wild Wolf by Jordan Ashton

Title: Call of the Wild Wolf 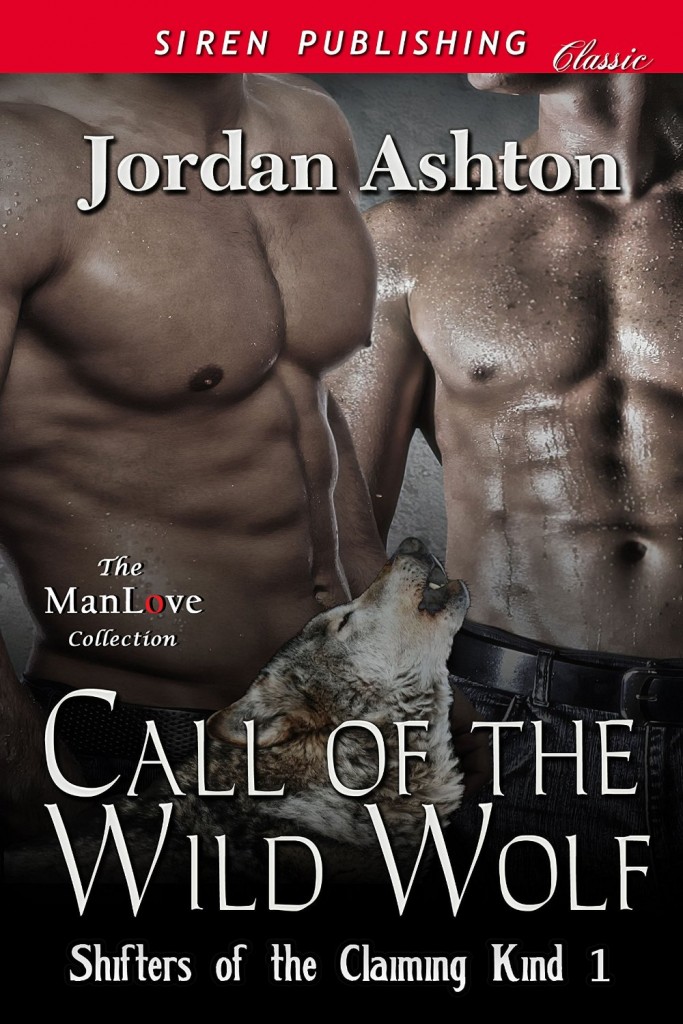 Bane Brooks, an alpha wolf shape-shifter, has been searching for his soul mate for years, but no one has ever stolen his heart, up until he meets Felix Michaels near his ranch. He falls head over heels in love with the hunky, shy human.

Felix Michaels is running from a mysterious gunman who wants him killed, when he falls and blacks out. When the most gorgeous shifter he’s ever seen saves him and brings him to his ranch, he knows he’s safe.

The gunman is still out there and intent on killing Felix. Can these lovers fight off danger and the Change that threatens to tear them apart, while finding their way to a happily-ever-after?

“Whoa there!” his mate said in a surprised pitch.

Bane stopped and with worried eyes, asked, “I’m sorry, did I hurt you?”

The man laughed. “No, but you just picked me up!”

Bane snorted. “Yeah, you’re dizzy and your ankle is sprained or broken. How else am I going to carry you?”

Still in shock, his mate said, “Yes, but you’re sweeping me off my feet, literally.”

Bane waggled his brow. “I do that to all the handsome strangers I meet.” He took a deeper than usual breath in order to smell his scent. Damn, it was intoxicating.

Blushing, the man grinned, his dimples making him irresistible. “Usually, I have to know the name of my hero before I let him carry me.”

“My name is Bane Brooks,” he said while he made his way from the woods to the trail. “And what’s yours?”

“I’m Felix Michaels. It’s nice to meet you. I’d shake your hand, but your hands are already full.”

Bane chuckled as he carefully progressed, making sure not to step on anything that could make him lose his footing. Felix gazed down at his arms. Raising his hand, he asked, “Do you mind if I touch?”

Bane purred, “Go ahead. Touch anything your little heart desires. And I do mean anything,” he added with a sidelong naughty and flirtatious smile.

Blushing, Felix placed his warm hands on his biceps, outlining the wide muscular bumps they formed, which sent shivers of pleasure throughout Bane’s body, centering on his manhood. It was a good thing he was wearing stretchy exercise pants, because if he had his tight jeans on, well then things would surely get restricted and uncomfortable.

He grinned at the image and how Felix continued to admire his flexing arms and his rock hard chest.

“Wow, your biceps are huge! Are you a body builder?”

“No, not professionally. But I do bench press three hundred pounds daily. I’m actually a rancher.” He wanted to tell Felix that he was also an alpha wolf shifter, which accounted for his extra tall, extra built physique. But he couldn’t be scaring his mate away before the fun even began.

Needles of sexual excitement shot up and down his body and cock, making it twitch as he imagined the love he and Felix would make when the Change started. He had to admit that Chandler had been right when he said Bane’s hormones were out of whack. All he could think about was having sex with Felix while he held him in his arms and smelled his scent. It didn’t surprise him if he started howling in excitement any second.

Concentrate, Bane. Focus on the trail and don’t trip over anything. Poor Felix baby has been through enough.

Staring at the path ahead, he asked, “So how did you end up lying on the ground behind the bush unconscious, Felix?”

He could have sworn he saw the look of panic on Felix’s face before he washed it away with a deep sigh and several eye blinks.

“My brother’s car broke down and I was trying to find a house or a gas station, anyplace where I could call him to let him know what happened and also a tow truck. I was walking quickly and not paying attention where I was walking. I lost my footing and fell, and everything went black when I hit my head on something, probably a rock. I was out of it until you woke me.”

Bane felt the shiver in Felix’s spine and his seductive scent changed to one of fear. Something bad had happened to his mate.

“Then why didn’t you continue on the road? You had a better chance of finding help that way.”

Felix diverted his gaze away. “You’re right. I guess I was too much in a hurry and wasn’t thinking straight.”

Bane wanted to help him. He sensed his apprehension and unease. But until Felix opened up and told him the complete truth, his hands were tied.

Smiling, he said, “Well, it doesn’t matter anyway, because I came along.”

“Yes, you did. And you saved me.” Felix grinned, staring deeply into Bane’s eyes. His long, black eyelashes batted and Bane’s heart skipped a beat with each flutter. He and his mate were connected more than Bane could ever have imagined.

Something told him their bond would continue to strengthen and deepen the more time they spent together. 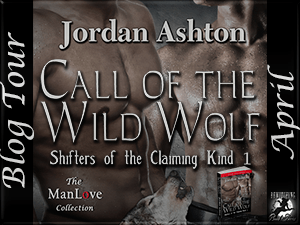 About the Author:
Jordan Ashton is a writer and wife whose passion for reading romance novels led her to writing them, too. She believes love can conquer all and that it makes the world go round, not money. Her heroes, heroines, and the worlds she creates bring this belief to life. She is and will always be a true romantic at heart.

The author is giving away $50 Amazon Gift Card and An ebook copy of books 1-5 in the Shifters of the Claiming Kind series.  Follow the directions in the form below to enter to win.