Derick by Catherine Lievens is a cat versus wolf, good versus evil shapeshifter love story.  Plenty of plot and angst do go along with the romance and sex! I received one copy of this book at no charge in exchange for my honest review.  Post contains affiliate links. 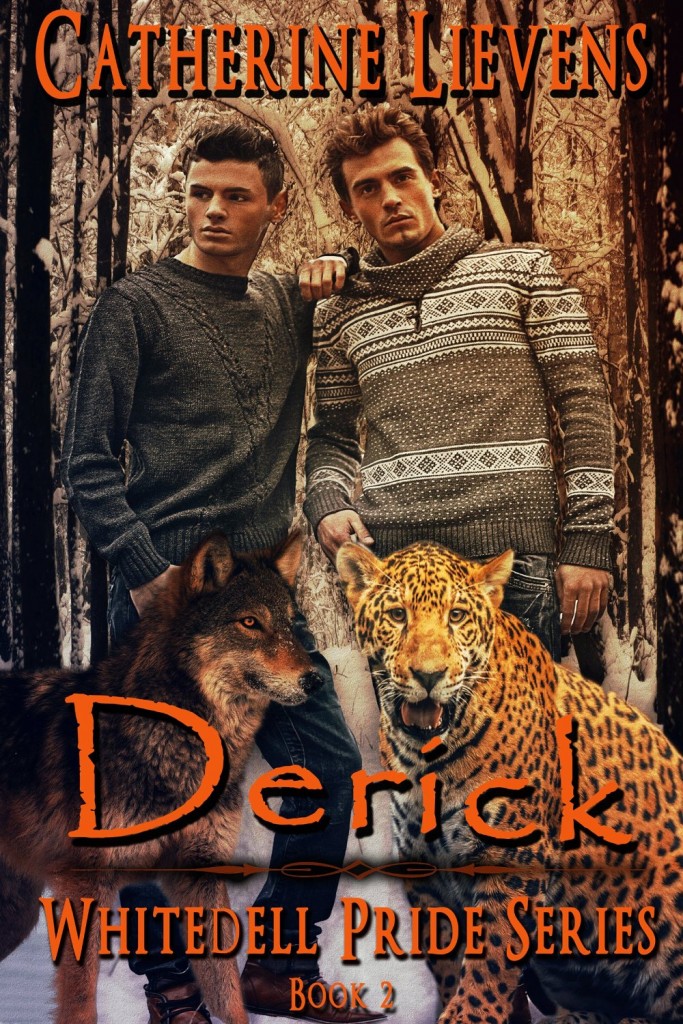 You can learn more about the author by following them on Twitter.  You can also check out the author’s website.

Derick is running from his pack, his family. He has to, if he wants to save innocent people. His Alpha is planning an attack on the Whitedell Pride, and he can’t let it happen. Sure, he knows he will probably have to pay a price for his betrayal, but he is ready to do it. He hadn’t thought his price would be a good one, until he finds his mate in the pride.

Nate is the pride’s Beta, and as Beta, he has to follow the unspoken rules that exist in the shifter community. He wasn’t looking for a mate, and he certainly didn’t think his mate would be a wolf shifter. Not that he has anything against wolf shifters, but this one brings way too many problems with him.

Derick’s Alpha knows what he has done, and he plans to make him pay. When Derick is kidnapped, Nate has to decide if he wants to play by the rules and risk his mate, or if he’s going to save Derick, risking a justified attack from the pack.

We are introduced to Derick as he is fleeing his pack to warn the neighboring cat pride of an impending attack.  Derick fully knows that abandoning his pack and turning traitor will probably mean certain death but he can’t sit by and do nothing while the innocent cat pride is attacked.  He isn’t the bravest or the strongest wolf but he does have morals.

Nate is the Whitedell Pride’s Beta and the minute Derick shows up he knows he has found his destined mate.  It is a little surprising that his mate seems to be a wolf shifter but the pride is full of unusual matings so he doesn’t think twice about claiming him.  Keeping Derick safe from his old alpha and protecting the pride from impending attack leave very little time to get to know his new mate but they manage to heat up the sheets as well as fall in love amidst all the chaos.

I really enjoyed reading Derick and the author did a good job of balancing character development, plot, sex, and relationship.  There is an instantaneous “MINE” when the main characters meet and they consummate their relationship immediately to protect Derick from being forced to return to his pack.  However this isn’t really an instalove sort of book.  The main character have a lot going on outside of getting to know each other.  The whole ‘falling in love’ thing takes a bit of a back seat but they are happy to fall in bed occasionally and get to know each other physically.

There is plenty of plot and angst to keep the story moving.  I genuinely liked both main characters and there were a number of well written secondary characters.  If you like sexy shifters and an engaging plot I think you will really enjoy reading Derick!