Looking for a great drag queen romance?  In Outside the Lines by A.R. Barley, Mitch Dalton can’t stop fantasizing about his sexy and confident drag queen neighbor. I received one copy of this book at no charge in exchange for my honest reviews but all opinions expressed here are my own. This post contains affiliate links.

Purchase on Amazon: Outside the Lines 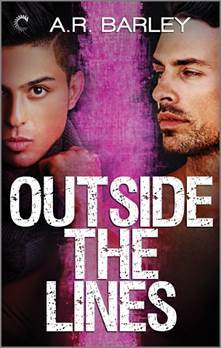 Outside the Lines Book Blurb:

Mitch Dalton can’t stop fantasizing about his sexy and confident drag queen neighbor. He wants to make a move, but he’s had a lot less experience with men and isn’t sure Chi-Chi would be interested in a guy who’s never gone all the way—let alone a widower and struggling single father. And when Mitch’s child care falls through, he needs Chi-Chi’s help more than he needs a boyfriend.

Chi-Chi Ramirez has his own struggles: getting his degree one class at a time, working too many jobs and performing at a nightclub to make his Broadway dreams come true. Mitch’s offer of a nanny position is too good to pass up, even if seeing Mitch every day and not being able to touch him is torture. But when even a simple handshake feels like pure sex, soon touching is all either of them can think about.

A one-night stand, a quick fling—that’s all Chi-Chi can give if he’s going to leave town for New York City. But once they finally get a taste of each other, what if Mitch wants more?

Outside the Lines Review:

Outside the Lines by A.R. Barley is book number three of the Boundaries series but I read it out of order and had no trouble understanding the storyline.

Basically, Mitch’s wife died 2 years ago and he needs a nanny.  In comes the cross dressing Chi-Chi to the rescue.  While Mitch is reserved, disorganized and intense, Chi-Chi is a diamond in the rough with a sparkling personality and a way around the kitchen.  He needs to money to put towards his dream of heading off to Broadway so he takes on the job of nanny to Mitch’s kids.

Mitch has always been bi but has pretty much zero real experience with guys.  He and Chi-Chi have chemistry but are trying to keep things platonic so as to not interfere with the whole Boss/Nanny relationship.  That doesn’t work very well, however, and things heat up.  I liked the heat between them and watching Mitch learn his way around a gay relationship was fun.  And, of course, there is cross dressing which is always fun!

There is drama towards the end…dreams of Broadway dissipating, coming out to homophobic family members, a bit of chaos and anger.  What would a drag queen romance be without a little drama, right? They will get their happily ever after eventually.

Overall, I enjoyed Outside the Lines by A.R. Barley quite a bit.  The story and characters really kept my attention, however it definitely needs some serious proofreading and story editing to fix all the inconsistencies.

Looking for another great drag queen romance?  Try this one! 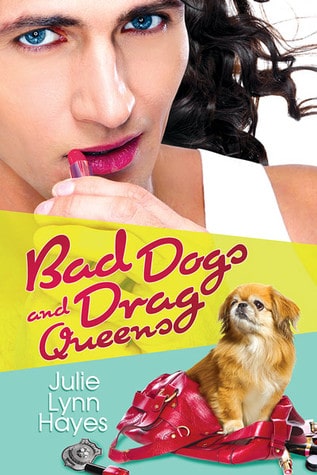