Love fae romance books?  Don’t miss this series! Bad Boy’s Bard by E.J. Russell is Book 3 in the Fae Out of Water series. This book follows the story of the youngest Kendrick brother,  Gareth. He is the last true bard in Faerie and has a passionate dislike of anything from the Unseelie realm.  However, as he rediscovers his lost love, he also comes to learn that there is more to the Unseelie than meets the eye.  I received one copy of this book at no charge in exchange for my honest reviews but all opinions expressed here are my own.  Read my reviews of the other Fae romance books of the series,  Book 1  Cutie and the Beast and Book 2 The Druid Next Door. 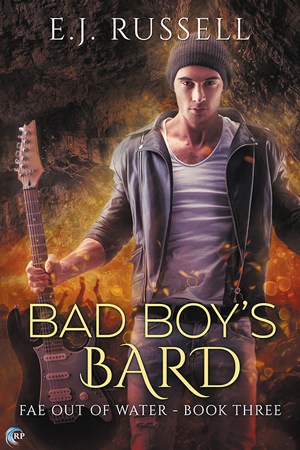 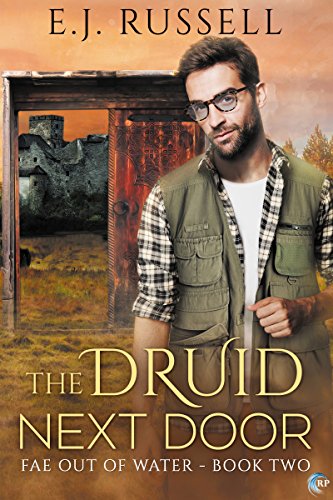 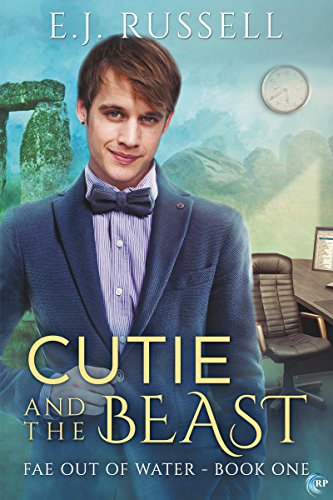 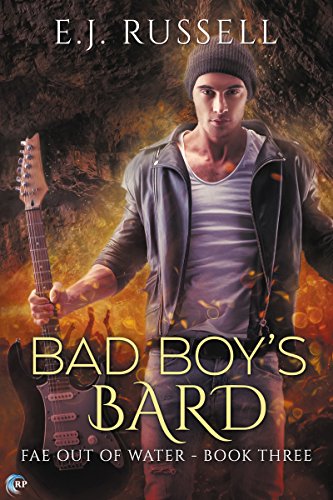 As far as rock star Gareth Kendrick, the last true bard in Faerie, is concerned, the only good Unseelie is . . . well . . . there’s no such thing. Two centuries ago, an Unseelie lord abducted Gareth’s human lover, Niall, and Gareth has neither forgotten nor forgiven.

Niall O’Tierney, half-human son of the Unseelie King, had never lost a wager until the day he swore to rid the Seelie court of its bard. That bet cost him everything: his freedom, his family—and his heart. When he’s suddenly face-to-face with Gareth at the ceremony to join the Seelie and Unseelie realms, Niall does the only thing inhumanly possible: he fakes amnesia. Not his finest hour, perhaps, but he never revealed his Unseelie heritage, and to tell the truth now would be to risk Gareth’s revulsion—far harder to bear than two hundred years of imprisonment.

Then a new threat to Gareth’s life arises, and he and Niall stage a mad escape into the Outer World, only to discover the fate of all fae resting on their shoulders. But before they can save the realm, they have to tackle something really tough: mending their own broken relationship.

If you love fae romance books, I definitely recommend the Fae Out of Water series by E.J. Russell.   Read my reviews of Book 1  Cutie and the Beast and Book 2 The Druid Next Door because you really do need to read them in order or they won’t make any sense. While this book wasn’t my favorite of the three, it was still very well written and enjoyable.

So, for the first two books of the series, Gareth has pretty much spent the whole time pissed off at the world but mostly, his anger is directed towards anything Unseelie.  He saw his lover being led away by Unseelie hundreds of years ago, never to be heard from again.  Gareth was heartbroken and never again let his heart become vulnerable. He has allowed his anger regarding the Unseelie to basically make him turn away from all things Fae. He spends his time in the human world as a rock star and as the one true Baird of Faerie, he is a pretty darn good one.

Niall was not really ‘captured’ by the Unseelie as Kendrick seems to think, although he has been imprisoned ever since he left Kendrick behind.  He is free now and makes a mad escape with Kendrick to the outer realm, however, there are a lot of obstacles to overcome before he and Kendrick get their happily ever after.  The fate of Faerie and the Outer World rest on their shoulders.  And getting Kendrick to forgive him is an even bigger task than saving the world.

Okay, I really wish the author hadn’t gone the amnesia route.  I think it dragged the whole issue out longer than it needed to be.  I wish Nial had just told Kendrick the truth straight out about what had happened all those years ago.  They could have still spent the book learning to deal with the fallout of their actions but the amnesia thing just made one big lie drag on through the whole story. Other than that, I liked the character.  He was in a hard place all those years ago and I wish he hadn’t had to suffer for his choices as long as he did.

Kendrick was cranky and it made his character hard to like.  I get it…he was heartbroken when Nial left but his prickliness made it hard to really feel drawn to him.

They spend a lot of time together, but because of the amnesia thing, there is no relationship building or chemistry or emotional development for quite a while into the story.

I really enjoyed seeing the previous couples from Books one and two.  I loved catching up with them and seeing how their lives were unfolding.

So, Bad Boy’s Bard by E.J. Russell is heavy on plot.  There is a lot going on, both in the current timeline and in the character’s pasts.  You really need to stay focused on the facts or you can get a bit lost.  There are family ties to understand and different types of creatures living in Faerie.  It isn’t overwhelming but it isn’t really a lighthearted and mindless read either.  The main focus in this book is the saving of Faerie and The Outer World as well as for forgiveness of Nial by Kendrick.  However, there is very little heat to the story, with most of the plot focusing on figuring out why Faerie is in danger and stopping the plot destined to destroy it.

E.J. Russell is a great author and if you love fae romance books, you will definitely enjoy this series.  They are well written with strong character development and great dialogue.  I absolutely love the world this author has created and it is rich with imagery.  I can almost picture setting and the otherworldly beings that are described.  Definitely a wonderfully put together story!

Overall, this was a decent story, although not my favorite of the three.  It did a good job, however, of rounding out the series and bringing the brother’s lives full circle.