In Freckles by Amy Lane, Carter is thrust into dog ownership and he’s hoping Sandy can keep things from going downhill fast.  Little does he realize that his cute new vet tech is just the thing his boring his life needs. … I received one copy of this book at no charge in exchange for my honest reviews but all opinions expressed here are my own. This post contains affiliate links. 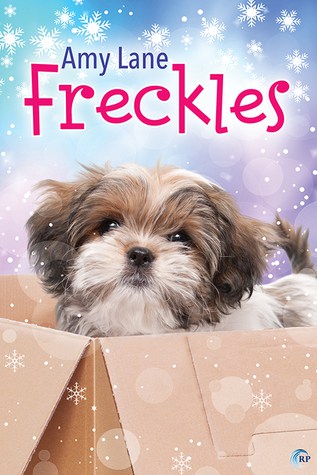 Carter Embree has always hoped to be rescued from his productive, tragically boring, and (slightly) ethically compromised life. But when an urchin at a grocery store shoves a bundle of fluff into his hands, Carter goes from rescuee to rescuer–and he needs a little help.

Sandy Corrigan, the vet tech who helps ease Carter into the world of dog ownership, first assumes that Carter is a crazy-pants client who just needs to relax. But as Sandy gets a glimpse into the funny, kind, sexy man under Carter’s mild-mannered exterior, he sees that with a little care and feeding, Carter might be Super-Pet Owner–and decent boyfriend material to boot.

But Carter needs to see himself as a hero first. As he says good-bye to his pristine house and hello to carpet treatments and dog walkers, he finds that there really is more to himself than a researching drudge without a backbone. A Carter Embree can rate a Sandy Corrigan. He can be supportive, he can be a hero, he can be a man who stands up for his principles!

He can be the owner of a small dog.

Freckles by Amy Lane is a quick, low angst romance that is super sweet and full of cute boys and an even cuter puppy.

Carter is stuck in a boring life at a job he hates.  He is thrust into puppy ownership and has a near panic attack at the entire concept. He rushes to the vet hoping for major help.  Sandy, vet tech and student, thinks Carter might be slightly insane at first but slowly begins to realize he is just clueless and terrified.  And cute.  Carter is definitely cute.  And Sandy is looking for a happily ever after with a guy who cares about animals as much as Carter clearly does. As Carter navigates puppy ownership, love begins to blossom and a little family of three is born.

Carter’s character is portrayed as relatively boring…a guy who is stuck working for a boss he hates but doesn’t have the backbone to stand up for himself.  He has a dull life that is desperately calling for a puppy. Even if Carter doesn’t quite realize that yet.  But, Carter is sweet and caring under his relatively boring life.  He loves Freckles (the puppy) and is determined to do things right for the little guy.

Sandy is looking for boring.  Well, not REALLY boring but steady, reliable, and a guy who is happy to settle into happily ever after.  Loving animals is a must, of course.  And while Carter may be clueless about puppy raising, his heart is in the right place and that just calls out to Sandy.

Both guys have a history of bad relationships and neither is quite confident in their budding relationship.  But, they get to know each other, become friends, start to date…and the love just kind of sneaks up on them.

Freckles by Amy Lane is a super sweet story but there just wasn’t much other than cute to keep my attention.  I would have loved to see a tad bit more excitement in the story just to balance out the cuteness.  When Carter finally decides to quit his job, we don’t even get to read the drama on page….it just happens off page and we move on.  I think that would have been a nice bit of drama to balance out the story.  And the heat is really low as well which just leaves sweet romance as the entire story.  Not a bad way to spend a couple hours but the story just didn’t grab me.

Another Book by Amy Lane

Read my review: The Bells of Times Square 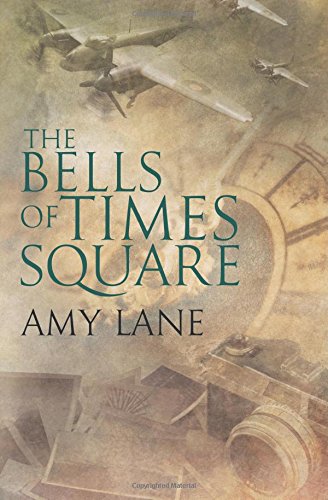