Going Home by Kris Ripper brings up a very touchy subject. It is an eye opening look at slavery and what it means to the people’s lives it touches.  It is a tastefully written account of what happens when master and slave become so much more to each other. 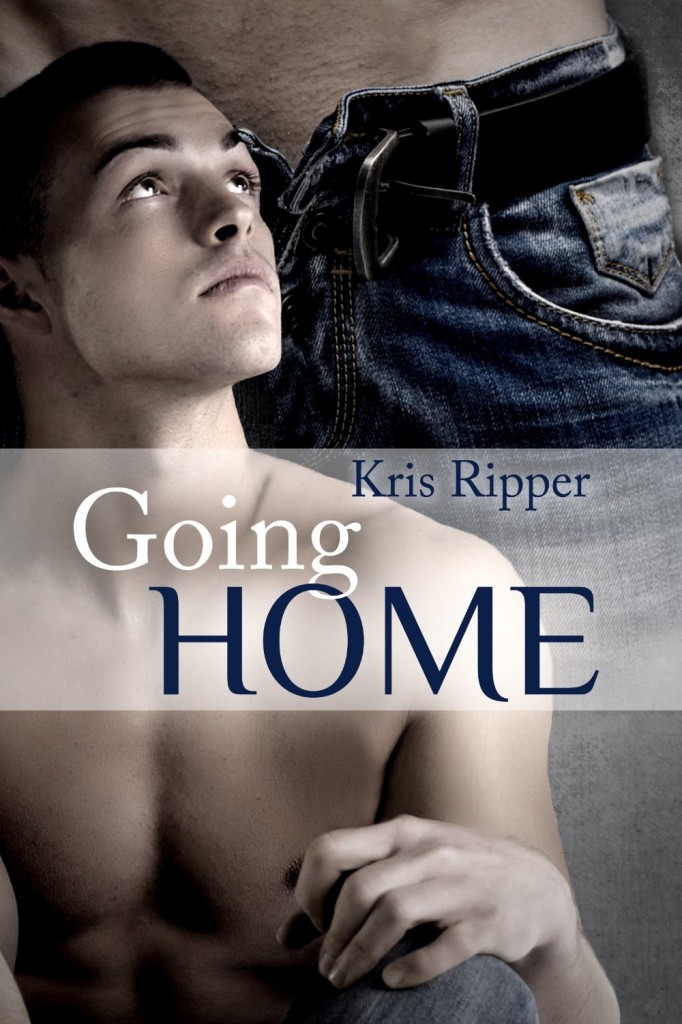 Blurb:  When sexual slavery is outlawed, most of the rational world rejoices. Another shameful chapter of history, tucked neatly away.

Rory doesn’t want to rain on anyone’s parade, but the thing he wants most in the world is impossible: to go home, to his master, where he was safe. Life without slavery isn’t worth living. He dodges out of the “Freedom Project” with his new friend Demon, and vows to find his master, whatever it takes. He only hopes that once he does, life will go back to normal.

Geo Fairbanks doesn’t even tell people he used to own a slave. And the people who know? Think he’s deluded. “The kid was a slave, Geo. He wasn’t your boyfriend.” He switched careers, moved to a new town, and cut ties with everyone, but none of it helps. He needs Rory. When it looks like there might be a way to find him, Geo does whatever it takes.

Once they’re reunited, everything should be perfect. Shouldn’t it? Then why does Rory have more questions than answers? His friends are done with slavery, over it, moving on, but part of him? Part of him misses kneeling at Master’s feet. A very specific part of him misses being tied to Master’s bed. It would be one thing if Geo would just take over, like he did in the old days, but Geo’s just as clueless as Rory about how to live with each other as equal men.

Then the unthinkable happens and Geo finds himself searching for Rory all over again. Can he find Rory before he disappears into the new black market for slaves? And if he does, will they ever figure out how to be in a relationship not dictated by legal contracts dictating exactly what they mean to each other?

Rory was raised from birth knowing he was destined for slavery.  His family is part of the ‘legacy slave’ program and they take great honor in serving a master.  He is sent to live with Geo at the age of 16 and quickly makes himself indispensable.  After 2 years of fighting attraction for one another, Geo finally takes Rory to bed.  Geo takes his master role very seriously, even in the bedroom and it just so happens that Rory loves playing the slave in bed, as well as in the kitchen.

The story actually starts after Geo and Rory have been forcibly separated from each other.  Slavery has been outlawed and even though they both fought viciously to stay together, the law makes it impossible.  We follow Rory’s journey from the slave reeducation camps to the outside world and finally through his hunt for his former master.  He wants nothing more than to be with Geo again.  However, he is torn between his need to submit physically to his master and his need to become a free man.

Geo is equally miserable without Rory and through a good friend is able to track him down and bring him home.  However, home is a very different place than it used to be and Geo wonders how much of he and Rory’s relationship was only in his imagination.  Did Rory serve him because he had no choice or because it was something he truly wanted?

Going Home is an extraordinary story that really makes the reader think about more than just the words on the page.  The characters feel deeply for one another but are also flawed in their own ways.  They struggle to find a balance between what THEY want and what society and friends tell them they SHOULD want.  They make mistakes and then they talk about them.  There is just enough drama to make the book exciting without being overdone.  The book is mild in terms of their physical relationship.  This is not a book for people looking for hard core and frequent BDSM sex.  It is about the relationship, the characters, and their growth..with just a touch of heat thrown in to keep you on your toes.

I highly recommend Going Home if you are looking for a thought provoking M/M book and don’t let the ‘free’ pricetag fool you!