If you are looking for a great romance series with the perfect balance of romance and intrigue, you need to check out The Way Home series by May Archer.  Each of the three books focuses on a different character but follows the same storyline. A fatal plane crash, a massive technology company at risk, Russian mobsters with an agenda, and 6 men trying to make lives for themselves amidst the chaos. Check out my other gay romance book series if you are looking for more LGBTQ romance!

Great Romance Series by May Archer: The Way Home 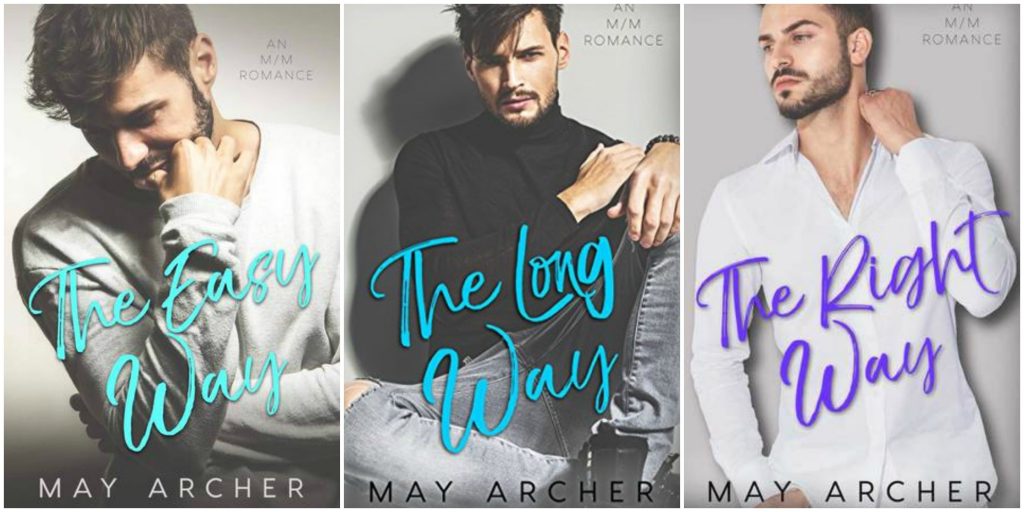 Okay, I am going to give a brief review of each book in this gay romance series but overall I give the set of books a solid 4-star rating.  There is just the right balance of intrigue and romance in each of the stories.  Author May Archer has done a wonderful job of creating a solid storyline and secondary characters to really complete the entire picture of what is going on in this series.

The first book is Camden’s story and you get the back history of the plane crash that killed his parents and his brother’s fiance.  Cort is an FBI detective with a personal interest in the plane crash.  There is a bit of deception, a lot of sizzling chemistry, and just enough info about the crash to almost paint a picture of what happened.  Or so you think….  They place a lot of trust in one another, even though they realize some things are being kept secret.  There is plenty of banter between these two to go along with the chemistry.  The end of the story is maybe slightly rushed but it isn’t really the END of the story.  You will see more of these two guys in the rest of the series! 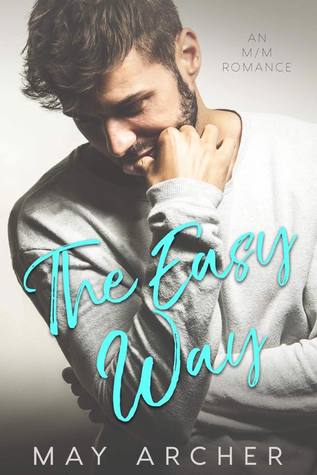 Camden Seaver had it easy – a loving family, plenty of money, and the freedom to follow his dreams while his older brother, Sebastian, took charge of the family business. But when a tragic plane crash killed his parents, all the responsibilities he never wanted landed firmly on his shoulders. Now saddled with his crazy, grief-stricken brother and his dad’s multimillion dollar company, Cam doesn’t trust in dreams anymore. He’s forgotten what “easy” feels like.

FBI Agent Kendrick “Cort” Cortland learned the hard way that he couldn’t depend on anyone but himself. Before joining the FBI, the one constant in his life was his foster brother, Damon – and then Damon disappeared. Now, Cort is determined to find his brother and to bring down the man responsible for ruining Damon’s life, Sebastian Seaver. He’s got nothing left to lose.

When Cort’s investigation leads him to Seaver Tech…and Camden Seaver…what started as a quest for revenge and a one-night deception quickly turns into far more than either man bargained for. But how can either man trust in something that seems so easy? As long-held secrets are revealed, the attraction between Cam and Cort becomes combustible – an undeniable love that will either make or destroy them. Will Cam and Cort let their conflicting loyalties drive them apart? Or will they decide that sometimes love is the easy way?

I was a little unsure at first about Damon being matched up with Cain. There is an age gap and each of these guys has some serious issues to work through.  I think they worked well together, though.  Book two of May Archer’s gay romance series is just as steamy and intriguing as the previous one.  You get a ton more info in this book about the mystery itself.  What is going on with Seaver Tech, the plane crash, and who the major players are in this mystery.  Not sure I really liked the romance part as much as I did with Cam and Cort but these two guys just have a different dynamic.  Still a great read. 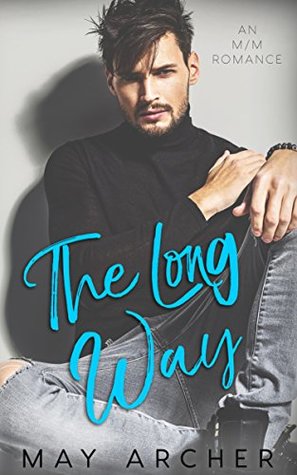 Sometimes the shortest distance between ruin and restoration, between lies and truth, is the long way.

Damon Fitzpatrick’s life is in ruins. Vilified as the pilot responsible for the plane crash that killed Levi and Charlotte Seaver, Damon lost everything – his reputation, his livelihood, his family, and his future. And Damon knows exactly who to blame – none other than powerful Senator Emmett Shaw, the criminal mastermind behind the crash. No matter how long it takes, Damon is determined to get justice, and to get his life back.

Cain Shaw is the poster child for success. As the young, rich, handsome son of a picture-perfect family and the face of his father’s conservative political campaign, he has a bright future ahead of him. But the senator has been hiding secrets that threaten to crack that flawless facade – secrets he’s killed to protect. Cain is determined to make sure no one else gets hurt, even if it means keeping his own long-held secret.

When Damon’s quest for justice goes awry, Cain becomes the older man’s unlikely savior, and the two are thrown together in a hunt for evidence that will free them both. But as the road gets longer, the stakes get higher, and the danger that stalks them draws closer, they must find the strength to trust one another… because the one complication they can’t outrun is each other.

Book 3 of this series is the long-awaited story of Bas and Drew.  Longtime friends, these guys come together to solve the mystery behind Seaver Tech.  Sebastian is brilliant.  And like many brilliant people, he can be a bit emotionally high strung as well.  You get to know him quite well in the previous two books but you really get into his head in this story.  He and Drew are best friends but coming together to finally tie up this mystery shoves them right into a happily ever after.  May Archer does a great job tieing up all the loose ends of this Russian mob story.  Plenty of intrigue and I totally didn’t see the ending coming the way it played out.  Plenty of heat and romance and since Sebastian has never been with a guy, you get that first-time exploration as well. 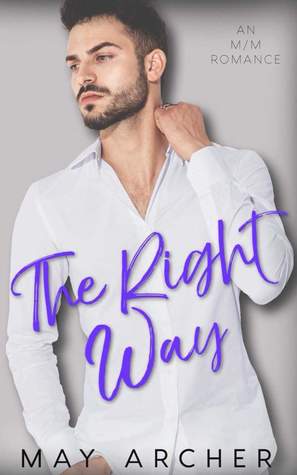 A brilliant, obsessive mind is the heart of Sebastian Seaver’s genius. It might also be the thing that costs him everything he’s created and everyone he’s ever loved. Consumed with the need to destroy Alexei Stornovich, the Russian mob boss who murdered his fiancé and parents, nothing can turn Bas from his plans of revenge until he’s eradicated every last one of them. By any means necessary, and at any cost.

Drew McMann learned early that the key to success is control. Control carried him through law school and helped him keep Seaver Tech together through tragedy. It helped him survive the brutal murder of his sister Amy, his parents’ divorce, and the revelation that the seeds of their destruction had been planted by someone he had considered family. It’s how he’s hidden his love from his best friend Bas for more than half their lives. And now it’s how he’s going save Bas from himself and finally get his family of friends free from Alexei’s clutches. Drew has a plan for everything… Until the kiss.

When Drew loses control one reckless, drunken evening and his true feelings for Bas are revealed, he tries desperately to contain the damage and keep their friendship on track, even as decades of lies and half-truths seek to tear them apart. With Alexei targeting them and their friends, Drew and Bas are forced to rely on each other more than ever. But as danger closes in on them, can they sacrifice their needs for logic and control, and recognize that the only RIGHT way to move forward is the one in which they’re together?

Buy the Books in This Series:

The Way Home Series by May Archer has three books.  You must read them in order or the storyline will not make sense.  Shop the links below to get started! 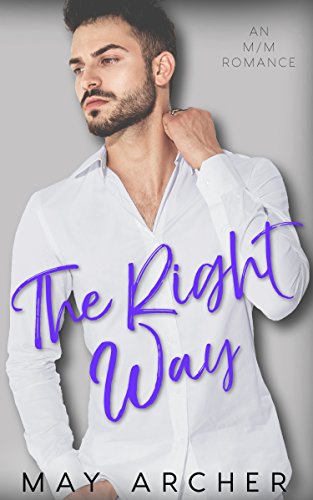 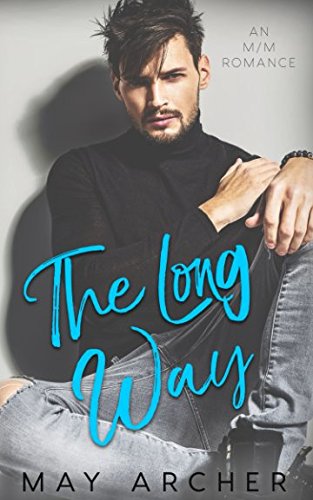 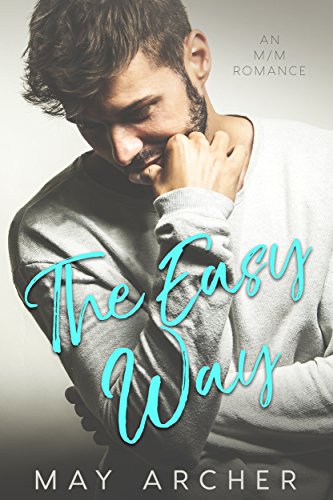