Thanks so much for stopping by today’s blog tour!  Today we are featuring Lord of the White Hell which is Book One of The Cadeleonian Series by Ginn Hale. If you love high fantasy books, this may be just the book you need!  In this story, power, superstition and swordplay outweigh even the most scholarly of achievements. Keep reading for excerpts and more info about the book as well as a giveaway to enter to win a copy for yourself!  While your here, check out a few other fantasy romance books as well.

Read Lord of the White Hell by Ginn Hale

Buy on Amazon or Smashwords 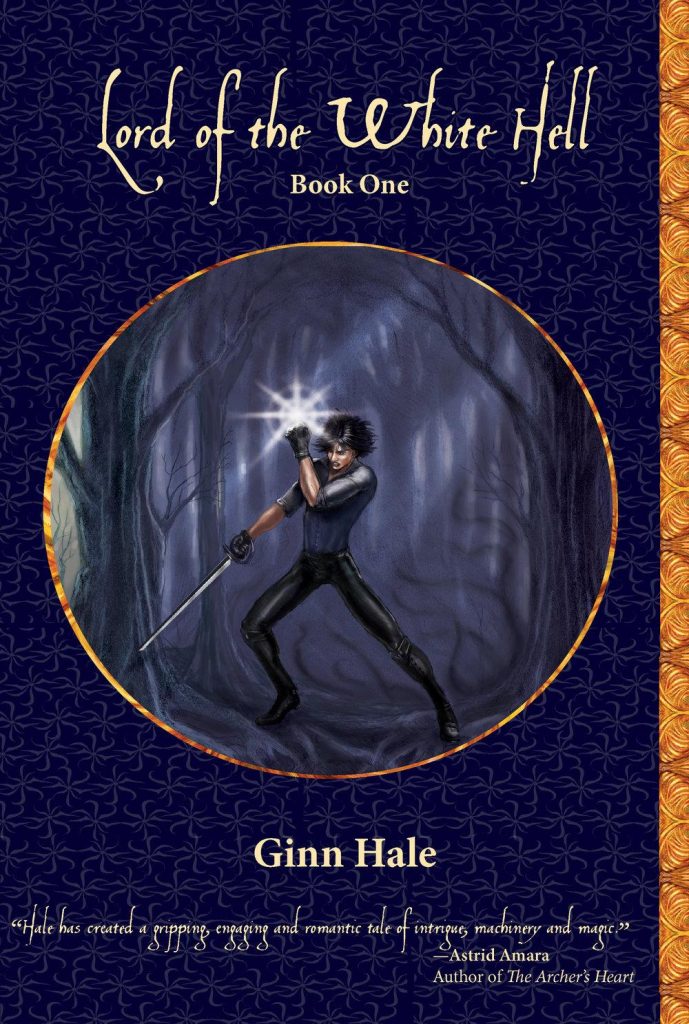 Title: Lord of the White Hell Book one

Series: The Cadeleonian Series Volume One

Kiram Kir-Zaki may be considered a mechanist prodigy among his own people, but when he becomes the first Haldiim ever admitted to the prestigious Sagrada Academy, he is thrown into a world where power, superstition and swordplay outweigh even the most scholarly of achievements.

But when the intimidation from his Cadeleonian classmates turns bloody, Kiram unexpectedly finds himself befriended by Javier Tornesal, the leader of a group of cardsharps, duelists and lotharios who call themselves Hellions.

However Javier is a dangerous friend to have. Wielder of the White Hell and sole heir of a Dukedom, he is surrounded by rumors of forbidden seductions, murder and damnation. His enemies are many and any one of his secrets could not only end his life but Kiram’s as well.

“Lushly detailed, with believable, fully developed characters, this fantasy with homoerotic overtones is reminiscent of Mercedes Lackey’s Vanyel novels and should appeal to a similar readership.”–Library Journal

“There is something almost intoxicating about Ginn Hale’s work. Her characters are unforgettable and her plots mesmerizing. The imagery in Lord of the White Hell blazes from the page with ferocious brightness.”–Josh Lanyon

The carriage jerked to a halt, and Kiram slipped slightly forward, his hand pulling the door latch. Instantly the carriage door sprang open and he spilled out onto the muddy ground in front of the stable. He struggled up to his feet to see two older men in gray scholars’ robes gaping at him. Just behind them, leading his brilliant white horse by its reins, stood the rider.

“I’m fine!” Kiram announced, though no one had asked. “I just…the door opened and I wasn’t looking…”

Kiram could feel his face flushing bright red. Not even his dark skin could hide such an intense blush. He regained his feet quickly but to his horror the rider’s expression shifted from slight concern to amusement. His handsome smile somehow made Kiram’s humiliation far worse.

Award-winning author Ginn Hale lives in the Pacific Northwest with her lovely wife and their ancient, evil cat. She spends the rainy days admiring local fungi. The stormy nights, she spends writing science-fiction and fantasy stories featuring LGBT protagonists. (Attempts to convince the cat to be less evil have been largely abandoned.)

Buy on Amazon or Smashwords

Win an e-copy of this High Fantasy Book!