Hitting Black Ice by Heloise West is an intense read with a well thought out plot and very likeable characters.  If you are looking for a real action packed mystery, this one is a good choice!  I received one copy of this book at no charge in exchange for my honest review.  This post contains affiliate links. 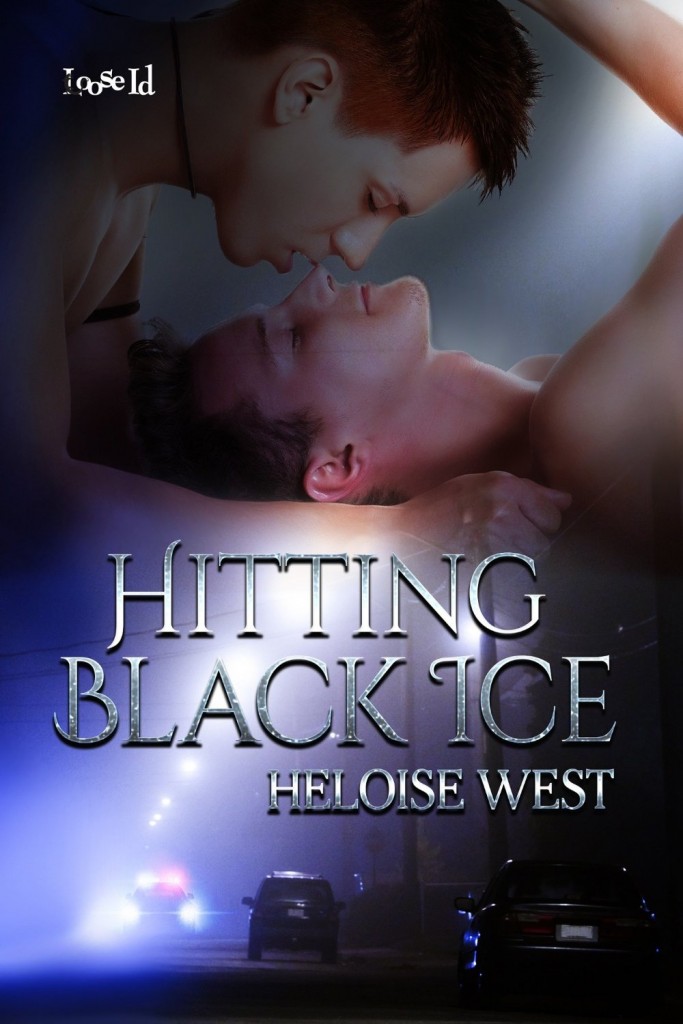 ER physician’s assistant Hunter guards his heart carefully, but that doesn’t stop him from falling for Shawn, the front desk clerk. He keeps his distance from relationships for a reason, but just can’t help himself when it comes to Shawn.

Shawn is on the run from the law and love to protect himself and anyone else involved. One man is dead because of him, and his life now is simple and easily thrown into a bag at any hint of danger–until he meets Hunter and he no longer wants to run.

Forced into a hostage situation, buried passion explodes in the aftermath, and sex in the supply closet brings their hearts back to life. Tentatively, step by step, they begin to explore a relationship together until the past catches up with Shawn.

My Review: Let me just say that Hitting Black Ice is not a ‘light read’ but it is a riveting one!  If you are looking for fluff romance, this probably isn’t your best bet.  But if you enjoy a read plot with twists and turns you wont predict along with a bit of sexy heat I encourage you to check it out!

Shawn and Hunter work together in the ER and Hunter has a bit of a crush on his co worker.  He tried asking him  out but was turned down when Shawn insisted he was seeing someone else.  Then, the two of them are thrown together in a hostage situation at the hospital and the adrenaline rush afterwards leads to a heated exchange in the hospital linen closet.  Tentatively, they begin a relationship with each other after Shawn admits that he really isn’t seeing anyone.  However, both men have baggage which causes emotional turmoil as well as quite a bit of danger along the way!

I don’t want to give away too much of the plot because Hitting Black Ice is all about the mystery!  Suffice it to say that Shawn isn’t who he says he is but has a really good reason to lie about it.  He is on the run and his past is catching up with him.  Hunter has emotional baggage left over from his previous relationship that ended very badly.  Every step of the way he hears his ex’s voice in his head and it is definitely messing with him.

Let me just say that the plot twists in this book really kept me on the edge of my seat and turning page after page.  The characters are not always ‘together’ in this book and as a reader you get to know more about Shawn’s story than Hunter does.  So, when you see Hunter doing certain things you want to yell NOOOO! at him but he doesn’t know he is making a stupid choice! But, you also get inside Hunter’s head and get a great understanding of his emotional vulnerabilities whereas Shawn doesn’t quite understand him at the beginning.

Hitting Black Ice was an incredible read, although because it was so full of action and suspense I didn’t get quite as much romance as I was wanting.  Not sex…but romance.  I bit more of the slow, tender discovery period that comes as two people are falling in love would have really sent this book up to 5 stars for me.  However, this is honestly a phenomenal book and I definitely recommend you check it out!