Kick at the Darkness by Keira Andrews is part tender romance and part intense zombie apocalypse.  Throw in a wolf shifter and some steamy attraction between the main characters and you have one seriously amazing story!  I received one copy of this book at no charge from the author in exchange for my honest reviews.  All opinions are my own and this post contains affiliate links.

Kick at the Darkness by Keira Andrews 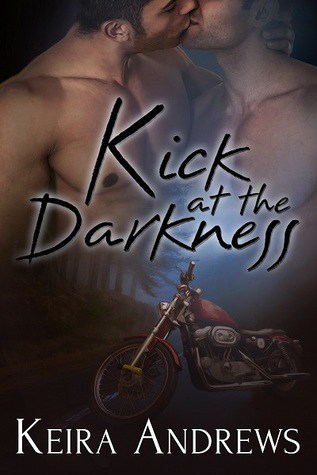 College freshman Parker Osborne is having the worst day ever. He humiliated himself trying to pick up a cute guy, he hasn’t made any friends at school, and his stupidly hot jerk of a TA gave him a crappy grade on his paper. He’s going to drop Adam Hawkins’ film class and start fresh tomorrow after he’s had a good sulk.

But Parker’s about to find out what a bad day really looks like—if he can survive the night.

A virus is unleashed, transforming infected people into zombie-like killers. After these quick and deadly creepers swarm campus, Parker only escapes thanks to Adam swooping him onto the back of his trusty motorcycle. Now they’re on the run—and stuck with each other.

When they’re not bickering, they’re fighting off the infected in a bloody battle for survival. Their only hope is to head east to Parker’s family, but orphaned Adam has a secret he’s not sure Parker will accept: he’s a werewolf. Can they trust each other enough to find some light in these dark days?

When Kick at the Darkness by Keira Andrews first begins, Parker has just started his freshman year at Stanford and is feeling out of sorts.  Having been a star pupil from a wealthy family back on the East Coast,  he finds that he now has no friends and college is not quite what he expected.  When he gets a C- on a paper for a film class he expected an easy A in,  he loses his cool. After throwing a hissy fit to the incredibly sexy TA he vows to drop the class and storms off in a huff.

Adam is a film studies major with a not so great background. He grew up in the foster system since his parents died when he was 9.  With no family and only a few friends, his classes mean everything to him. He is miffed at the entitled little freshman who questioned his grading but when he world starts falling apart around them, he quickly scoops him up onto the back of his motorcycle to head east and pray for survival.

At the beginning of Kick at the Darkness, I disliked Parker immensely.  I understood the whole new college world he was dealing with but he was whiny and uppity and just not a particularly pleasant individual. I was very glad to see how much he changed throughout the book.  His sense of humor peaks out. He becomes more confident.  And he accepts Adam’s werewolf with abandon.

Adam is fiercely loyal but a bit insecure when it comes to whether Parker will accept his true nature. The two of them are steamy hot together and the bond that grows between them throughout the book is strong.  The author did an amazing job of blending the tender romance between these two with the hot, passionate and sometimes downright dirty sex scenes.  They truly fell in love with each other but hey…they are still hormonal college boys!

At the heart of Kick at the Darkness is the zombie apocalypse which I was surprised to realize I actually enjoyed. I am not usually a zombie apocalypse kind of girl but the story grabbed me and drew me in and I didn’t put it down until it was finished. The author does an amazing job describing the death, destruction and devastation that the infection leaves in its wake.  Having to break into houses to scavenge food and deal with radical extremists set to take whatever they find even if it belongs to you….definitely an awesome story.

One thing I didn’t like quite as much was the ending.  Because IT ENDED!  I don’t know how the apocalypse started or who was responsible.  I don’t know if Adam and Parker ever find a safe haven to settle down in. And does humanity ever recover?  Dear author…PLEASE tell me there is a sequel coming out soon!  Like next week? Please?

Honestly, Kick at the Darkness is an awesome story and I only took off the half star because even though the book was nice and long, it needed to be 4 times longer so I can find out the fate of humanity! I will be praying for a Kick at the Darkness sequel to come out very soon!

Book two is out! 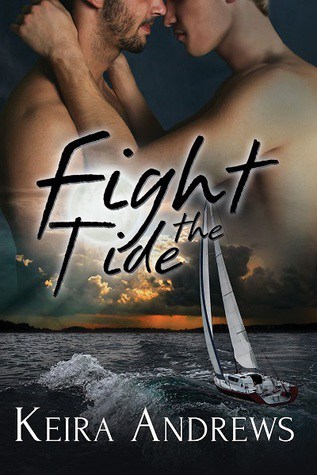