In Kinky Sprinkles by LA Witt, Andre is a Dom and a sadist. Joel is unapologetically vanilla. Can these two men find a middle ground and get their happily ever after? I received one copy of this book at no charge in exchange for my honest reviews but all opinions expressed here are my own.  This post contains affiliate links. 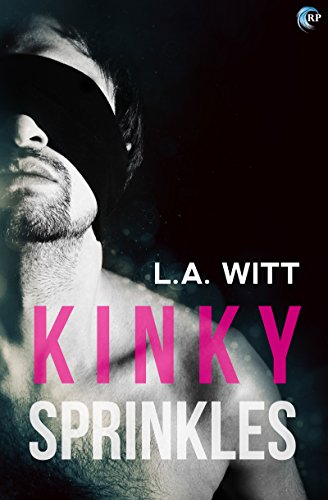 Joel has finally walked away from his abusive ex and is ready to meet new people. But that isn’t easy for a guy who’s shy, self-conscious, and struggling with his body image.

Andre has wanted Joel since the first time he laid eyes on him, and finally Joel is single. But Andre is a Dom and a sadist, and Joel is unapologetically vanilla. There’s no happy medium—either Andre reins in the kinky side that took him years to accept, or Joel grits his teeth and subjects himself to kinks that aren’t his thing. No matter who bends, someone’s going to be unhappy.

They agree to walk away, but they keep circling back to each other. Though their kinks might not line up, the chemistry between them sizzles and the emotional connection keeps getting deeper. But none of that will get them anywhere if they can’t find some kind of middle ground in the bedroom.

In Kinky Sprinkles by LA Witt, Joel has just left an abusive relationship. He has his eye on Andre but as a Dom and a Sadist, Joel doesn’t see how anything between them can work.  Joel isn’t interested in being tied up and beaten and Andre would never be happy in a relationship without that.  They keep trying to walk away but seem to be drawn to one another over and over again.  Trying to find a middle ground is tough but they need to if there is any hope of a happily ever after.

Andre is actually a really nice guy and happy to have plain old vanilla sex with Joel.  They have a ton of chemistry between them.  But he knows his inner self won’t be happy with that forever and therein lies the problem.  He is really drawn to Joel, though, and continues to hover even when he knows he really needs to back off.

I really didn’t get into Kinky Sprinkles by LA Witt as much as I did some of her other books.  There was too much time spent inside the characters heads analyzing why a relationship would or would not work.  Not enough going on outside of that to really keep my attention and make me want to keep on reading.  The chemistry and sex between these two is incredibly hot but I wanted to see more character development and more of a story outside of their relationship.

So, I won’t give away the ending.  Suffice it to say that I didn’t care for it at all. I suspected it would end that way since it was the logical conclusion given the nature of Joel and Andre but it just didn’t work for me at all.

While Kinky Sprinkles by LA Witt is a decent read, it wasn’t one of the best that I have read from this author.

Want another steamy male male romance by LA Witt? Try this one!

What He Left Behind by L.A. Witt

Read my review of What He Left Behind 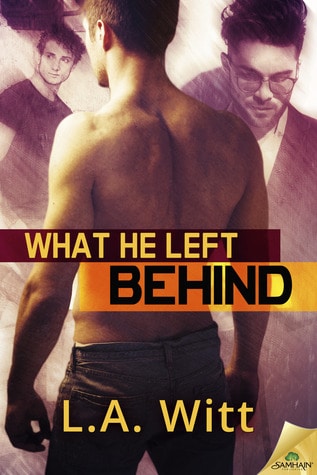