Into the Light by Scarlet Blackwell is an emotional look at what happens when our past comes back to haunt us.  I received a copy of this book at no charge from the publisher in exchange for my honest review.  All opinions are my own.  This post contains affiliate links.

Into the Light by Scarlet Blackwell 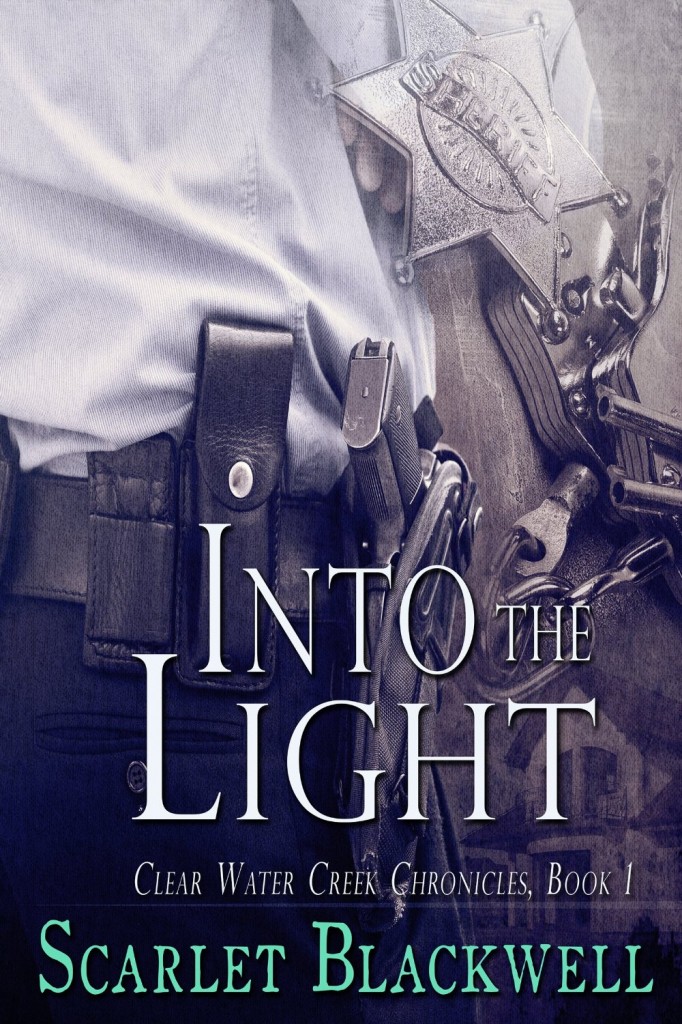 Sheriff Sean Keller hides a terrible secret – he watched a heinous crime committed eighteen years ago and did nothing to prevent it. Now he finds himself face to face with Eden Gray, the victim of that crime, who is now not so much the boy anymore, but the man. Eden makes Sean sit up and remember those forbidden desires he thought he had locked away forever and the guilt which has blighted his life.

Into the Light is an emotionally intense book.  I really disliked Sean as he was described as a highschool kid.  He was a bully with a serious anger management problem.  I found that hard to balance in my head with the adult version of Sean.  Grownup Sean has become a pillar of society.  He is a well respected police officer who everyone seems to worship.  He has lived his entire life trying to atone for his part in Eden’s attack.

Eden was out and proud in highschool and taunted Sean and his friends relentlessly, even when threatened with physical violence.  Unfortunately, Sean and his friends went too far one night and Eden is left emotionally wrecked from that point on.  His family leaves town and Eden ends up emotionally unstable and in and out of mental hospitals for repeated suicide attempts.  His sole purpose for going back to Clear Water Creek is to enact revenge on Sean, who he sees as the cause of all his problems.

I read Into the Light in only a few hours because I honestly could not put it down.  On one hand, I found it hard to believe that Eden and Sean could ever develope any kind of ‘normal’ relationship but on the other hand I found myself rooting for them time and time again.  There is a lot of ‘on again, off again’ to their budding relationship as they both try to figure out if they love each other or hate each other.  Both emotions are very intertwined and the author did a very good job of painting this struggle in my mind.

I wish the situation with Paul had not been in the book.  I feel like Sean has already suffered for his part of the attack on Eden.  I didn’t want him to lose his best friend from his childhood as well.

If you are looking for an intense and emotional read then Into the Light by Scarlet Blackwell is definitely a good choice.  I would love to see the next book in the series to find out how Eden and Sean learn to live with and love one another in the coming years.