If you love tattoo romance books, you need to read Permanent Ink by Avon Gale and Piper Vaughn.   In book 1 of the Art & Soul series, Poe is lacking direction in life, until he lands in trouble with the law.  A new apprenticeship with Jericho gives him the structure he needs, both in and out of the bedroom! I received one copy of this book at no charge in exchange for my honest reviews but all opinions expressed here are my own.

Buy on Riptide Publishing or Amazon 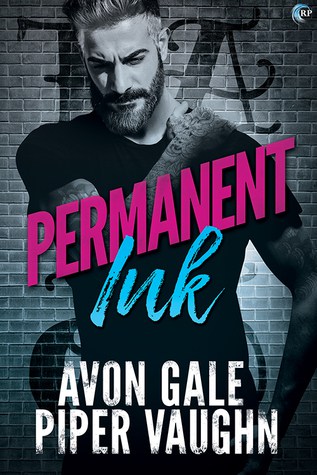 This book includes: Daddy kink and an age gap

At twenty-three, Poe Montgomery is going nowhere. He still lives in his father’s basement and spends most of his time tagging with his friends. When an arrest lands him in debt, Poe accepts the front desk job at Permanent Ink, the tattoo shop owned by his father’s best friend, Jericho McAslan. Jericho is nearly twice Poe’s age, but with his ink and prematurely graying hair, he quickly takes the starring role in Poe’s hottest fantasies.

Jericho is known for his ability to transform poorly designed tattoos into works of art, but he was once as aimless and misdirected as Poe. Wanting to pay it forward the way someone once did for him, Jericho makes Poe his apprentice and is determined to keep things strictly professional. Easier said than done when Poe makes his interest—and his daddy kink—abundantly clear.

Jericho can’t resist Poe or their intense chemistry for long. But between the age gap, tension with Poe’s father, and Poe’s best friend calling him a sellout, they’ll need to ensure they’re both on the same page before they can rewrite their rocky start into something permanent.

“Look at me.” I waited for him to do it, and took a bit of pleasure in the way his eyes finally darted to mine, like he couldn’t help but do what I said. Good. It made me a lot happier when people did that, especially when I was in charge of them.

That gave me a thought I definitely didn’t need to be having—either at work, or about my best friend’s punk-ass son. But Poe’s sulky mouth, the way he was looking up at me . . . sue me, I was gay, he was hot, and I bet my dick would shut him up nice and—

The fuck, man? Landon’s kid. Keep your brain out of your pants.

If you love tattoo romance books, this one is amazing!  Avon Gale and Piper Vaughn are two of my favorite authors and they have done a stellar job with Permanent Ink.  A few thoughts on this book:

Poe is young and aimless.  He loves street art and doesn’t seem to have much motivation to get ahead in life.  Or move out of his dad’s basement.  He gets arrested and is now in debt to his dad for bail and legal fees.  While he is a bit of a punk, he loves his dad.  They have a close relationship and Poe feels the need to pay him back.  Despite Poe’s slightly delinquent ways, you can really tell he  is generally a decent guy.
Jericho is Poe’s dads best friend.  He owns his own tattoo shop and is a responsible businessman.  He needs a new front desk guy and is gives Poe a chance. He isn’t all that impressed with Poe’s work ethic or attitude. But tells Poe that if he can manage the front desk job, he will give him an apprenticeship as a tattoo artist, which will let Poe put his love of art into a slightly more respectable outlet.
There was great development of secondary characters in the book.  Landon (Poe’s dad) and Blue (Poe’s friend) were awesome and I HOPE I know where things are going in book two!

Poe likes older, confident partners of either gender and Jericho definitely peaks his interest.  Of course, Jericho is definitely not keen on hitting the sheets with his best friend’s son.  But the chemistry is there and things start heating up.  There are several factors making a relationship a bit taboo.  You have a 17 year age difference, the boss/apprentice angle and the fact that Poe is his best friend’s son.  But, they are really drawn to one another, both physically and emotionally.
Poe and Jericho are drawn together at first over an appreciation of art.  The heat comes slowly once they get to know each other. Weeks go by off page so this isn’t a rushed and fall into bed romance book.
The chemistry between them is intense.  Poe likes being ordered around during sex and Jericho definitely puts him in his place.  But he does it respectfully and quietly.    The dominance is a very controlled yet powerful force between them.

I was particularly moved by one scene early in the book. It is the moment that Poe realizes that tattoos are meaningful.  That they aren’t always just some random image drawn on the skin.  That sometimes a person’s tattoo can be an incredibly spiritual moment.  There was a nice amount of discussion throughout the book about what art really means.  It’s a nice thought provoking tidbit scattered into the romance and character development.

Poes old life and new life clash together.  It creates friction between Poe and everyone he cares about.  When things finally come to a head, angry heated words are said.  Poe needs to decide where he wants his art to go and Jericho needs to come to terms with the idea of letting Poe make his own choices.
If you love tattoo romance books, I highly recommend this one.  Awesome characters, slow and sexy romance and the ending of this story was perfect!   I can’t wait to read Blue’s story as soon as it comes out! 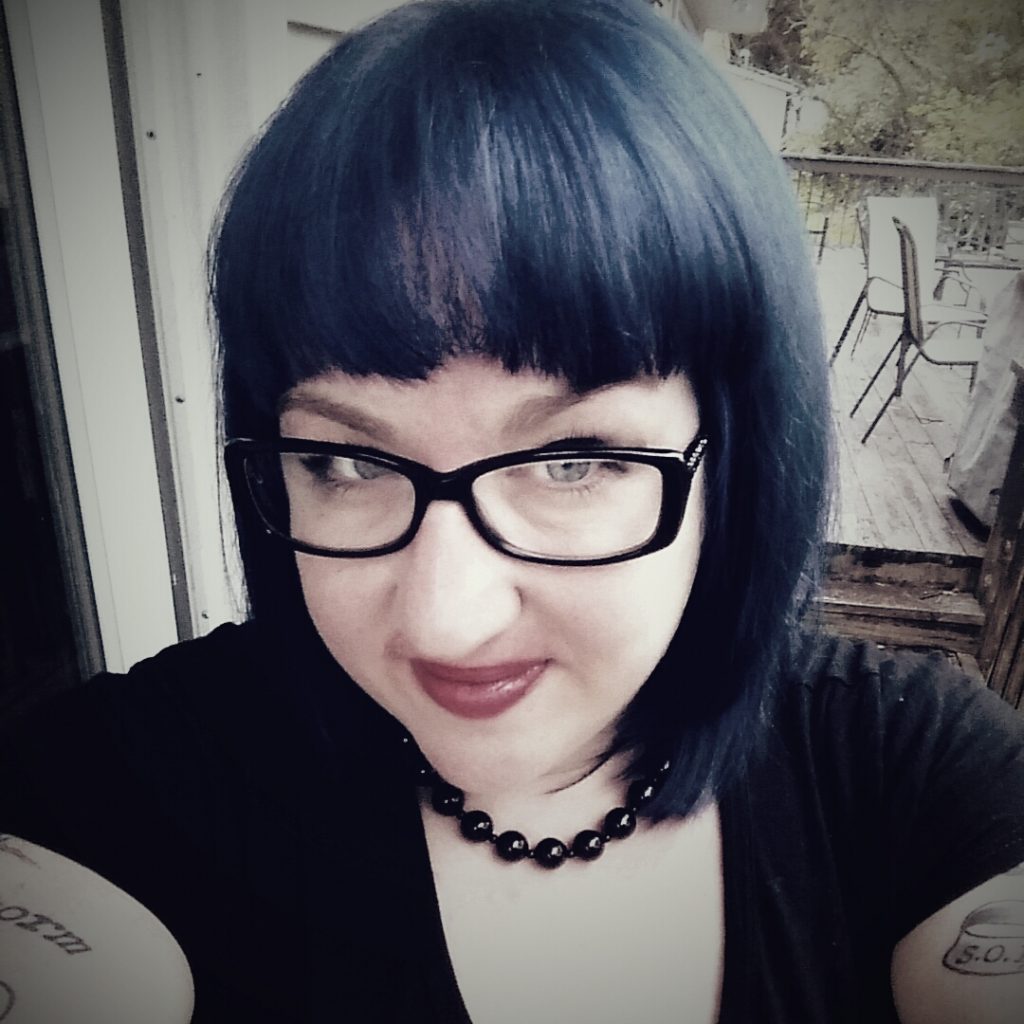 Avon Gale was once the mayor on Foursquare of Jazzercise and Lollicup, which should tell you all you need to know about her as a person. She likes road trips, rock concerts, drinking Kentucky bourbon and yelling at hockey. She’s a displaced southerner living in a liberal midwestern college town, and she never gets tired of people and their stories—either real or the ones she makes up in her head.

Avon is represented by Courtney Miller-Callihan at Handspun Literary Agency. 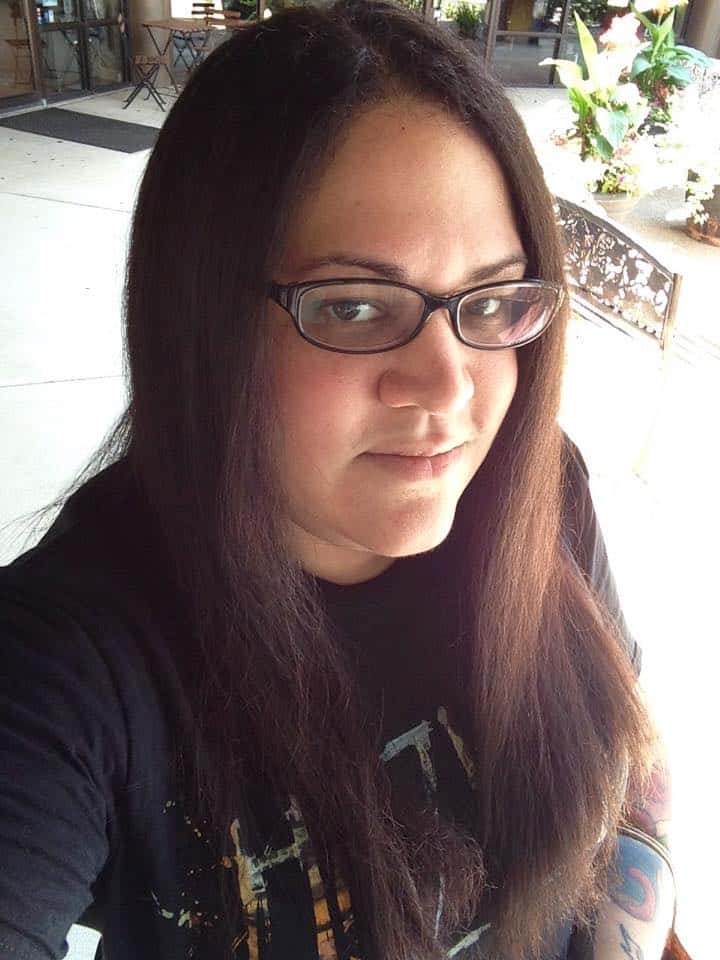 Piper Vaughn wrote her first love story at eleven and never looked back. Since then, she’s known that writing in some form was exactly what she wanted to do. A reader at the core, Piper loves nothing more than getting lost in a great book—fantasy, young adult, romance, sci-fi, she loves them all (and has a three-thousand-book library to prove it!).

As a bisexual and Latinx person, Piper takes great pride in her heritage. She grew up in an ethnically diverse neighborhood and strives to put faces and characters of every ethnicity in her stories, so her fictional worlds are as colorful as the real one. Above all, she believes that everyone needs a little true love in their life … even if it’s only in a book.