Midnight Run by Bailey Bradford is a short story about a lone wolf and a submissive arctic fox who both learn that they don’t have to be alone in the world anymore.  I was provided with one copy of this book at no charge in exchange for my honest review.  This post contains affiliate links. 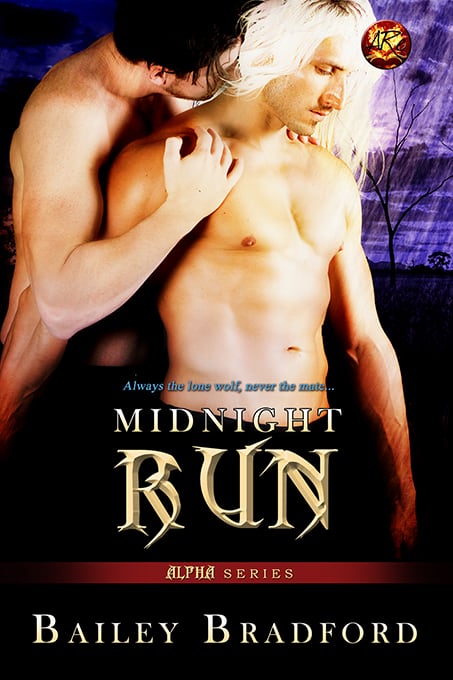 Alpha Jack Herman used to have a pack, but he’s been alone for a long time. When he catches a whiff of another shifter encroaching on his preferred hunting grounds, he’s determined to put a stop to that immediately. There’s only room for one wolf in Jack’s territory—Jack.

Captured as a pup, Malakai is a shifter, but he’s neither wolf nor alpha. What he is, is scared, exhausted, starving, and close to giving up. Hunted by a predator, Malakai fears his newly found freedom is about to come to a violent and abrupt end.

Instead, he finds himself in the arms of a man strong enough to do whatever he must to take care of Malakai.

We meet both of our main characters while they are shifted and running through the forest.  Jack, the lone alpha male, has scented another shifter in his territory.  His pack chose to leave him behind and there should not be other shifters nearby.  The smell of this particular one has really got him quite excited.

Malakai is an arctic fox shifter who has lived the last 10 years trapped in a cage as a ‘pet’ to some rather unscrupulous people.  He is fairly clueless about everything since he was still a child/pup when he as captured.  He is scared, very submissive, and grateful when Jack turns out to be a decent human being.  The fact that Jack welcomes him into his home and heart eases his mind quite a bit.

The story line is primarily these two characters getting to know each other and make a life together.  They have to figure out day to day living, the re-arrival of Jack’s old pack, reuniting with the family that Malakai thought was lost forever, and how to create a happily ever after.

I was also confused about the disappearance and reappearance of Jack’s old pack.  The author discusses it briefly but I was left rather confused about what exactly happened to make them leave and then decide randomly one day to come back.

There were a few other tidbits here and there that just seemed a bit odd or to not quite fit but those were the two biggies.

Overall, I liked the characters themselves and think the story had great potential.  I just couldn’t quite get past the inconsistencies in the plot itself. 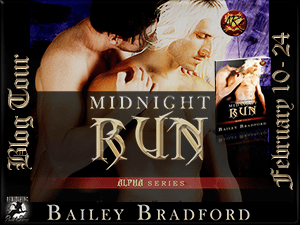 A few things about me…

I am a married mom of four who spends most of the day writing, either on stories or at the blog. I love to write as much as I love to read. I am generally quiet and laid back, choosing to let things slide off me rather than stick and irritate me.

And it’s really hard trying to think of descriptives for myself, so I’ll just let y’all e-mail me or comment at the blog if there’s something specific you’d like to know, and spare you from reading a boring bio.