In On the Run by Michael Mandrake, a British hitman falls in lust at first sight with an American felon.  Too bad it could become deadly for both of them. Get some inside information about the book from the author and enter the contest at the end of the post!  This post contains affiliate links.

On the Run by Michael Mandrake

Buy link for On the Run: https://www.pride-publishing.com/book/on-the-run 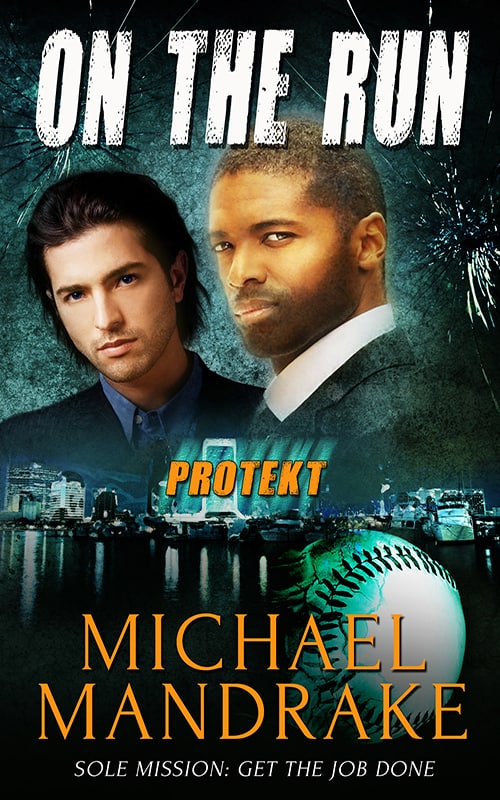 Series:   Book one in the PROTEKT series

A note from the author:

There are a few reasons why I wrote On the Run.

Firstly, I’d been inspired by the baseball players who used performance enhancing drugs, the story of the supplier Anthony Bosch, my love for sports, and of course, putting Matt Bomer and Idris Elba together in a story.

Another reason is my love for the British. You may ask why in the world do you have such affinity for the Brits? You’re an American for god sakes. True, but I’ve always loved anything that comes from Great Britain.

So, how did it start?

Yep. Those guys. I was a pre-teen in the eighties and I heard “Rio” on the radio eons ago. I watched their videos on television, I begged my mother to let me go to their concerts, and when I heard them speak, I squealed like a banshee!

Even thir… ahem… so many years later, I love hearing it and because I’ve grown up, a little, I’ve come to appreciate much more about the British besides the accent.

Though I’m fully aware that Great Britain or England isn’t perfect, it seems most European countries are a lot more open minded. I don’t have a lot of interest in the monarchy, but it would be great to meet the Royals. Then there’s Big Ben, Buckingham Palace, The Thames, the English countryside, and Brighton. I hope in the not too distant future to take a trip to Europe.

So much about the British I love, but yeah, I go back to that accent.

Gives me chills! I even made my gay male muse a Brit.

These days however, it doesn’t have to be one of Duran men speaking. I’m fully okay with hearing Idris Elba. 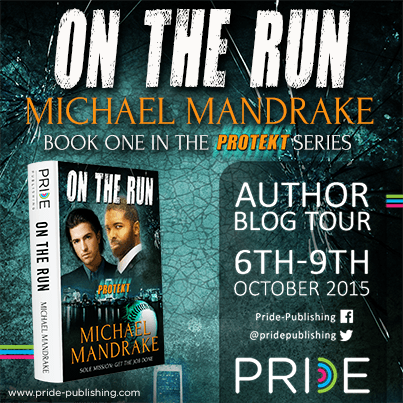 Blurb for On the Run:

Who would’ve thought that a British hitman would fall in lust at first sight with an American felon? It could become deadly for both.

Aiden Moriarty is a Florida ‘herbalist’ who works with a performance-enhancing drug used by many athletes. One of them is baseball star Ivan Salerno, who was caught using the drug and is now on the brink of getting suspended. Because of Ivan’s connections with a rogue mob boss, Aiden is taken into a witness-protection program, working along with baseball higher-ups until he testifies.

The mob boss, Augustine Ora, has hired former British military officer and his best hitman Devlin ‘Brit’ Crawford to do the job. Ora has instructed Devlin to go to Miami, kidnap Aiden and take him to the local airport to be transported to Havana, Cuba, to be executed by Ora’s top officers.

However, when Devlin receives the email, the pictures of the blue-eyed felon catch his eye and he is moved to go in a different direction. Instead of delivering Aiden to the airport, he has thoughts of taking him away and saving him from Ora’s wrath.

This move puts himself and Aiden, as well as his assistant, Miranda Ashley, in huge danger. Will Devlin keep Aiden safe despite the odds, or will he fail, causing Ora and his men to come after him?

Reader Advisory: This book contains the use of racial slurs.

Excerpt On the Run:

“Yeah, so I need you to help me get this guy away from Ora. He wants me to fly to Jacksonville, take the guy from under police protection and put him on a plane to Miami.”

“Really? And how much is he paying?”

“One hundred and sixty thousand in U.S. currency.”

Miranda whistled, “Mate, that’s a fooking lot of dough to turn down for some arse, you know. I can’t stand the bastard, but if he was offering me that type of cash I might have to think twice.”

“Yeah, well, you know money is no object for me, love. I…I just feel like there’s something about this man and I want to give it a shot. Not only that, I’ve had it with Ora and his homophobia. Every time he says the wrong thing, I’m ready to slit his throat.”

“Oh? Oh really? But what happened to what you just said? How he treats you with respect…”

“Yeah, the wanker said he couldn’t deal with me being so secretive about what I do or my whereabouts. So I told him to go and, as the Americans say, ‘don’t let the door hit you on the way out’.”

“Huh, what a wuss. Anyways, whatever you need, D, just tell me where to go and I’ll be ready. And besides, I’ve always told you there’s a place here for ya with the misfits.”

Devlin laughed and rubbed the scruff on his chin. “Yes, yes, of course, Miranda, but your misfits are all young and randy like yourself. I wouldn’t fit into that mold because I’m a seasoned veteran.”

“Yeah, yeah, Devlin, whatever you say. You still got the smarts and the brawn, regardless of how old you are.”

“That may be true, Miranda, but I’m not getting any younger. It may be time for me to start thinking of my own way to do things, and acting on my own. For business, that’s totally fine to do solo, but on the personal side, I need a partner.” 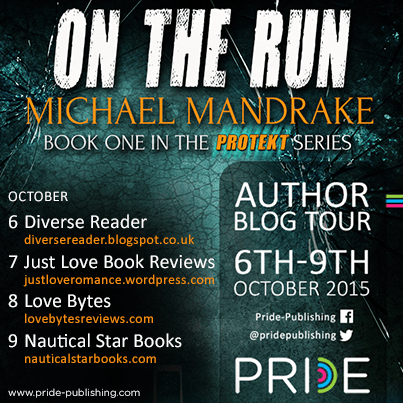 Michael Mandrake pens complex characters who are already comfortable in their sexuality. Thorough these characters, he builds worlds not centered on erotica but rather the mainstream plots we might encounter in everyday life through personal experiences or the media.

Enter Pride Publishing’s October blog tour competition for the chance to win an eBook of your choice, not including boxsets or anthologies.