Player vs Player by Amelia C. Gormley is not a light hearted romance.  It deals with major issues within the gaming community and the societal problems that play a part in them. However I could not put this book down without knowing how things played out with these amazing characters. 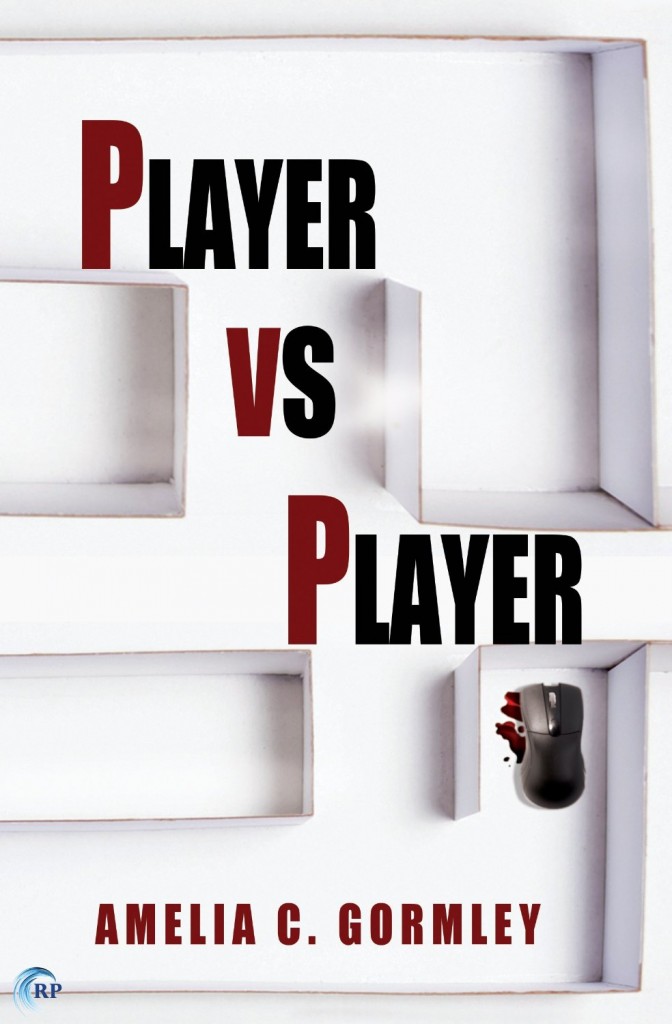 Author Info: You can learn more about Amelia Gormley by checking out the author’s website or following her on Twitter.

Video game writer Niles River loves the work he does at Third Wave Studios: creating games with mass appeal that feature women, people of color, and LGBTQ characters. To make his job even better, his best friend is his boss, and his twin brother works beside him. And they mostly agree that being on the forefront of social change is worth dealing with trollish vitriol—Niles is more worried about his clingy ex and their closeted intern’s crush on his brother than he is about internet harassment.

But now the bodies on the ground are no longer virtual, and someone’s started hand-delivering threats to Niles’s door. The vendetta against Third Wave has escalated, and to make matters worse, the investigating detective is an old flame who left Niles heartbroken for a life in the closet.

No change happens without pain, but can Niles justify continuing on with Third Wave when the cost is the blood of others? If he does, the last scene he writes may be his own death.

There aren’t many fictional books that truly leave me feeling smarter when I finish reading them.  I am not a gamer at all.  Mario Brothers is about as close as I come to a video game and even that is rare.  To read in such detail about the design, marketing and culture that surrounds the gaming community was truly fascinating.

Niles and his twin brother Jordan work for a company called Third Wave.  Rosie, a strong and vibrant Latina woman, owns Third Wave and also happens to be best friends with Nile.  The video games that they produce are designed to NOT fit the stereotypical heterosexual male gamer.  The role playing games they create include smart, kick butt women (rather than busty airheads you often find in games) as well as LGBTQ characters. Their forward thinking game creation pisses off a lot of fringe groups and dead bodies start piling up around them.

Player vs Player is told from several different characters points of view.  Throughout the story you learn a lot about each character by seeing the story play out in their voice.  You can just feel how intense Jordan is about protecting his brother.  You understand Rosie’s passion for the mission behind Third Wave.  And you really connect with Niles and the guilt he feels for creating story lines that are getting people killed.

The mystery in this story is very well thought out. And once you come to the ‘conclusion’ of the mystery you still have about 50 pages left because it isn’t quite as done as you thought it was.  Not giving any spoilers here, though!

Now, I will say that Player vs Player is not for the faint of heart or those looking for an easy, breezy book to flip through.  There is a lot of gamer speak and explanation of gamer culture and protocol.  I found it very interesting and not at all difficult to understand.  You will LEARN something and I, for one, really enjoyed that aspect of it.  Player vs Player is also a bit on the gory side at times.  There is death and violence and bloodshed and it isn’t all glossed over and hinted at.  Also, if you are looking for sex and romance, it isn’t really heavy on that either.  The book is about half way through before any real ‘romance’ is initiated and sex is hinted at but not written.  There is heat and teasing and kissing and then we cut to the next scene.  I think this book would be classified more as a mystery rather than a romance.  However, it is still an amazing book…I just like a little bit more smut with my mystery!

I loved Player vs Player and it was one of those ‘can’t put it down til it’s finished’ kind of stories.  I highly recommend it if you are looking for an intense mystery that really makes you think.

One final note to the author: That last scene was just mean.  I really wanted it to play out in full and graphic detail! And please tell me that Jordie gets his own book very soon!