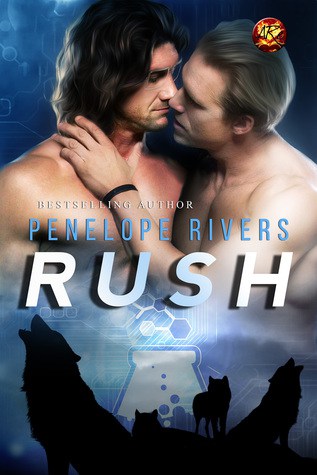 Out of desperation and danger comes love. What a rush!

Strapped for cash, Dante Kinnaird agrees to sell a sample of his werewolf DNA to the owner of a security company intent on breeding fierce and fearsome dogs. Dr. Crios Mantzaris Karras III, a brilliant but arrogant scientist, creates the serum and gets on Dante’s last nerve. Dante can’t wait to cash his check and get away from this man.

Crios’s ego takes more than a beating when his hybrid were-dogs become uncontrollable and terrorize the countryside. Dante knows he must make things right, and puts aside his feelings for Crios as they team up to stop these bloodthirsty monsters.

In the heat of battle, he never expected those feelings to change.

Two hours later, Dante sat strapped in the chair as Crios ran his fingers over his bare arm, seeking out a vein so he could draw blood. The other man didn’t hesitate before thrusting the needle straight into his inner elbow. Dante barely felt the needle dipping into his skin. To him, being prodded was nothing.

“What’s interesting?” Blood was blood, after all.

Crios sighed as if dealing with the questions of the common man was oh-so-exhausting. “Werewolf blood looks the same as human blood.”

A grin covered his face before he could stop it. “Did you think that werewolves bleed blue or something?”

“Don’t be ridiculous. Blue blood? Whoever heard of such a thing? This is reality, not a comic book.” Miffed, Crios shook his head. “I just wasn’t sure what to expect. I’ve never worked with werewolves before, so for all I knew your blood could have had a different consistency and color than a human’s.”

“I take that to mean you haven’t been gene mashing werewolves and animals for long?”

Crios picked up the vial of blood and transplanted it into a metal vat beside him. “No, I haven’t. I didn’t even know that werewolves existed until Norm shared the truth with me. And even then, I was skeptical until I did the research myself.”

“I wonder how Norman discovered werewolves.” He reminded himself to ask Norman when he returned from the restroom. Werewolves were a pretty well-kept secret, and for a good reason. If the human population discovered their existence, then their kind would never be left alone.

Pulling a white cotton ball from his pocket, Crios rolled it between his thin fingers. “Norm told me that he saw a werewolf transform when he was walking home from a bar. After that, he couldn’t get thoughts of werewolves out of his mind. He dug around and found out all about them.”

Well, it looked like Dante hadn’t needed to wait until Norman returned from the restroom to question the man after all. “The werewolf who was seen should have been more careful. Most of my kind tries not to transform in the presence of humans. It’ll put us in danger.”

“Open your mouth.” Crios rolled his eyes. “I have to do a swab.”

“Oh.” He blinked in surprise before opening his mouth wide. Maybe he was being ridiculous, but he could only pray that his breath didn’t stink.

The man ran the cotton swab along his cheek and then opened a plastic bag and put it inside. As Crios laid the bag next to the blood sample, Dante couldn’t help but feel mounting curiosity in regards to this brilliant but socially inept person.

“Have you always liked science?” He noted how natural Crios appeared floating around in his lab coat.

“Science isn’t something I like as much as it is something that is in my blood.” Crios pushed the glasses further up his nose. “I come from a family of scientists. My mother and grandfather were brilliant chemists. I, however, chose to specialize in a few different scientific fields. I figured that I’m smart enough to work in several different scientific areas at once.”

I love how he had to add a little self-plug in there…”You just made it sound as though you don’t like science.”

“Like I said, science runs in my blood. That’s all there is to it. It’s not a matter of me liking or disliking it.”

“But what’s the point spending your life doing something you hate?” He’d rather spend his life trying his best at something he enjoyed even if he was crappy at it. “It sounds like you’re setting yourself up for years of pain and misery. I don’t know why you’d do that.”

“I don’t hate science. I just don’t particularly like it.” Crios stopped talking as his face became the color of a freshly plucked plum. “Why on earth am I talking to you about this? I shouldn’t have to defend my life choices to a perfect stranger.”

Crios huffed and pulled another cotton ball from his pocket. “This is why I hate dealing with people. It’s always so exhausting.”

Other people were exhausting? Dante had once had to run fifty miles in one go, and that had tired him out less than this conversation. “Sorry I’m such a trial.”

In response to his jab, Crios said nothing. Zilch. Nada. The guy probably hadn’t even noticed his tone.

“Do you have any family?” He wanted to know how Crios had ended up so much like, well, Crios.

“They’re all dead.” Not even a smidgeon of emotion crept into Crios’s crisp voice. Dante had heard someone become more emotional about a deceased goldfish.

“Don’t be. My parents were non-existent in my life even when they were alive.” Once again, Crios delivered the earth shattering information with emotional detachment. It was strange that the man blew up over the eggs on his sandwiches, but spoke without remorse about his own dead family.

“Still, you have to miss them.” It would be impossible for him not to.

Annoyance flickered in Crios’s steely eyes. “No, I don’t. Not at all. Not even in the slightest bit.”

The words made Dante fall silent.

“Open,” Crios snapped, prodding his lips with a cotton ball.

At once, he opened his mouth. 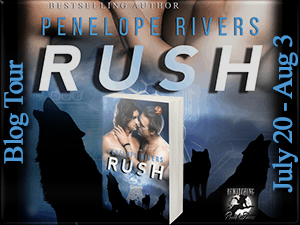 2 ARe eBooks, reader’s choice of any ARe imprint to one winner