Today I am sharing a ton of great info about Save of the Game by Avon Gale.  This is a 5 star hockey romance with very low angst but with plenty of depth.  Riley and Ethan get to know each other on and off the ice and sometimes that goes a bit more smoothly than others!  Keep reading for an excerpt from the story as well as an author interview and my own personal review of the ARC I received from the author.  I am also including a few affiliate links if you buy the book, which I highly recommend that you do!

Save of the Game by Avon Gale 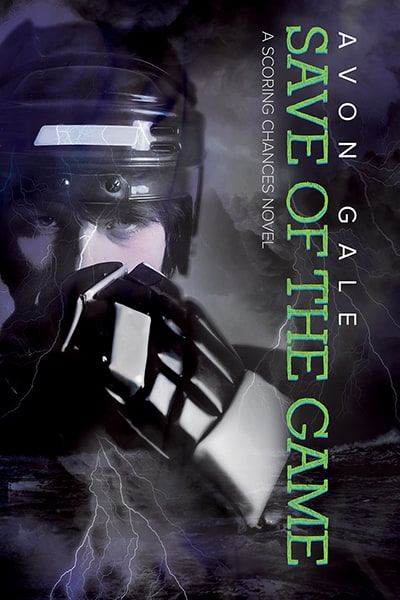 Book Name: Save of the Game

Series: Scoring Chances (It can be read as a standalone.)

After last season’s heartbreaking loss to his hockey team’s archrival, Jacksonville Sea Storm goalie Riley Hunter is ready to let go of the past and focus on a winning season. His new roommate, Ethan Kennedy, is a loud New Yorker with a passion for social justice that matches his role as the team’s enforcer. The quieter Riley is attracted to Ethan and has no idea what to do about it.

Ethan has no hesitations. As fearless as his position demands, he rushes into things without much thought for the consequences. Though they eventually warm to their passionate new bond, it doesn’t come without complications. While trying to financially help Ethan, Riley must hide his family’s wealth so as not to hurt Ethan’s immense pride. For their relationship to work, Ethan will need to learn when to keep the gloves on and let someone help him—and Riley will have to learn it’s okay to let someone past his defenses.

His phone beeped, alerting him that he had a new text message. It was from Ethan Kennedy, the defenseman the Storm had acquired before the trade deadline last spring. The rowdy Kennedy, who had a heavy New York accent and was a huge fan of the New York Rangers—a team Riley hated, by virtue of being a New Jersey Devils fan—had bunked with him for a few weeks during the finals. He’d gone back to New York after the Storm lost in the playoffs. Riley hadn’t been sure if he was coming back or not, but the text message indicated he’d just gotten back to town, and would Riley mind picking him up from the airport?

And oh, he got a cheaper rate by flying into Tampa, which was three hours away. Was that a problem? And one last thing. Riley didn’t need a roommate by any chance. Did he?

Riley looked around his apartment, which was nice and clean and quiet. Just like it always was, except for those few weeks last spring when Ethan was there. He was loud and messy and always in Riley’s space, left half-full cans of Pepsi everywhere, drank whiskeys with dubious-sounding names, and smoked like a chimney.

be there in 3 hrs, Riley texted and grabbed a few boxes of coconut water out of his fridge. The idea of coming home alone after games reminded him of those car rides in Wyoming, and he was getting tired of the silence.

I seriously loved this story.  Ethan was happy go lucky in life and aggressive on the ice.  He had some emotional baggage as the result of a father who walked out on the family but overall, his family was strong, loving, and totally amazing.  He has problems asking for help which gets in the way of his and Riley’s relationship on occasion.

Riley has more money than he will ever spend in his lifetime but his family is distant and uninterested in him.  He wants a family and Ethan’s is more than happy to adopt him.  I love how they just take him into the fold and love him just like one of their own. Riley loves taking care of Ethan….he nags him about smoking and makes sure he stays hydrated.  Their relationship is incredibly sweet.  It is also at times sexy and totally amusing.  They really make an adorable couple.

I actually loved the honesty the author put into the sex itself.  These guys are both new to the whole gay sex thing.  It is awkward and at tines a bit weird and things aren’t always perfect.  But, it is also sexy and sweet and incredibly special.

The author created an amazing cast of secondary characters.  They are well thought out and I loved getting to know each one of them.  There was just enough ice time in the story for this hockey lover to be totally satisfied but it didn’t overwhelm the story itself.  This is also a nice, low angst story that has plenty of emotional depth and character development.

I won’t spoil the ending but rest assured that these guys get a happily ever after that gives them both exactly what they need, even if they didn’t know they actually needed it!

Avon Gale was once the mayor on Foursquare of Jazzercise and Lollicup, which should tell you all you need to know about her as a person. She likes road trips, rock concerts, drinking Kentucky bourbon and yelling at hockey. She’s a displaced southerner living in a liberal midwestern college town, and when she’s not writing you can find her at the salon, making her clients look and feel fabulous. She never gets tired of people and their stories — either real or the ones she makes up in her head.

Hi Avon, thank you for agreeing to this interview. Tell us a little about yourself, your background, and your current book.

The story is set in the same universe as Breakaway, featuring the goalie, Riley Hunter, and Ethan Kennedy, the defenseman who’s traded to the Sea Storm at the end of the first book. I liked the idea of writing a goalie and an enforcer, because I’m a huge hockey fan and those are my two favorite positions.

I think you need to love words. Be moved to tears by them, memorize them for the hell of it, have a million favorite quotes. You know those word-of-the-day emails you can sign up for? I think you need to be excited when it’s a word you haven’t heard of before.

That, and a sense of humor and the ability not to take yourself too seriously. Then again, I think everyone should have those skills.

Someone who is complicated and flawed. I like people who aren’t perfect.

I definitely need to be less wordy and watch overusing words and phrases. I feel I have a good handle on my narrative voice but I don’t want to get lazy with it. And I am always trying to work on the “show-not-tell” thing. I love character backstories but I need to work on putting them in the narrative and not just info-dumping them. I’d like to work more on my descriptions, as I tend to (unsurprisingly) focus on dialogue and character interaction more than setting a scene.

It’s called “The Owl Who Loved Sunshine” by Mary Carey. It’s about this owl, Leander, who wants to go outside in the daytime even though all the other owls tell him that is not proper owl behavior. Leander doesn’t listen and befriends some meadow creatures even though that is also not proper owl behavior. I liked the message of finding ways to be yourself and finding your own path to happiness. Incidentally, I decided to make this Ethan Kennedy’s favorite story to read to his sisters, because of the same message. I think it’s definitely one that would also appeal to him! 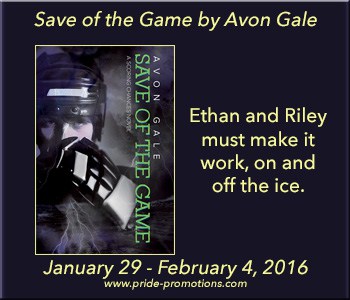 The Novel Approach, Boys on the Brink Reviews, Three Books Over The Rainbow, Carly’s Book Reviews, The Hat Party