Snowcroft Safehouse by Christi Snow is book two in the Snowcroft Men series but can be read as a stand alone book.  Declan Jasper went from rock star to band teacher in one mighty explosion.  Falling in love along the way was the hard part. I received one copy of this book at no charge from NetGalley in exchange for my honest opinion.  This post contains affiliate links. 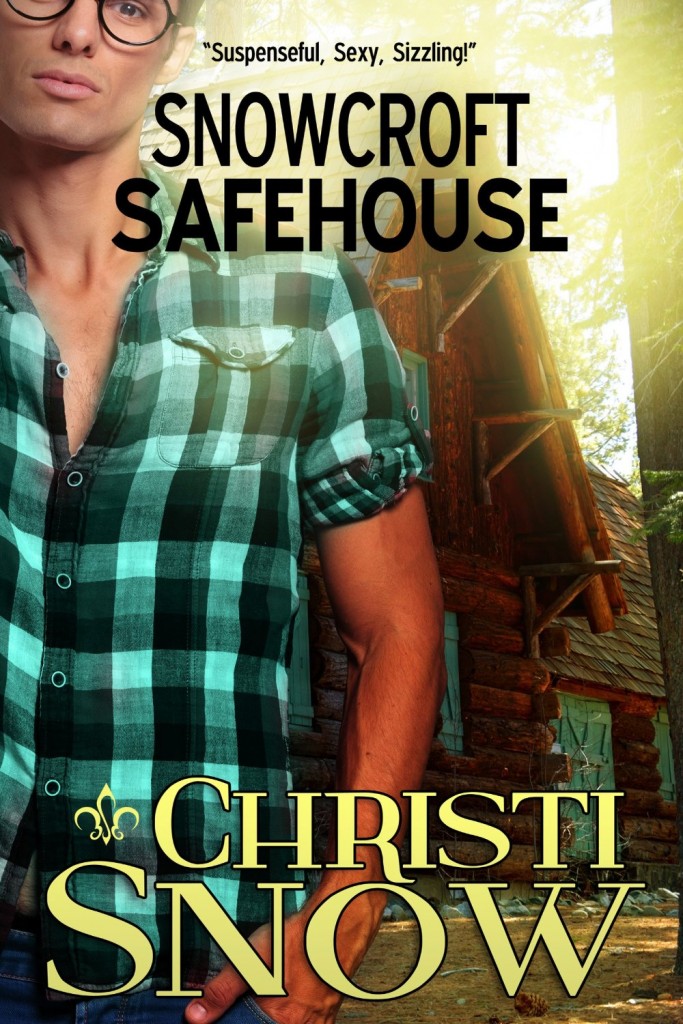 A year ago Declan Jasper was entertaining sold-out arena crowds as the lead singer of Black Rainbows. But that came to an explosive end when the band got caught up in a criminal cover-up, one that ended with the entire band dead. At least that’s what everyone is supposed to think.

Now, Dex is hiding in plain sight, working as the school band director in a sleepy little mountain resort town while under the protection of a hard-nosed FBI agent. Instead of eyeliner and black leather, he now wears glasses and corduroy. Instead of having sexy coeds—both male and female—throw themselves into his bed, he’s dealing with teenage angst and grumpy parents.

At the top of his troubles list is Kelsey Walker, a junior high bundle of rare musical talent in the form of one confused, messed-up adolescent. Dex figures the problem comes from her broken home and wants to help. But when he meets her father, sexy bar-owner, Jack Walker, he realizes that instead of helping he’s probably just bringing more trouble and danger to their door.

Dex has to stay alive until the trial to bring his bandmates’ murderers to justice, but can he do that if it means sacrificing his own happily ever after?

We first meet Declan Jasper (AKA Dex) on his drive into the tiny town of Snowcroft.  He has survived a massive explosion that killed all of his bandmates (and best friends) and he is currently hiding out in the witness protection program.  The public and his family thinks he is dead and it has to stay that way so he can testify against the scumbags who blew up his band.

Law is Dex’s bodyguard.  Only now that Dex is officially dead, he is actually playing the half brother of Finn, the new band teacher at Snowcroft middle school.  He has gone a bit off the grid on this case to keep Dex alive to testify.  He has a few personal demons to deal with along with the protection detail and I do hope that Law gets his own book.  I really liked him as a secondary character.

Dex falls head over heals for Jack, bar owner and parent to one incredibly talented middle school music student.  Jack is gay, but married young when he found out he was about to become a father.  His wife died three years previous to the book from breast cancer but Jack is very much in the closet.  It bugged me but was understandable given the small town and the fact that he had a 12 year old daughter to think about.

There were things I liked and things that irked me about Snowcroft Safehouse.  The writing is top notch, engaging, and easy to read.  Characters were incredibly well developed, as were the secondary characters.  Dex and Jack are clearly physically attracted to each other but also developing a deep emotional bond that really connects them to one another.  And, honestly…I was a band geek. The idea of a rock star playing band teacher just grabs me.  Why couldn’t my own band director have been so sexy?

The things that bugged me were more story line oriented….While I wanted more of the mob/explosion story angle I did NOT need the gore that was included at the end.  That just had me flipping pages to get through it without actually reading it.  I also think that Kelsey (Jack’s daughter) went from being an incredibly intelligent and well adjusted teen to being a bit of a brat.  Of course, since I HAVE teens I do know that it is possible but it seemed a little too abrupt.

Overall, I really liked Snowcroft Safehouse and I think the author is a very talented writer.  I would have changed a few things about the book but as a whole I would certainly recommend it as a very good story.