Stand By You  by A.M. Arthur is the continuation of The Belonging Series.  We join Romy on his journey back from an abusive relationship and find that Brandon isn’t quite as straight as he (and we!) thought!

Stand By You (The Belonging Series) by A.M. Arthur 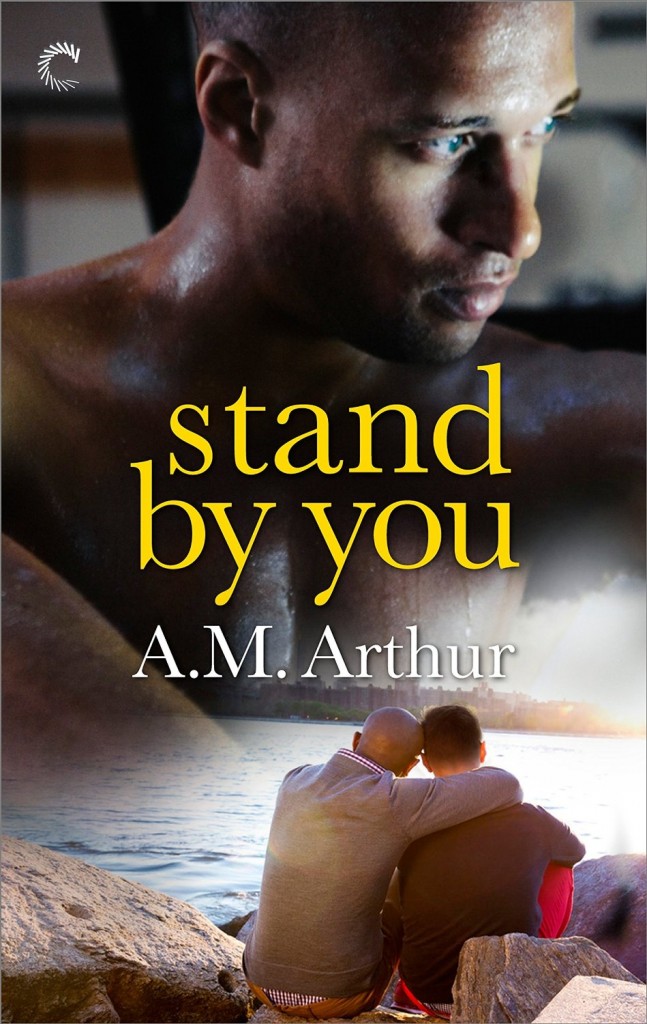 Purchase Link (affiliate link!—>>>):Stand By You (The Belonging Series)

Three months after his rescue from an abusive boyfriend, twenty-two-year-old Romy Myers has landed his first legitimate job—bussing tables at his friend’s new coffee shop. The job has brought him some stability after years of abuse have left him feeling damaged and broken. He’s working hard on his panic and social anxiety, and those things are often tempered by the big, burly presence of Brendan Walker.

From the moment ex-football player Brendan helped rescue Romy from his ex’s abuse, he’s wanted to protect him. And he does, from a distance, with joking text messages, a new gym routine to toughen him up and a genuine friendship. So far it’s been easy—but Brendan’s feelings aren’t just friendly anymore…

When an argument spirals out of control, a hot and heavy make-out session causes Romy’s friendship with supposedly straight Brendan to reach a new level. The last thing Romy wants is to fall for another guy who could potentially shatter him, but Brendan also wakes up a part of him he thought had been destroyed by violence—his heart.

The characters and storyline in Stand By You will definitely make more sense if you have read the other books in this series first, although you could read it as a standalone book and still enjoy it.

Stand By You is all about Romy’s journey towards healing and self discovery, as well as his relationship with Brandon.  Since no one is actually confident of Brandon’s sexuality, he is assumed to be straight and thus he is placed firmly in the ‘friend’ category in Romy’s mind. That makes it easy for Romy to relax and open up to him since he is trying to recover from a horrible abuse situation from the previous book.  Brandon, however, is not 100% certain of his sexual orientation and feels that the area may be a bit ‘greyer’ than he has always thought.

The author did a wonderful job showing us Romy’s struggle to overcome the abuse from his last relationship.  Actually, relationship is not even the right word for his experience and he will be forever grateful to his friends, especially Brandon, for rescuing him.  His physical and emotional struggles  make it hard for him to do even the simplest of things like eat and sleep, not to mention learning to trust someone again.

I liked the way that Brandon was portrayed…a good son but one who was willing to defy his family’s opinions on homosexuality to be with the person he loved.  A man who can get angry but is strong enough to control those emotions. One who has chosen to be with women because there just wasn’t a guy in the picture that was important enough to go the other way for.  Not perfect…but human!

I loved the pace that the author set for these two characters to discover their true feelings for each other but I admit, I wanted a bit more towards the end of the journey.  What I wanted more than anything was to see Romy stand on his own two feet for a while before falling for Brandon.  While there was definitely discussion about that as the book wrapped up, I think I would have liked Romy to be a tad bit stronger emotionally before the happily ever after.

Overall, though, I great book and I loved seeing all the characters from the previous books in this series as well!