Starstruck by L.A. Witt is a sweet male/male romance with a Hollywood twist.  I received one copy of this book at no charge from the publisher in exchange for my honest review.  All opinions are my own.  This post contains affiliate links. 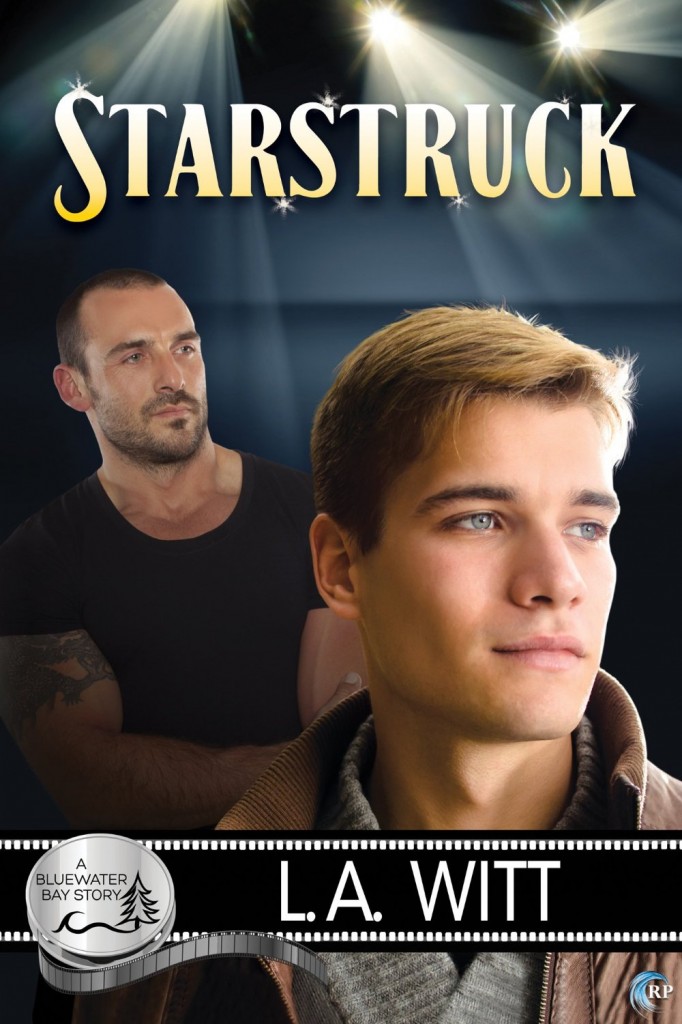 Retired action star Levi Pritchard has made a quiet life for himself in the sleepy logging town of Bluewater Bay, Washington. But then Hollywood comes to film the wildly popular television series Wolf’s Landing, and Bluewater Bay isn’t so sleepy anymore. His retirement doesn’t stick, either, because he’s offered a part on the show—exactly the kind of complex role he’d always wanted, one that would prove him more than a glorified stuntman. The only catch? He has to stay in the closet—no matter how attractive he finds his co-star.

Carter Samuels is the critically-acclaimed male lead on Wolf’s Landing. And now, the man who inspired him to take up acting—and made him realize he’s gay—is joining the cast, and sparks fly between them instantly. But Carter is out and proud and determined to stay true to himself.

Remaining just friends is the only thing to do, as both the studio and Levi’s disapproving, dysfunctional family keep reminding them. Except their friendship deepens by the day, tempting them with what they can’t have but both desperately need.

L.A. Witt has always been an autobuy for me and I loved the characters and setting she created in Starstruck!

Levi left Hollywood behind because he was tired of living his life under a microscope.  His very popular role as a big name action hero left him with a lot of fans but never allowed him to really grow as an actor.  Carter is a young, up and coming star but he has always been Levi’s number one fan.  Hollywood brings Carter to Bluewater Bay and drops him right on Levi’s doorstep. Now, if the two of them can navigate the stress of making a Hollywood blockbuster maybe they can manage to fall in love at the same time!

Starstruck is all about the buildup of the friendship between Levi and Carter.  There is an age gap there that Levi just doesn’t know if he should cross.  Not to mention the fact that Carter stands for everything he left behind in an effort to escape the public eye.  The is a LOT of sexual tension.  There is also the very big problem with the Hollywood higher ups getting wind of the fact that Levi is gay.  They cast him for the role due to his very masculine and ‘straight’ public persona and that is what they want to see on screen and in the reviews.

I will say that I thought the ‘though shalt not be gay’ mandate sounded a little far fetched, especially seeing as there are laws that prohibit that sort of attitude.  Not that it doesn’t happen, of course, but I’m not sure it sounded really believable in the story.

The author did a great job setting the scene for Starstruck.  Bluewater Bay sounds like a wonderful and sleepy little town and Levi is happy to have found refuge there. Carter was so cute in his initial adoration of his secret Hollywood crush and you could really feel how conflicted Levi was about starting a relationship with him.

If you are looking for a sweet romance with a focus on the buildup of the relationship, I think Starstruck is definitely a good choice.  And you will love the sweet HEA you finally get at the end of the book!