In Testing Lysander by L.M. Somerton, Lysander and Kyle journey together into a life of adventure, Dominance and submission, and an uncertain future. Set in the Colombian Andes,  they are on a dangerous mission to expose a terrorist group. Treacherous terrain, a hazardous climb and unexplored caves are only a small part of the dangers they face.

The newest addition to the What’s his Passion? imprint.

Feel the fear and do it anyway.

Extreme photographer Lysander Brock is accustomed to challenging places and situations but nothing can prepare him for the journey that his dominant lover, Kyle Dawson, takes him on.

A commission to photograph the cloud forests of the Colombian Andes becomes the cover for a dangerous mission to expose a terrorist group. Kyle and Lysander must negotiate treacherous terrain, a hazardous climb and unexplored caves to achieve their goal.

When Lysander is captured and tortured, he has no expectations of rescue. He understands that his life comes second to the mission but Kyle has no intention of leaving his beautiful, submissive lover in the hands of a madman. Kyle can deal with the intense pressure of fighting lethal enemies but the guilt of pushing Lysander into a life he never asked for is much harder to accept.

Lysander and Kyle journey together into a life of adventure, Dominance and submission, and an uncertain future.

Publisher’s Note: This book is a sequel to Picturing Lysander and is best read in order.

Buy it here from Totally Bound or buy on Amazon. 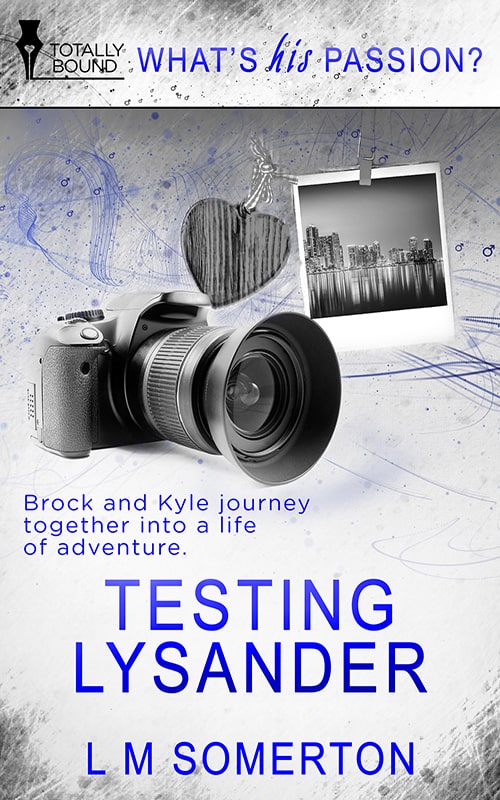 Notes from the Author on the setting:

With coastlines on the Pacific and Atlantic Oceans, Andean mountains, and Amazon basins, Colombia’s landscapes are vast and vastly diverse. While world-renowned for its richness in bird species, Colombia also has an extraordinary diversity of amphibians and mammals, as well as orchids and butterflies. I wanted to emphasise the ‘otherness’ of the situation my characters find themselves in by giving bit parts to some of the non-human residents. Though Brock and Kyle are both seasoned travellers and used to adventure, they have not been thrown in to a situation where so much is at stake before, or one which involves the person they love. The simplicity of nature became a way of diffusing the tension a little.

The cloud forests of the Colombian Andes support a vast array of wildlife, including the pacarana, Andean condor, puma, golden-plumed parakeet, red howler monkey, Andean bear, mountain tapir, and neo-tropical otter. The habitat supports several species that exist nowhere else. Whilst researching the different species I came across an article about a previously undiscovered mammal and just had to build it in. Scientists in the US discovered a new animal living in the cloud forests of Colombia and Ecuador. It has been named olinguito and is the first new species of carnivore to be identified in the Western hemisphere in 35 years. It has taken more than a decade to identify the mammal, an incredibly rare discovery in the 21st Century.

The olinguito is cute and looks a bit like a teddy bear. It’s the smallest member of the animal family that includes raccoons, measures just 14in in length, has a tail of 13-17in and weighs 2lb. It is a meat-eater but eats mainly fruit. Solitary and nocturnal animals, they spend their time in trees and female olinguitos only raise a single baby at a time.

I used olinguitos in a scene meant to show the depth of Lysander Brock’s passion for his photography. Even in the midst of life-threatening danger his creative eye frames shots and sees the world through a viewfinder. This passion transfers to his relationship with Kyle. At first, he finds it hard to give up control, but when he does he shows the same courage and trust that he shows during their mission. I found the research for this book fascinating and I hope that some of that interest is reflected in its pages. After all, who doesn’t enjoy cute men and fluffy animals in the same story? 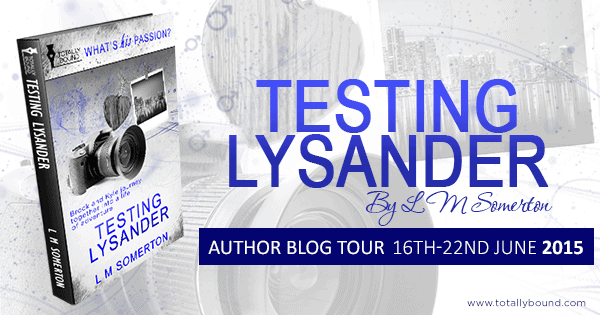 Brock grinned. “That would be your first thought—today of all days.”

“And I’ll bet yours was ‘Where’s my camera?’ wasn’t it?” Kyle looked at him expectantly.

“So, I’m predictable too. The light out there is just stunning. I won’t be long.” He grabbed his camera before Kyle’s naked chest could distract him.

“Get some water while you’re out there. I’ll rebuild the fire and get it going. I believe we have the delights of reconstituted oatmeal to tempt our taste buds this morning.”

Brock picked up the billycan and took it with him. Once he was out beyond the falls, it was hard to know where to aim his camera first. He put the can down in among some roots, then took picture after picture, delighted by the way the light reflected from so many glistening surfaces. A scurry of movement caught Brock’s eye and he zoomed in to a spot at the base of a tree. To his astonishment, a small creature—no bigger than a kitten—clung to the trunk.

“Oh my God, it can’t be!” Brock snapped off some shots and crept closer. The tiny creature didn’t run away, just stared at him with curious eyes. Farther up the trunk another animal scratched at the bark. Brock panned upwards and realized that this must be the mother of the tiny cub on the ground. “Olinguitos. I can’t believe it.” The animals seemed completely unperturbed by his presence. The baby was so small that Brock could have fit it onto his palm. He was so close that he could see its tiny, curved claws and textured foot pads. It was perfectly designed for climbing trees.

Brock forced himself to move slowly backward to the cave, never taking his eyes off the olinguito baby. He desperately wanted Kyle to get the chance to see the animals too. As he reached the waterfall, he turned to find Kyle standing there, staring.

“Are those what I think they are?” he asked.

Brock nodded. “Yes! Can you believe it? A mother and baby—and they are so fearless.” The two of them stood and watched the cute little creatures as they foraged for insects and chased up and down the tree. Eventually they disappeared upward and out of sight.

Lucinda lives in a small village in the English countryside, surrounded by rolling hills, cows and sheep. She started writing to fill time between jobs and is now firmly and unashamedly addicted.

Check out the trailer for Testing Lysander: