Series Title and Number: Roadmap to Your Heart #2 (can be read as a standalone) 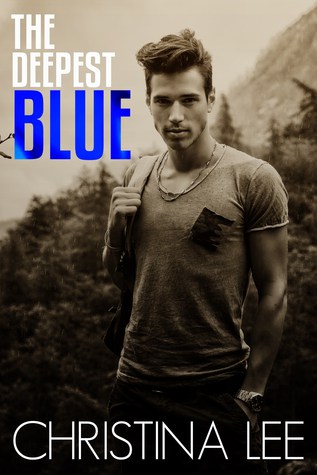 Lee exchanges skyline for swampland in the next book of her male/male romance series, Roadmap to Your Heart.

Rugged and conventional Callum Montgomery enjoys running Shady Pines hunting preserve, except for the secret that’s eating him alive. When his sister brings a date for a family wedding, he can’t stand the arrogant city slicker with the stick up his perfectly fine ass. He doesn’t understand his draw to Dean, who pushes his buttons at every turn, but he’d never dream of betraying his sibling over some lust fueled fantasy.

Handsome and conscientious Dean Abbott is a research assistant in his university’s biology lab. When his roommate, Cassie, begs him to be her pretend date in front of her meddling family, he begrudgingly agrees to help. He doesn’t anticipate being enchanted by the countryside, the colorful cast of characters, or her sexy and brooding straight brother.

When contempt turns to passion and leads to stolen moments in a sugar cane field, Callum can’t help longing for the kind of connection he believes he can never have. But not even the world’s most heart-melting kiss can bridge the vast philosophical differences between the men.

Dean’s return to his urban lifestyle leaves him restless, his mind continually wandering to the charming setting that spoke to something missing deep inside him. Because you can take the city boy out of the country but you can’t make him forget the intriguing man he left behind.

“Isn’t there some law about killing snakes in this state?” I heard our company say. Even out of the corner of my eye I could see that the guy was one of them pretty city boys. He was walking beside my sister, Cassie, who was busy filling him in on rattler containment on personal property. He must’ve been the guest she’d mentioned bringing.

Did he need to be that handsome? Too bad he had to go and open his mouth.

“We can always walk away,” I said. I didn’t dare take my eye off the rattlesnake for a second time. “But that leaves you out here with no protection.”

I heard him gulp at the same time Grammy snickered. “Sounds like our Cassie might’ve brought home some tree hugger.”

Grammy gripped the heavy rock in her fingers, ready to bash the rattler’s skull at a moment’s notice.

“They say when a rattler strikes, your blood turns to fire. Like the venom is boiling away in your veins,” I said and I could hear whatshisname’s breathing change. “You’ve got about a ninety-minute window of time before the poison spreads.”

“And then what happens?” he asked, and I could just imagine his pulse throbbing in his neck. I heard his one foot scrape across the other as if rubbing some imaginary dirt from his spotless shoes. Either that or it was some nervous tick.

I shrugged. “Then you’re dead.”

“Callum. Knock it off,” Cassie said and I could hear the tightness in her voice. It pained me that we hadn’t been in touch for a long while and I certainly didn’t want to piss her off even further.

The snake retreated toward its hiding spot and disappeared without a second glance at the mouse. Damn.

Now I looked our new guest square in the face while my irritation bubbled over. Grammy had banked on making a fresh batch today. Lately I left the hunting to my brother, Braden, but he had a full plate, so I agreed to be a stand-in. “You Cassie’s date for the wedding?”

“That’s right. I, uh, attend the same college,” he said and I couldn’t help my gaze from snagging on the deepest set of blue eyes. Not quite as dark as that tangle of hair that swept in a high arc away from his forehead. Wearing a pair of fancy designer jeans that showed off his trim form, he was smaller than me, but most guys were. And now I felt shitty for checking out my sister’s guest. “The name’s Dean Abbott.”

This was an incredibly well developed and well researched book.  Dean was smart, a wonderful friend to Cassie and just an all around great guy.  He agreed to play along with Cassie’s plan and was open minded enough to learn and adapt to a culture so different than than what he was used to.  He took Billy under his wing, was respectful to Grammy and was a very decent guy, even when Callum was being a bit of a jerk.

Callum was struggling.  He hated hiding in the closet but saw no way around it.  He struggled with the idea of disappointing his father and didn’t want to ruin the family business by coming out.  You could feel how much he wanted to create a family and a home with someone special.

I loved the research that the author put into this story.  I’m a science geek myself and loved seeing Dean trying to figure out the problems with the sugar cane crop.  I also enjoyed seeing so much info the author included on hunting and life on the preserve.  The details in this book make it so much more than just a romance!

Dean and Callum have a few issues to work out.  Callum is definitely a bit sensitive about looking ignorant in front of Dean.  He isn’t really comfortable being out in public openly as a couple, even when no one he knows is around.  They don’t magically get their happily ever after.  The end of the story comes with a promising future but one that still needs some work. It’s a realistic wrap up of a very nice romance but it isn’t a fairy tail ending.

I really enjoyed reading this story and I hope in a few years, Billy gets his own happily every after!

O nce upon a time, I lived in New York City and was a wardrobe stylist. I spent my days shopping for photo shoots, getting into cabs, eating amazing food, and drinking coffee at my favorite hangouts.

Now I live in the Midwest with my husband and son—my two favorite guys. I’ve been a clinical social worker and a special education teacher. But it wasn’t until I wrote a weekly column for the local newspaper that I realized I could turn the fairytales inside my head into the reality of writing fiction.

I’m addicted to lip gloss and salted caramel everything. I believes in true love and kissing, so writing romance novels has become a dream job.

I write Adult, New Adult, and M/M romance. I also own a hand-stamped jewelry business, which requires me to stamp letters and/or words onto pieces of silver. They go hand-in-hand perfectly.

A $10 gift card to your favorite ebook retailer: Amazon, iBooks, or B&N