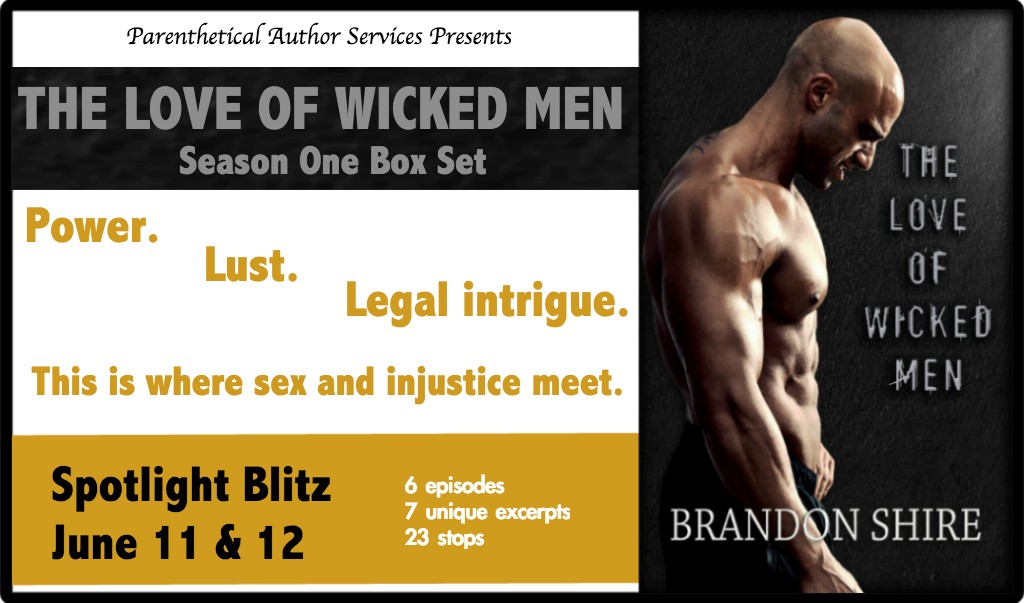 A Note from the Author:

The creation of this lengthy novel was quite an adventure. Throughout the course of writing each episode, readers were offered the opportunity to give their input and suggestions on how they thought the story should move along. And I threw in a few twists and surprises along the way, just to keep them on their toes. The Wicked Men blitz features seven unique excerpts, so don’t miss any. And don’t forget to enter the giveaway!

Sid Rivers and Jack Brown are two sides of the same coin. One is a lawyer with his own firm and dreams of money and power; the other is a criminal with a lengthy record and a quest for vengeance. When they meet, sparks fly. But was their meeting an accident? Or was it planned by the billionaires who want to control their destiny? 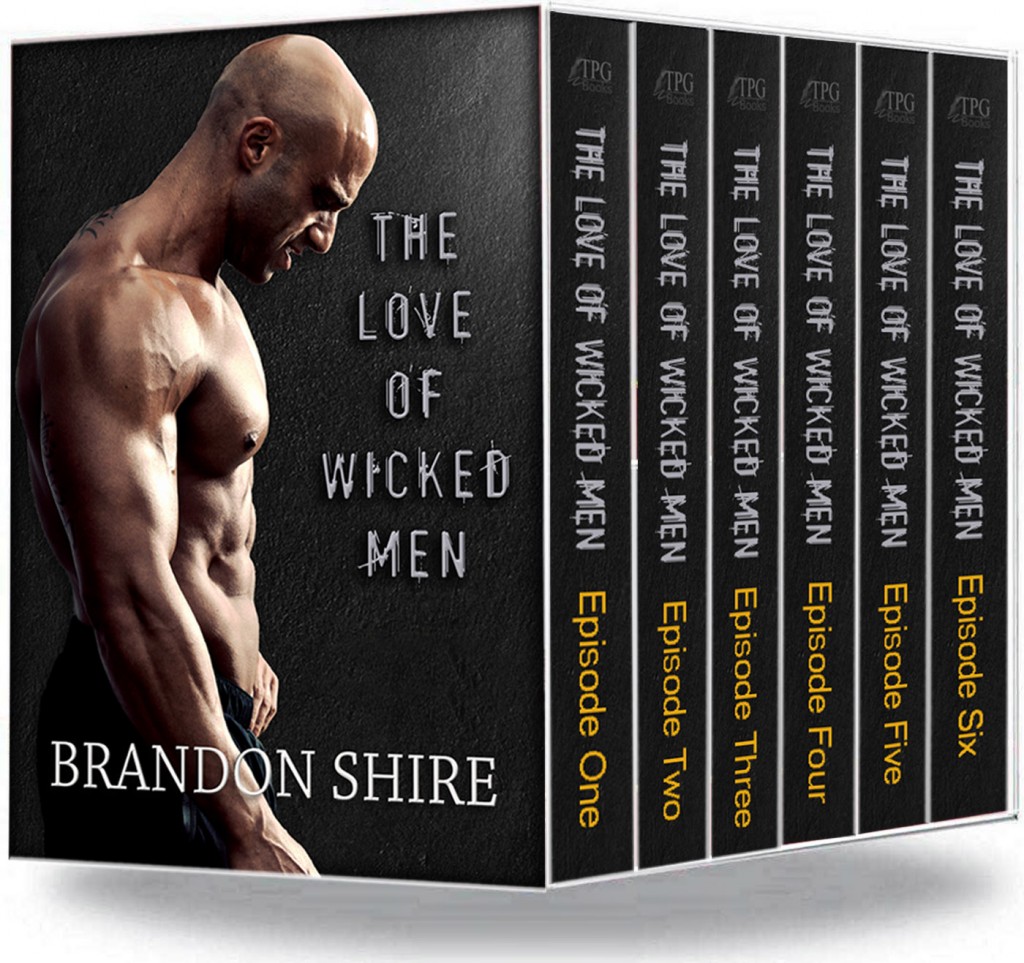 Sid Rivers sat in his law office in Huntsville, Alabama listening to his partner, Larry Dunn, bitch about the criminal trial they’d just come in from. Larry was whining like it was a major case that would affect the profits of their firm, and he was starting to piss Sid off. Rivers & Dunn had nothing to do with criminal law. There’s wasn’t enough money in it for Sid to be happy, and certainly not enough aptitude required to keep him interested.

“He stabbed you.” Larry’s volume was low, but punctuated with anger in Sid’s typically quiet office.

Sid lifted his elbow slightly, tilted his well-muscled arm away from his body and looked down at his bicep. There was a small scar just below the cuff of his tailored short sleeve shirt. It was less than an inch and would easily escape notice if you didn’t know it was there. Certainly no one would see it with his suit coat on.

Sid shook his head, disagreeing. “He just nicked me. He could’ve stabbed me if he really wanted to. It was an accident. He turned with the knife in his hand. He was as surprised as I was.”

“Accident? He was robbing the goddamn store.”

“And he looked so hot doing it,” Sid murmured with a smile. He leaned back in his chair; his hands interlocked behind his head, and blew out a breath full of unadulterated lust, his eyes immediately distant.

Sid didn’t know what happened, not really. He’d stopped to buy a pack of mints and when his eyes connected with Jack Brown, he felt an electric jolt of lust he hadn’t grappled with since college. By the look in Jack’s eyes, Sid thought he’d felt it too. Neither of them had even noticed the small cut on Sid’s arm until his shirt tinged red.

Larry threw his hands up. “It’s not just your fucking funeral, you know? We’re not in college anymore. You’re not the anti-jock all the flaming little queer boys are lusting after. That was twenty years ago.”

Sid looked at his law partner for the first time. “What’s your problem?”

“You just committed perjury. That’s my fucking problem,” Larry barked across Sid’s desk. “You could be disbarred if anyone ever found out. We could lose everything.”

“Perjury?” Sid rose from his chair and went to the private bar, pouring a glass of cognac. He swirled it in the glass for a moment, watching the liquid move. This was the Assistant DA’s fault, not his. “I didn’t pick him out in a lineup. I never identified him except in a verbal description.” Sid countered. “Patty should’ve asked me to identify him before she put me on the stand. That’s her fault. She didn’t do her follow-up. I can’t help it if she hasn’t learned how to do her job after ten years as ADA.”

“You lied because you want to fuck him.”

Buy direct from Brandon and save $1 with coupon code ilovemen at checkout!
Mobi | Epub

Also available at the following retailers:
Amazon | ARe | Kobo

Great stories should not depend on gender or sexual preference of a character, but instead upon the strength of the characters and the honesty and urgency of the story.

Regardless of the differentiation above, Brandon writes for people who enjoy being challenged, and for those who strive to understand situations they don’t typically encounter. He pens raw, emotional stories about characters, which readers will either love or love to hate.

Life and love are pretty damned special, but neither is always perfect. Life can be painful, and real love hard to find. Brandon’s fiction is an exploration of the (sometimes) arduous search for the happiness we all desire.

Using Rafflecopter below, enter to win ecopies of all Brandon’s books or one of five ecopies of The Love of Wicked Men Box Set. Open internationally. Must be 18 years or older to enter.

Diverse Reader & Boys in Our Books