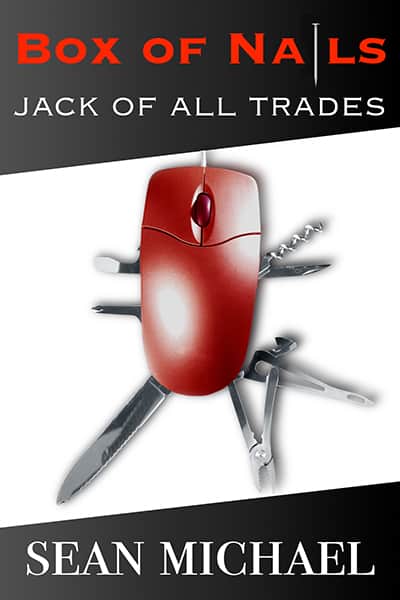 Book Name: Jack of All Trades

Brad is crashing in his cousin Stephen’s room while he tries to sort out his life. A perpetual student, he still hasn’t settled on a major after a half dozen years at University. He loves learning, but so far that’s the only thing that’s been a good fit.

Dill is a full-time Dom who hasn’t found the right sub yet. He’s not worried about it — he figures it’ll eventually happen and in the meantime, there’s plenty of boys at the Hammer Club who are eager to share a scene with an experienced master.

When Brad and Dill meet at a party at Barney and Devon‘s house for subs, the attraction is immediate and undeniable and Master Dill feels that Brad is the perfect sub for him. He also believes that as his submissive, Brad will learn the focus he needs to fulfill his potential and find satisfaction with his life. Now he just needs to help jack-of-all-trades Brad see they belong together.

Dillinger Robinson raised his hand to knock on the door, but it flew open before he had a chance to and two adorable twinks all but fell out onto the stoop. They stopped short when they saw him, one boy gasping softly.

“Sorry, Master, we didn’t see you there.”

Dill chuckled and nodded. “I take it this is where the party is?” He’d been invited by his good friend Jeff, both of them members at the Hammer, though he’d known Jeff from earlier. It was nice they had that in common. Friends not in the lifestyle didn’t always understand it.

The boy who’d spoken nodded. “Almost everyone’s in the backyard.”

“Thank you.” He stepped to the side and the two of them continued their headlong rush down the stairs and to the street.

Chuckling, he went in, closing the door behind him. From there he went up the half-set of stairs, following the noise to a large room with a circle of couches and chairs that opened up into a kitchen on the right.

There were maybe a half-dozen sweet young things there, and he could see through a window that there were indeed more people out back in the yard and on a lovely, large deck.

Jeff caught sight of him from the yard, waved, and called out loudly. “Dilly! Come on out. You want a beer?”

“Jeff!” Grinning, he headed for his friend. “A beer would be great.”

He skirted a couple more giggling boys at the door, and shook his head as he joined his friend. “You’ve got quite the zoo here.”

That had him laughing and clapping Jeff on the back. “You’ve been very scarce lately and now I know why.”

“Busy working and making love to my boy, man.”

“So do I get to meet this amazing sub who captured you?”

Jeff hadn’t been looking very hard, he knew that. Which meant his boy was special.

A sweet boy came over with two beers in hand and Dill recognized him from the Hammer. He was one hell of a bartender, quick and clever and charming as hell. “Master Dilly. Welcome. Would you like a beverage?” The beer was held out.

“Thank you very much, Paul. It’s really nice to meet you formally.” He took the beer. “You can call me Master Dill, though.” Only old friends got to call him Dilly.

“Can I get anyone else anything?” Paul asked.

“I’m good with the beer — thanks.” He smiled at Jeff as Paul wandered off again. “He’s a sweetheart.”

“He is. Honestly, he’s everything I’ve ever asked for.”

Honestly, he’d never seen Jeff so happy. “So tell me about this house. It’s yours?”

“Oh, no. I manage it for Barney and Dev. They’re the owners.”

“A pair of Doms?” Dill asked, looking around.

“Barney’s the Dom. He’s… you see the guy holding that watermelon? That’s Barn. Devvie’s probably in the center of the guys.”

“Why is he holding a watermelon?” Dill asked. A Dom and a sub owning a house full of subs. That was interesting.

“I think it’s a contest, but really, who knows?”

“A contest…” Dill chuckled and shook his head. “Okay… I’m guessing it’s quite the madhouse around here.”

“You have no idea. I have twenty-two boys right now, twenty-three if you count the castaway who everyone pretends isn’t living here.”

Dill felt his eyes widen. “Twenty-three? Wow.” He grinned. “And what exactly is a castaway?”

Jeff rolled his eyes. “Stephen has a cousin, Brad. He’s a broke perpetual student. He works wherever he can pull a shift, was sleeping on sofas. Now he has a cot and a sleeping bag in Stephen and Aaron’s room. At least he’s safe.”

Dill nodded. “It’s a good thing you’re doing here. The boys need a safe place, especially if outsiders find out what they’re into.”

“It’s a safe place. A good home for those just starting out.”

His eye was caught by a willowy, lean boy with a goatee and a little ponytail. He suddenly had the urge to control the boy with that ponytail. His cock went rock hard, his entire body responding to the thought. He breathed in, keeping his calm, but unable to keep his eyes off the boy in question. 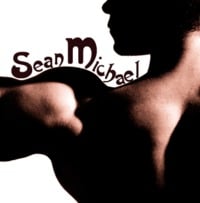 Often referred to as “Space Cowboy” and “Gangsta of Love” while still striving for the moniker of “Maurice,” Sean Michael spends his days surfing, smutting, organizing his immense gourd collection and fantasizing about one day retiring on a small secluded island peopled entirely by horseshoe crabs. While collecting vast amounts of vintage gay pulp novels and mood rings, Sean whiles away the hours between dropping the f-bomb and pursuing the kama sutra by channeling the long lost spirit of John Wayne and singing along with the soundtrack to “Chicago.”

A long-time writer of complicated haiku, currently Sean is attempting to learn the advanced arts of plate spinning and soap carving sex toys.

Barring any of that? He’ll stick with writing his stories, thanks, and rubbing pretty bodies together to see if they spark.