In One Life to Lose by Kris Ripper, Cameron  is the kind of guy who brings a book to a bar. But between a budding new romance and a serial killer, there won’t be much time left for reading any time soon!  I received one copy of this book at no charge in exchange for my honest reviews but all opinions expressed here are my own.  This post contains affiliate links.

One Life to Lose (Queers of La Vista)  by Kris Ripper

Purchase Links: One Life to Lose on Amazon 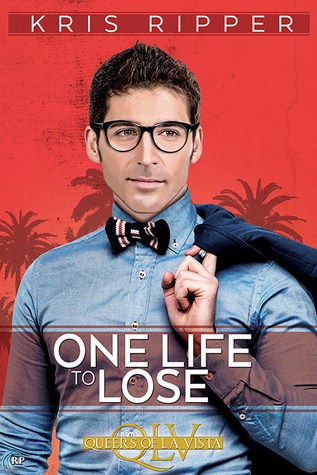 Title:   One Life to Lose

Cameron Rheingold is the kind of guy who takes a book to a bar. He’s a loner by nature, but he has to engage with the community to keep his movie theater business afloat. When two young men stay after a Cary Grant film showing to chat, Cameron thinks he might have made some new friends—but their interest is more than friendly.

Josh is charismatic, and every smile is a little bit seductive. Keith is sweet and kind, with a core of steel Cameron can sense even when Keith’s on his knees. Cameron is willing to be the couple’s kinky third, but that’s it. He refuses to risk complicating things with his growing devotion, even if being with Josh and Keith feels more right than anything else ever has.

When the three of them are attacked by the killer roaming La Vista, Cameron must decide what’s more important: pretending the assault never happened and he’s the same loner he used to be, or coming clean to Josh and Keith about how much he loves them, even if they can never return his feelings.

Ok, I hate to say that I didn’t really care for One Life to Lose by Kris Ripper.  While I think the ideas in the story had great promise, the book itself really dragged without enough focus on the romance or the murder plot to really keep my attention.  If you are a movie buff, however, there is a TON of old movie info woven into the whole story.  I think maybe the movie aspect of the story overpowered everything else though.

Cameron is running his family’s movie theater.  His parents died tragically and this is something that still really haunts him.  He is an introvert and painfully shy.  He brings a book to the bar, and has to force himself to go once a week just to get some sort of social interaction outside of work.  The story is told in Cameron’s POV so you definitely get inside his head quite a bit.  He is a bit of a nervous wreck and lacks in confidence but is a likable enough guy.  He seems a bit flat for most of the story but you do start to see a bit more life come into his character towards the end of the book.

Josh and Keith are in an established relationship but are looking to bring a third into their relationship.  Josh is charismatic, Keith is quieter but sweet and both of them are really drawn to Cameron.  You don’t get to know them as well as you do Cameron, however it is obvious that they have a very solid relationship and are both protective of Cameron and are falling in love with him, although that tidbit isn’t shared with Cameron and it causes a fair amount of angst.  Cameron sees himself as a temporary fling for the guys and really could have used some reassurance that he was important in the relationship.  Josh and Keith’s lighthearted banter seems to draw Cameron out of his shell a bit but he is still insecure about how he fits in their relationship.

I liked how the addition of a third to Keith and Josh’s relationship was discussed thoroughly between themselves and with Cameron before they actually got together.  Although, there is NO heat to this story at all.  Everything takes place off page and honestly I don’t really even feel any chemistry between these guys.  Even during their first initial explorations, everything feels very clinical rather than passionate or even romantic.

As for the serial killer angle, I don’t think enough focus was put onto it, at least in the beginning of the story.  Once you make it half way through, you start getting more drawn into the drama and angst of the murders but by then I was already starting to lose interest.  If you are a fan of old movies, there is a ton of info about them scattered throughout the story but I feel like the story line was just a bit scattered, without enough focus on the murder or the romance itself.

Overall, this story was just ‘okay’ for me and I really struggled to finish it.  It is book 4 of the series and while you can read it as a standalone, you should probably read the books in order to get to know the characters and interpersonal relationships that have already developed by the time this one is told. 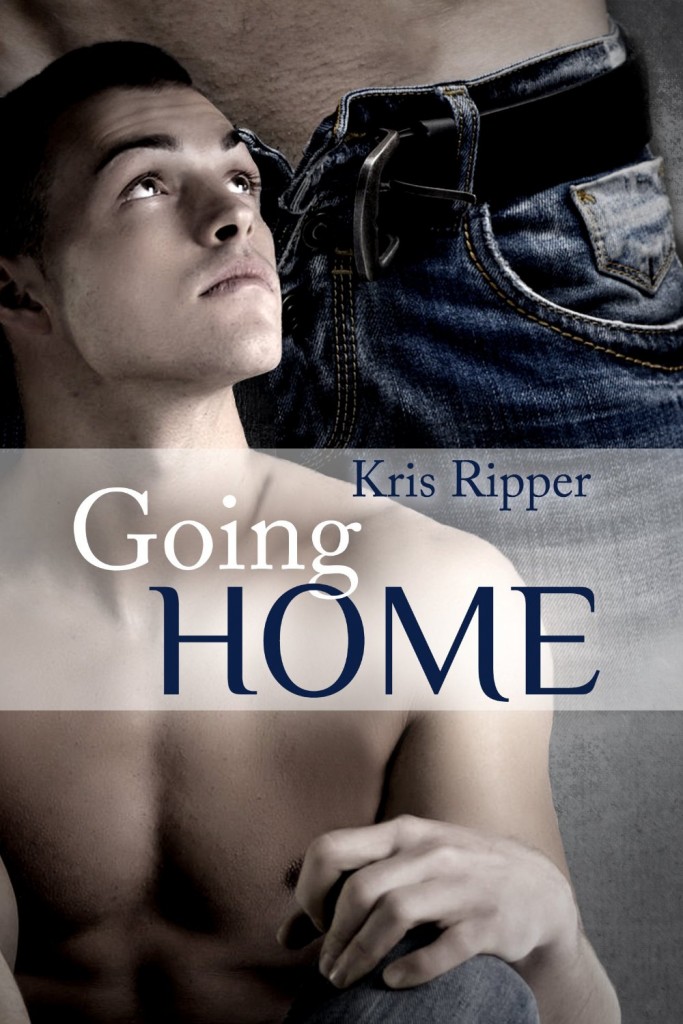