If you love romantic thriller novels, you need to read Trick Roller by Cordelia Kingsbridge.  This is book two of the Seven of Spades series and does need to be read in order.  Book one of the series, Kill Game,  was gripping and absolutely unforgettable.  Book two continues this serial killer murder mystery and gets a 5 star rating from me.  Everyone believes the serial killer Seven of Spades is dead—except Levi Abrams and Dominic Russo. Levi is sucked into a dangerous web of secrets and lies but Dominic has his own demons to battle. The Seven of Spades holds all the cards. and it won’t be long before they show their hand.

If you love romantic suspense books, start with book one of the series, Kill Game  by Cordelia Kingsbridge. You can also read the Cut and Run series, which has a similar serial killer romantic suspense story line. 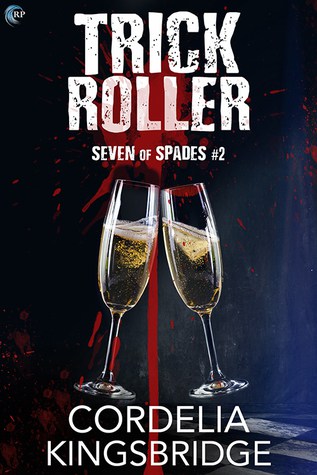 Other Books by Cordelia Kingsbridge: 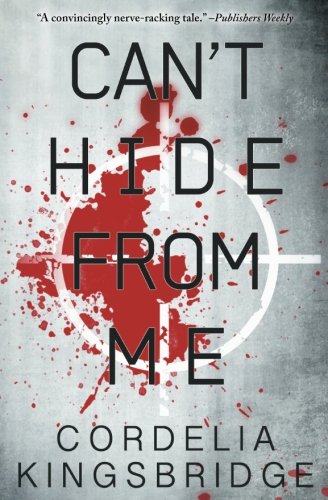 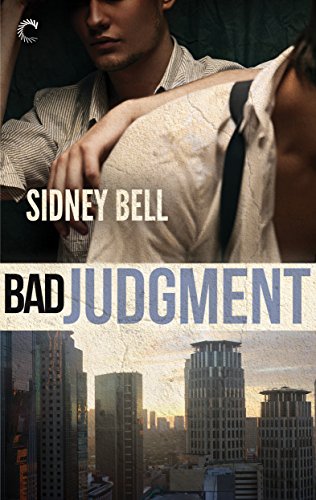 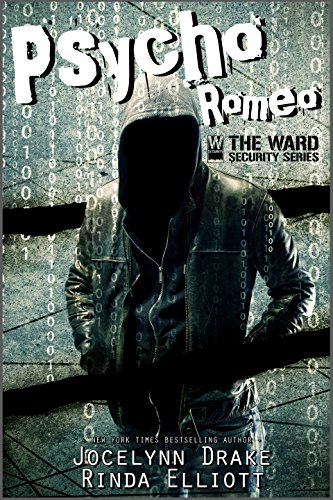 It’s the height of summer in Las Vegas. Everyone believes the serial killer Seven of Spades is dead—except Levi Abrams and Dominic Russo—and it’s back to business as usual. For Levi, that means investigating a suspicious overdose at the Mirage that looks like the work of a high-class call girl, while Dominic pursues a tough internship with a local private investigator. The one bright spot for both of them is their blossoming relationship.

But things aren’t so simple. Soon Levi is sucked into a dangerous web of secrets and lies, even as his obsession with the Seven of Spades intensifies. Dominic knows that Levi isn’t crazy. He knows the Seven of Spades is still out there, and he’ll do anything to prove it. But Dominic has his own demons to battle, and he may be fighting a losing war.

One thing is certain: the Seven of Spades holds all the cards. It won’t be long before they show their hand.

Trick Roller is book two of the Seven of Spades series by  Cordelia Kingsbridge. You definitely need to read book one first but it was phenomenal.  Go check out my review of  Kill Game by Cordelia Kingsbridge if you want to read the whole series. I highly recommend it if you enjoy romantic thriller novels.

Okay, for Trick Roller, you pretty much start where Kill Game left off.  Most people think the Seven of Spades serial killer is dead.  Except for Levi and Dominic.  Levi is investigating a suspicious death at the Mirage hotel in Las Vegas.  Dominic is working on his internship with a private detective agency.  As they work their separate cases, the relationship continues to develop and they are absolutely perfect together.  Of course, things quickly heat up (both in and out of the bedroom!) and they find themselves thrown into some dangerous situations.

While the story continues to play out, with seemingly separate investigations, things come together closer towards the end and you will be amazed at how intertwined everything gets.  If you like action, suspense, and drama, this is a phenomenal story.  It is NOT light reading but it will have you on the edge of your seat the whole time.

You meet Levi and Dominic in book one and they continue to develop, both individually and as a couple, in this book.  You get to know Dominic much better in this story, I think.  The author makes this guy so strong…but also vulnerable, especially when it comes to his gambling addition.  His internal struggles really make this guy seem so real.  Levi is hiding a bit of an obsession over the Seven of Spades mystery.  When his obsession comes to light, he is defensive and doesn’t expect the support he gets from Dominic.  But, these two guys are solid in terms of their relationship and there is a quiet strength to their bond that pulls them through this story.

Secondary characters are also very well done.  I don’t want to give away any plot spoilers but you will meet a few key characters and each of them plays a very specific role and they are incredibly well written.

So, in my opinion, the romance in romantic thriller novels should be in the background behind the mystery itself. Cordelia Kingsbridge does a great job of adding just the right amount of heat and passion to this story. It is NOT the main point of this book but the moments they have together are meaningful and scorching.

Trick Roller by Cordelia Kingsbridge combines  murder, mystery, suspense, and steamy gay romance all in one phenomenal book.  If you love romantic thriller novels, this is a series you don’t want to miss!