The Piercers Game by Sean Michael is book 6 of the Chess series but can be read as a standalone book.  I was provided with one copy of this book at no charge from the publisher in exchange for my honest review.

The Piercers Game by Sean Michael 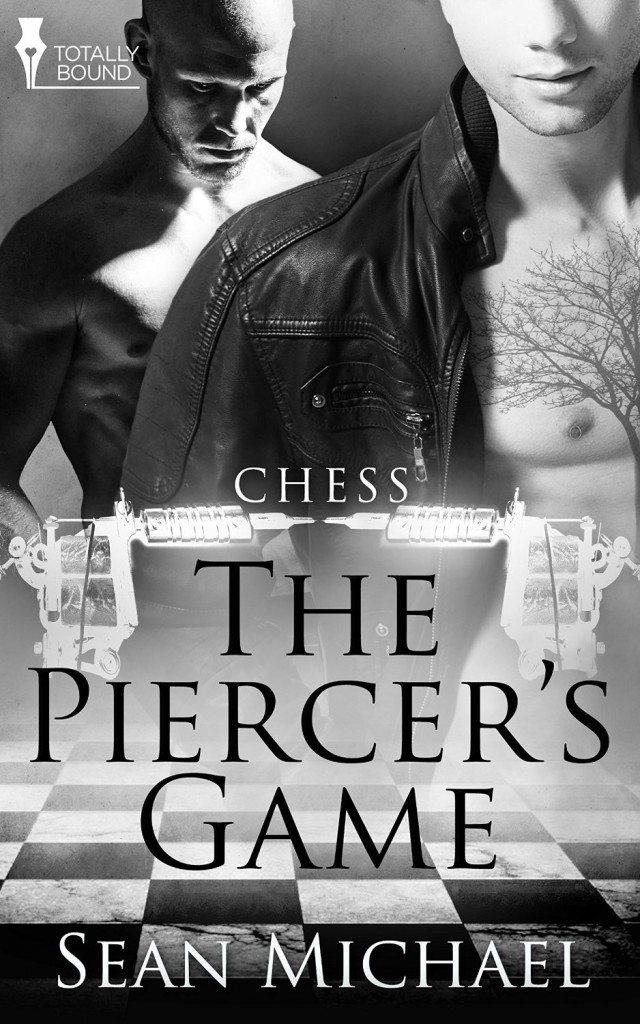 Luke’s a piercer and owns a successful business with his tattooing partner. Despite his job and his inked and pierced appearance, Luke is actually quite shy and lonely, not to mention inexperienced. An event from his past has left him unable to open up completely to anyone and it’s easier for him to just keep to himself.

Temple is a cancer survivor, coming up on five years cancer free. He’s travelling across North America on the back of his motorcycle, just going where the wind blows him. Ever since first being diagnosed, he turned into a true believer of living in the moment.

Luke has been a piercer for years and is happy as co owner of a tattoo and piercing business in a relatively small town.  After having been the victim of a sex crime many years ago he has walled himself off from other men and has zero interest in getting involved with someone. Then, Temple walks into his shop and makes Luke reconsider his single status.

Temple is a cancer survivor.  Having left the corporate rat race 5 years earlier has has turned his life around completely.  He has become a raw vegan, taken up meditation, sold all of his possessions and bought a motorcycle.  Now he goes wherever the urge strikes and tries to enjoy life every moment of every day.  And he really wants to enjoy Luke!

Luke and Temple meet, fall in love, have a VERY physical relationship and live happily ever after.  That is the basic summary of The Piercers Game.  Luke has a few sexual hangups he needs to overcome and Temple is waiting for the 5 year all clear mark from his oncologist but for the most part there is zero conflict in the story.

While I thought that The Piercers Game was a sweet story I think it was just TOO sweet.  There was never a single emotional conflict in this story…whether it was Temple’s need to have Luke not swear or Temple’s decision that Luke was going to start eating healthier….Luke just went along happily with everything he was told.    There is a lot of sex in this story although almost all of it is the exploratory kind and not full on sex.  It was well written…sweet and sexy…but the main characters spend more time IN bed than out of it.  Not necessarily a bad thing but I didn’t get as much character development as I was looking for.

The Piercers Game was a nice short story with characters I liked but didn’t really feel like I knew very well.  Their relationship was sweet and it seems like the universe really did put these two in each others path but I wanted more from them than I got.