A Way Home by Keira Andrews is the third book in the Gay Amish Romance trilogy. David and Isaac struggle to resolve the conflicts between them and deal with serious family issues.  Will returning to their Amish roots renew their faith in each other? I received one copy of this book at no charge in exchange for my honest review.  This post contains affiliate links.

A Way Home by Keira Andrews 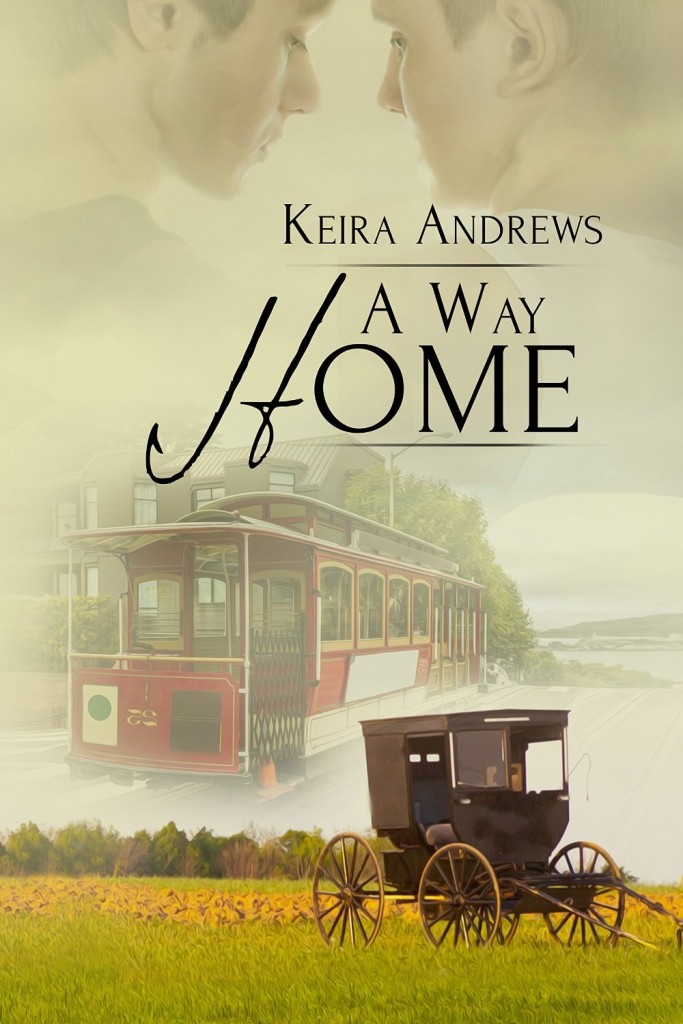 Isaac and David never thought they’d go back to the Amish world. But when Isaac’s younger brother is stricken with cancer, they don’t hesitate to return. Their relationship is on the rocks after insecurity and fear drove a wedge between them in San Francisco, and David is determined to make things right. Yet if they thought navigating “English” life was confusing, being back in Zebulon is even more complicated.

Their families are desperate to bring them back into the fold, and pressure from the community builds. Isaac and David yearn for a future together, but each day it becomes harder to hide the truth about who they really are. They’re caught between two worlds, and if they’re not careful it could tear them further apart.

Can Isaac and David make their way back to each other—and find a place to call home?

This gay romance is the final chapter in a trilogy of forbidden love.

A Way Home by Keira Andrews is the third and last installment of the Gay Amish Romance trilogy.  You definitely need to read the other two before tackling this book!  Check out my reviews of A Forbidden Rumspringa (book 1) and A Clean Break (book 2) for more info about the whole story.

In A Clean Break, we ended with David and Isaac struggling to assimilate to ‘English’ culture.  They were getting emotionally and morally lost in the culture of San Fransisco and the stress was beginning to show in their relationship with each other.  After a bit of a blowup, Isaac needs some space to think…just as he gets a phone call from home that his younger brother is dying of cancer.  A Way Home starts with Isaac on his way to Zebulon to see Nathan in the hospital.

A Way Home is a heavy and emotional read. There were tears…LOTS of tears!  But there is also hope.  A hope that David and Isaac can grab onto their love for one another and create a beautiful future together.  It made me incredibly sad to see these two beautiful men estranged from their families but their love for one another and hope for the future gave a brightness to the story that it really needed.

I was glad to see that David and Isaac resolved their argument from book 2 rather quickly.  These two guys needed to be on solid ground to deal with their families together.  I was frustrated with their family’s response to their leaving…but it was what HAD to happen in a conservative Amish community.  I hated seeing Nathan so sick and the hearing the guilt Isaac carried with him for not realizing Nathan was sick when he left. The secondary characters in A Way Home are amazing.  Aaron was so strong but you could see the hurt he carried inside.  His wife Jen amused me…such a strong, kick butt woman!  I think it is ironic that Aaron chose such a NON Amish wife!  Her very successful career and dislike of cooking were anything but ‘Amish like’!

I just cannot say enough good things about this story and I was both smiling and crying by the end of it.  Isaac and David talk out their problems.  They talk about the future and the kind of home they want to build together.  It isn’t going to happen tomorrow.  They realize that it will take time…but they have a plan and a promise to one another to keep the lines of communication open.

And can I just say that I thought it was amusing to watch David figure out that he likes being bossed around a bit in bed!  A sexy little addition to a romantic and moving story!

A Way Home is a must read…in fact you should grab book one and start the whole series right now!  But, grab the tissues and clear your schedule because you will not want to stop half way through the story!